What would you do with actionable information about every square meter on Earth,
updated every hour?
source : ICEYE SAR satellite constellation

Finnish satellite startup ICEYE and San Francisco-based satellite startup Spire, both cofounded by alums of the Forbes 30 Under 30, announced Tuesday that they are embarking on a joint project to help government and NGO customers track possible sources of crimes on the high seas, ranging from illegal fishing to piracy.

The product offered by the two companies focuses on the tracking of so-called "dark vessels"—ships on the ocean that aren't broadcasting a signal that can be tracked by the Automatic Identification System (AIS), which is used by governments and traffic control systems to monitor the real-time positions of ships at sea.
Spire already offers a service for its customers to track ships by AIS signal, but increasingly heard requests from customers around dark vessels.
"As use cases came out in discussions with customers and government, dark vessel detection became quite a popular request," Iain Goodridge, Spire's head of product marketing told Forbes.

One reason for this is that ships will often turn off their AIS when they're about to engage in illegal activity.
Those activities range from illegal fishing to dumping waste to smuggling goods to piracy.
So being able to track a ship that wasn't broadcasting its AIS is of particular interest. 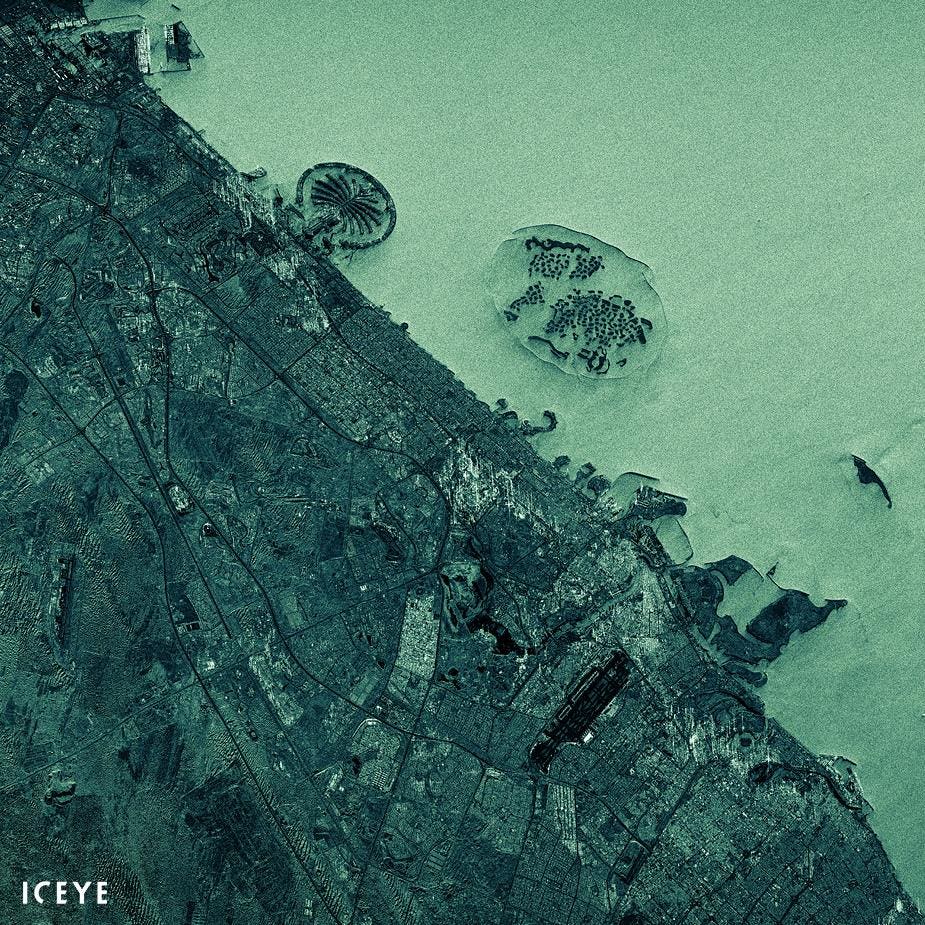 ICEYE, in the meantime, has also been offering imaging services related to shipping.
ICEYE's satellites use synthetic aperture radar (SAR) rather than cameras or spectroscopes.
SAR is a type of radar capable of creating high resolution 2- and 3-dimensional images.
It's particularly of interest for maritime applications because unlike other types of satellite imaging, SAR can be used to see through clouds and other weather to monitor the surface.

Animation of the ICEYE/Spire product

The capabilities of the two companies' satellites provided an ideal way to collaborate in order to track dark vessels, says ICEYE CSO and cofounder Pekka Laurila.
"We knew what Spire was doing and we could see the complementarity over there and vice versa."


Global Fishing Watch uses data broadcast from ships at sea to map more than 60,000 industrial-sized fishing vessels.
In 2017, nano-satellite data from Spire increased resolution by nearly doubling the data in the platform.
The two companies' collaboration will offer two basic services to detect dark vessels.
In one service model, a customer would ask the two companies to monitor a particular area of the ocean at a given time.
ICEYE would then use its satellites to locate all the ships in that area at that time, which can then be compared with Spire's detection of AIS signals.
Any ship that ICEYE detects by radar that's not broadcasting an AIS signal could then be flagged for investigation.

In the second service model, Spire would alert a customer when a vessel in an area they are interested in has turned off its AIS signal, while ICEYE would use its satellites to continue monitoring that ship so that authorities will know exactly where they should be investigating. 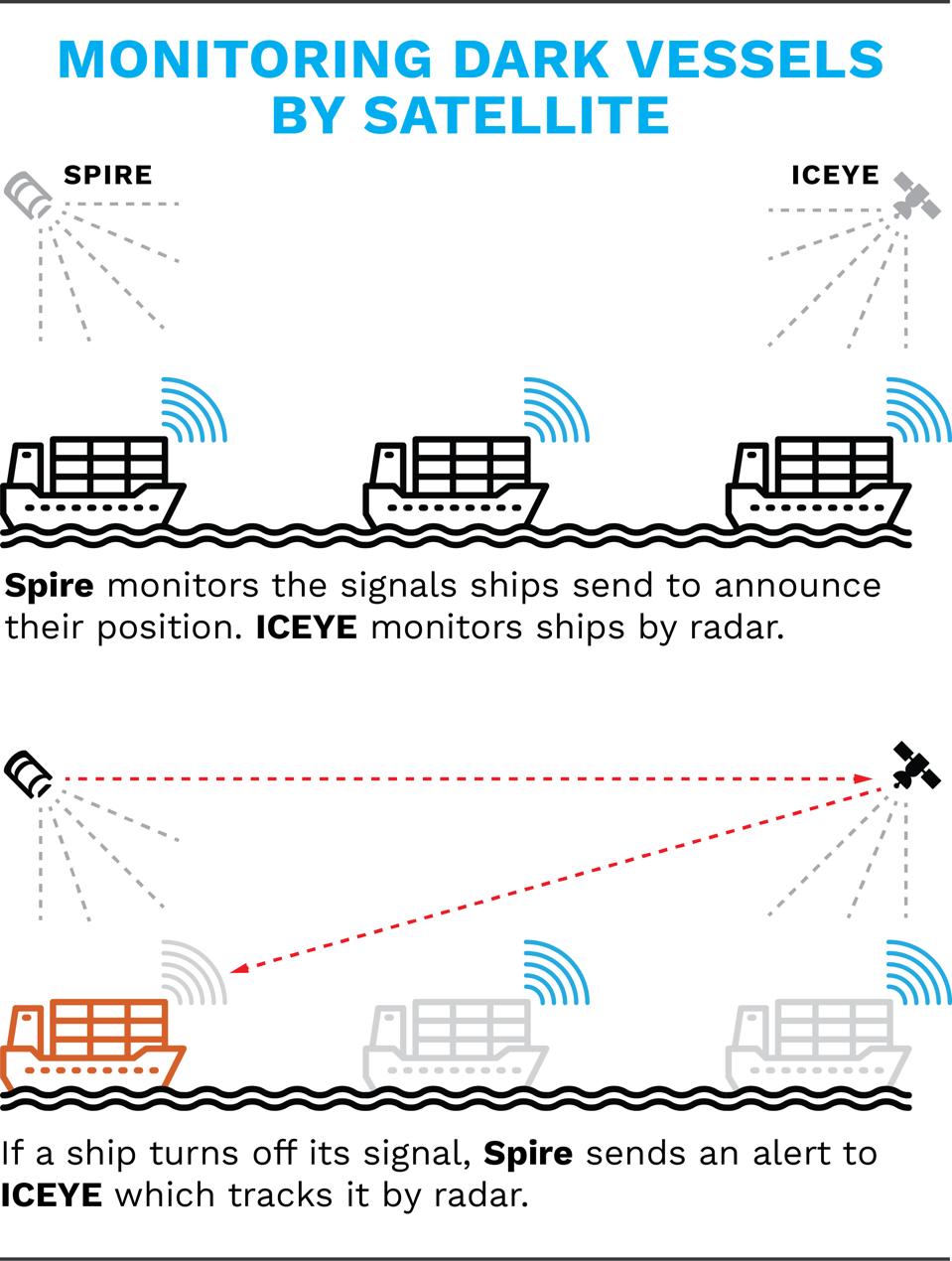 How one service model works :
ICEYE & Spire now deliver true detection of illegal and suspicious activities at seas (illegal fishing, smuggling, dumping etc).
When Spire detects a vessel switching off its AIS, then Iceye makes a Radar picture of that location and its predicted locations - at seas, through clouds and in darkness
Anton Klusener or Forbes

Spire and ICEYE won't be the first companies to offer monitoring or detecting dark vessels, but what the companies believe they bring to the table is a unique combination of capabilities that can be brought to bear more frequently than existing services.
Spire has several dozen satellites in orbit, while ICEYE has recently added two more satellites to its constellation of SAR-imaging satellites.

"Previously, dark vessels might have been detected every once in awhile but not tracked," explained Laurila.
"Or because this detection would be relatively predictable with sparse satellite flights, you could act in between flights if you were smart.
Now we're increasing potential for detection that can work as a deterrent.