100 Nautical Miles North East of Shetland
Filmed over a 3 day period, this video shows a storm in the North Sea. This ship and it's crew of 15 eat, sleep and work at sea for a month at a time.

Posted by geogarage at 1:32 AM No comments: 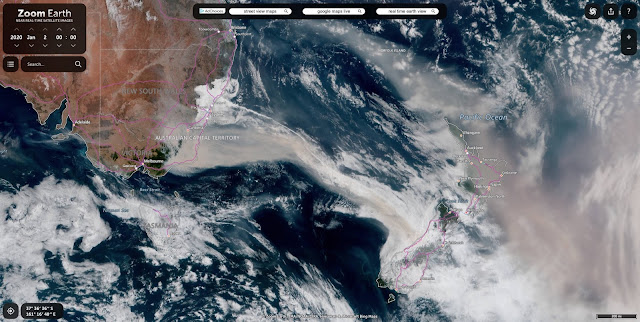 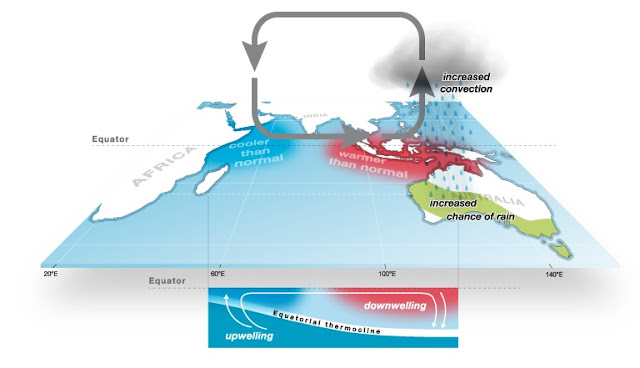 Over 50 per cent of the world's coral reefs have died over the past 30 years, and up to 90 per cent may die within the next century. To map, record and study these reefs, scientists are now turning to game technology.

Oceanographers are utilizing expertise from the gaming trade to map out the ground of the ocean, together with the coral reefs.
Scientists are mapping coral beds deep below the oceans of Japan’s Okinawa islands, in line with worldwide information community France 24.


Plot Out All the Reef

A part of the so-called 100 Islands program, these scientists are chargeable for charting and assessing the well being of coral all through the world.
Oceanographers will swim forwards and backwards throughout coral reefs taking photos.
Slowly, they’re able to plot out all the reef and sew the photographs collectively to create a digital actuality 3D reconstruction.

All that is solely doable because of developments within the online game sector, in line with Vid Petrovic, a pc scientist engaged on mapping the reefs.
“We get to make the most of the simply ridiculously highly effective hardware that exists due to video games,” Petravik mentioned holding a PlayStation four controller.
“The little, you realize, additional bits of profit when it comes to human interface units.”
Posted by geogarage at 1:29 AM No comments:

If the waves were clouds, if the clouds were verses, if the verses were dreams ... dreams would be waves like clouds in verses.
Posted by geogarage at 1:00 AM No comments:

US (NOAA) layer update in the GeoGarage platform 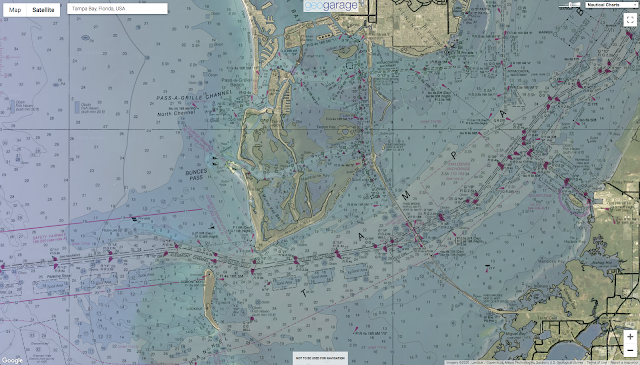 3 reasons everybody should be bodysurfing more


From The Inertia by Matty Weiler

Bodysurfing is one of the best ways to punch through the walls of my comfort zone and expand my boundaries of getting into bigger waves.

Swim fins and a chunk of wood to glide on make up the cheapest, easiest, and I will argue one of the most fun ways to get that view we’re all constantly striving to get a glimpse of.
When a friend introduced me to bodysurfing, I was a little skeptical.
But I also knew it was something I had to experience for myself to see what was behind that strange but stoked look he had in his eye.
Fins, a handplane and you do the rest.
There’s a unique beauty in just grabbing fins, a handplane, kicking into anything that comes your way, and watching the show.
We all love to use the hot-button words like soul, connection, and rhythm to describe surfing a wave. But bodysurfing is bright-eyed, unbridled adrenaline and should be part of any surf trip, surf session or day at the beach (ocean or lake).


Here my 3 reasons you should kick into a few, sans board:

1. Raise Your Comfort level
I’m grateful to my friend Joey for introducing me to bodysurfing.
It was hard to embrace his stories at first but that changed one day he handed me his spare handplane and we swam out together.
That day happened to be overhead and punchy at North Jaco Beach.
If I were surfing that day, I would have danced back and forth over which wave to paddle into.
There was bliss in the absence of hesitation when bodysurfing.
After my first proper set wave, Joey saw the look on my face and with a crooked smile said, “Yeah, you get it now.”
Hooked. I was absolutely hooked.
Comfortably stroking into waves with the handplane that day taught me how to manage a hold down and how to stay calm.
Bobbing around the line up that day gave me a massive amount of confidence that I still carry.

2. All Those Barrels
Maybe you do, but I def don’t casually slide into throaty barrels breaking over live coral.
Sure, I pull in to get the view on any surf trip but coming out clean is a different story.
Kicking into a hollow wave of any size while body surfing is immeasurably as euphoric as it gets. Handplanes are pleasurecraft on every level.
In William Finnegan’s Barbarian Days: A Surfing Life, the author describes first visions of the barrel as “[looking into the eye of God]”.
Tell me he’s wrong.

3. Wave Count
Bodysurfing can get you more waves than anyone.
Whether it’s the inside warbly ones nobody else wanted, close out sets, or the ones that somehow roll through the crowd untouched, you can stealthily cruise around the lineup and pick off what others consider scraps.

This is a movie about the beauty of the Body and the Ocean.
David Schwepps and the team slide onto some of the tastiest slices of ocean in the world.

Posted by geogarage at 1:33 AM No comments:

Last 4th December, the Maxi Edmond de Rothschild accomplished a victorious return to Brest after crossing the Atlantic in a big loop taking nearly 29 days.
At the helm of Ariane and Benjamin de Rothschild’s giant, Franck Cammas and Charles Caudrelier exploded with joy after finishing a race controlled from the beginning to end.
Nine months after their arrival within the Gitana Team, both men skippers succeeded in offering the first great off shore victory to Gitana 17, thus demonstrating that the project initiated by the five arrow team four years earlier lived up to its expectations.
The Maxi de Rothschild is the first racing maxi trimaran capable of flying in high seas.
A film by PolaRYSE : Yann Riou, on board cameraman and reporter and Eloi Stichelbaut, editing
Posted by geogarage at 1:59 AM No comments:

Using a drone, Australian tourist Dylan Brayshaw caught the moment when a woman, who swam in the tranquil waters of Hahei Beach in Coromandel (New Zealand), lived an incredible moment, surrounded by a group of three orcas. (Dec. 2018)

Posted by geogarage at 1:39 AM No comments: