Image of the week : Maheno SS shipwreck on Fraser island 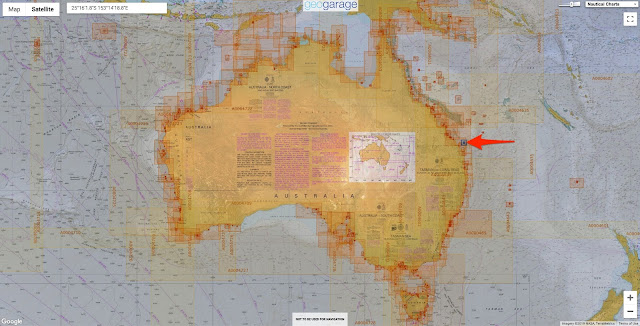 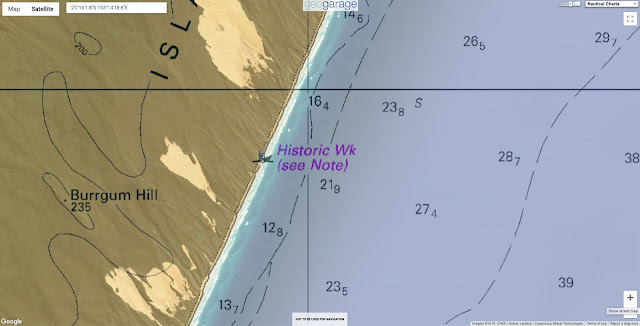 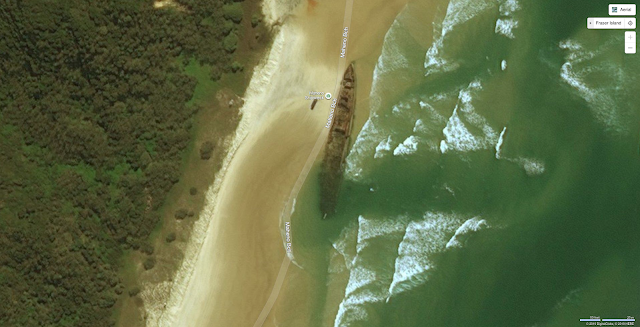 Imagery on the left, from OneAtlas, shows a shipwreck on the coast of a beach.
The zoomed in image on the right shows a more detailed view of the ship that was once used as a portable hospital in World War I.
The ship also travelled back and forth between local countries during WWI.
During a cyclone in 1935, the ship detached from a tow-line and drifted ashore, where 8 crewmen setup camp and were rescued a few days later.
images : Airbus OneAtlas

She was built for comfort, but when WWI broke out she went into service, her dining rooms converted into hospital wards, until a cyclone swept her away.

Originally constructed and used as an ocean liner sailing back and forth across the Tasman Sea, the 5,000 ton steel-hulled SS Maheno was called into duty in 1915 to serve as a hospital ship transporting casualties back and forth between Sydney and Melbourne.
She was eventually called to the UK and served the wounded soldiers in Europe, delivering them from France to England via the English Channel.

At the end of the war, the SS Maheno headed home to New Zealand to resume carting perfectly healthy humans back and forth across the waters, and in July, 1935, she was sold to an Osaka shipbreaker.
Unfortunately, she would never reach her new home, for there was a storm brewing. 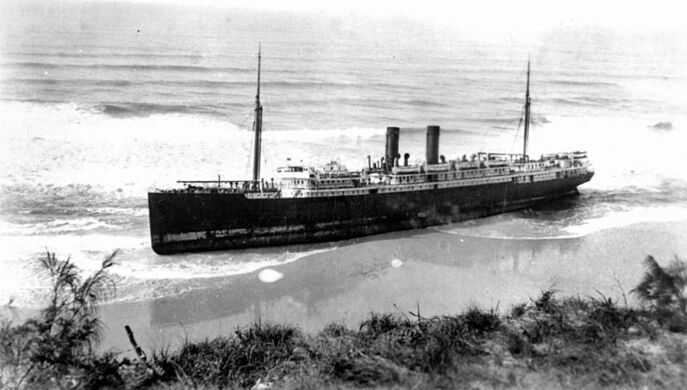 About 50 miles out from the coast, a severe cyclone whipped itself around the Maheno and the ship towing her, the 1,756-ton Oonah.
The towline was severed, and the crews were unable to reattach it as the ships heaved about in the choppy waters.
The Maheno and the eight men aboard drifted away into the dark waters, as the helpless crew aboard the crippled Oonah could do nothing but watch.

After three hand-wringing days, the ship and her camped-out crew were found beached on the shore of Fraser Island.
Attempts to re-float the liner proved to be futile, and the SS Maheno, the luxury liner that served so many wounded troops, was stripped and abandoned. 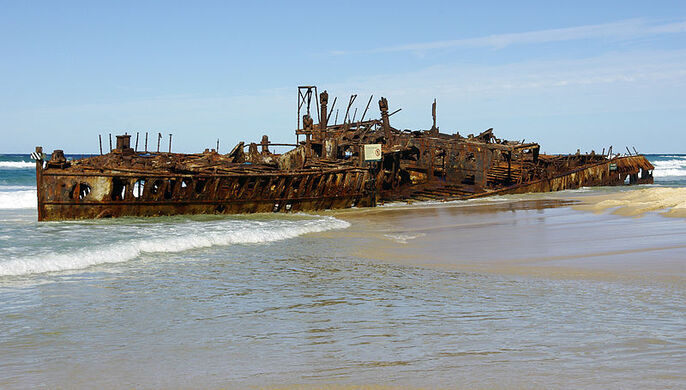 The rusty remains of the ship are still visible, but the site is extremely unsafe and is prohibited to visitors.