Plastics in oceans: more damaging than climate change ?
The United Nations estimates that each one of us uses nearly 140 kilograms of plastic each year.
At least 6.4 million metric tons of that plastic has ended up in the oceans.

For about four decades, it's been known that plastic is collecting in the open ocean.
Now, scientists have found this debris harbors unique communities of microbes, and the tiny residents of this so-called plastisphere may help break down the marine garbage.
Inhabitants of the plastisphere include members of a group of bacteria, the vibrios, known to cause disease, and microbes known to break down the hydrocarbon bonds within plastics, genetic analysis revealed.
But most important, the communities of microbes on the plastic pieces were quite different from those found in samples of surrounding seawater.
"It's not a piece of fly paper out there with things just sticking to it randomly," said study researcher Tracy Mincer, an associate scientist at the Woods Hole Oceanographic Institution, referring to the plastic.
"There are specific groups of microbes that are attracted to that environment and are adhering to it and living on it." Vibrios accounted for nearly 24 percent of the residents on one of the six small pieces of plastic used in the study.
"Because most plastic originates from land it begs the question how far these vibrios are coming from. … And are they potential pathogens, not just of humans, but for animals, such as fish," said study researcher Linda Amaral-Zettler, an associate scientist at the Marine Biological Laboratory.
Some species in the genus Vibrio cause disease, but it’s not clear what species were within the samples, since the analysis for this study did not identify individual species of bacteria.

Microplastic ingestion by zooplankton
Burrowed in

Meanwhile, microscope images revealed microbestucked into pits that conformed to the shape of their single-celled bodies.
The pits suggest the microbes are perforating the plastic and accelerating the natural weathering process, breaking it down, Mincer said.
(The researchers aren’t certain which bacteria are in the pits; most bacteria cannot be identified through microscope images.)
"Either the cells have to settle into the perfectly shaped pits or they have something to do with creating the pits," said study researcher Erik Zettler, associate dean and professor of oceanography at the Sea Education Association in Woods Hole, Mass.
If the microbes are indeed burrowing into the plastic, they may be doing so mechanically or they could be metabolizing, otherwise known as "eating," the plastic, Zettler said.
The presence of hydrocarbon-degrading bacteria, related to those that bloomed after the Deep Horizon oil spill, indicates that bacteria may indeed be responsible for the pits. 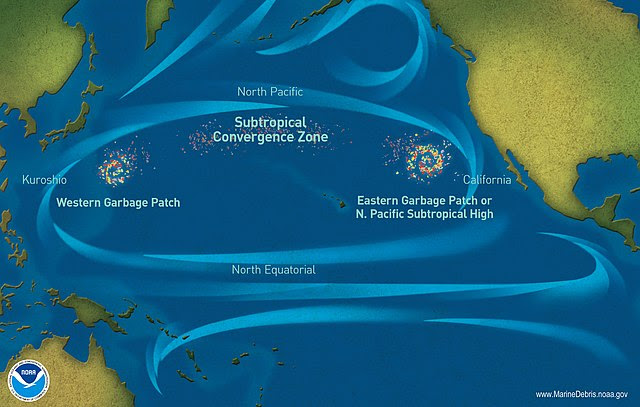 Good or bad for ocean life?

The scientists aren't sure if bacteria-aided breakdown of plastics is good or bad for ocean ecosystems.
Whereas smaller pieces may accelerate the removal of plastics from the oceans, they may also have negative consequences.
Smaller trash bits have a larger surface area (and more contact with the surrounding water) relative to volume so they can release more of the pollutants that plastics can absorb.
These itsy bits of plastic are also morelikely to enter the bottom of food chains when animals such as tiny, floating creatures called zooplankton consume them, and accumulate in the predators at the top, Zettler said.
Much of the plastic debris in the ocean has been broken down into confetti-size pieces.
During voyages in the North Atlantic, researchers and students onboard a Sea Education vessel collected bits of plastic for this study, which was published online by the journal Environmental Science & Technology on June 7.
This research is part of a National Science Foundation-funded project to study microbes living on marine plastic.
Going forward, Mincer is interested in finding the genetic mechanism that has enabled the plastic colonizers to attach to it so quickly and effectively.
"We think it may lead to a story of microbes adapting to a changing world," he said, pointing out that plastics are quite different from any surface upon which open ocean microbes would naturally settle.