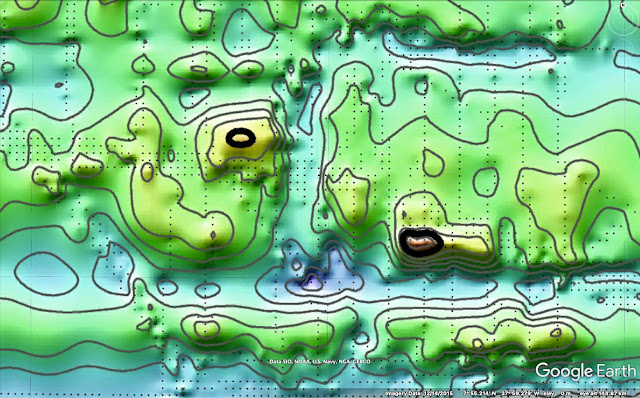 Munk moment
From IHO
The work of two outstanding scientists has been recognized this year by the IHO-IOC GEBCO Sub-Committee of Undersea Feature Names (SCUFN) through the approval of the naming of two major undersea features.
“Their reputation transcends all borders and there is not a single oceanographer or geophysicist who ignores their work” Yves Guillam, IHO Assistant Director and Secretary of SCUFN

The name “Agapova Seamount” was given in memory of Galina Vladimirovna Agapova (1930-2018), marine geomorphologist and cartographer, who started working at the Russian Academy of Sciences in 1955.
She participated in many expeditions in the Black, Caspian, and Mediterranean Seas, as well as in the Pacific and Atlantic Oceans.
She contributed to the discovery of numerous seamounts, ridges and other features of the seafloor topography.
She was the author of more than 100 scientific papers and bathymetric, geological and tectonic maps, including the 5th edition of GEBCO, International Geological and Geophysical Atlases of the Indian, Atlantic and Pacific Oceans, the International Tectonic Map of the World etc. 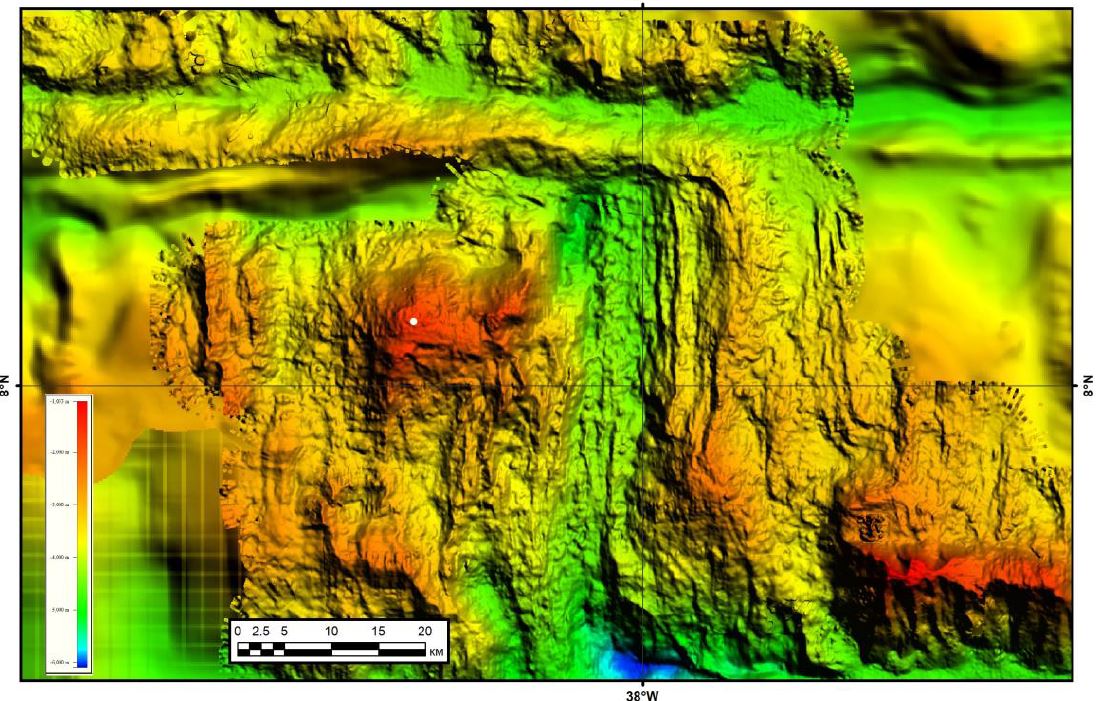 Galina Vladimirovna Agapova participated in many expeditions and contributed to the discovery of numerous seamounts, ridges and other features of the seafloor.
In some places, the Agapova Seamount has inclines 30° steep.

The “Walter Munk Guyot” was named in memory of the legendary oceanographer/geophysicist whose body of work had profound implications for science and society as a whole.
Dr.
Munk’s contributions to science throughout the latter half of the 20th century and into the present century were measured not only in terms of the new knowledge his research yielded, but in the quality and diversity of the questions he considered.
His early research on waves for example, enabled him to work out a scheme to create reliable predictions, which was subsequently used during world War II to correctly predict that the waves troops would face taking the beach in Normandy would be high but manageable.
Research on the stability in water of bodies such as buoys is still used, for example in hydrodynamic analyses when evaluating the “Munk moment”.

This guyot is located in the eastern Mid-Pacific Mountains.
Its deepest point is at 5200m and it is 3803m high. 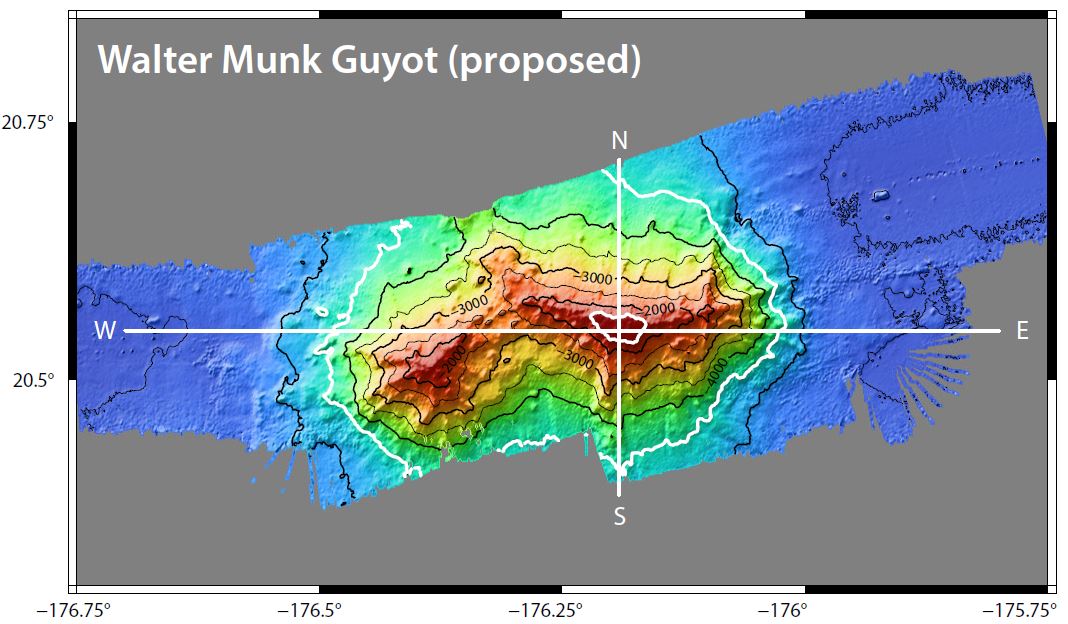 But what is a GUYOT ?
The official international definition says:
“A GUYOT is a SEAMOUNT with a comparatively smooth flat top”. 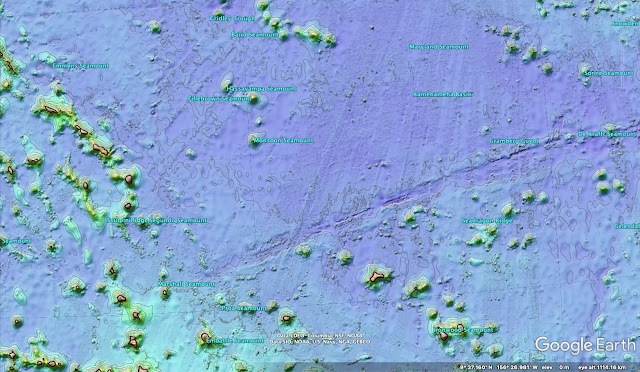 Examples of seamounts
Well… so what is a SEAMOUNT?
For the 12 Members of SCUFN (6 represent the IHO, and 6 the Intergovernmental Oceanographic Commission of UNESCO), who are responsible for developing and maintaining the Publication B-6, the standard and guidelines for Undersea Feature Naming: “A SEAMOUNT is a distinct generally equidimensional elevation greater than 1000m above the surrounding relief as measured from the deepest isobath that surrounds most of the feature.”

Seafloor bathymetry (STRM) showing seamounts  in the GeoGarage platform
Recognized scientists in marine geosciences, hydrographers, oceanographers etc may have their name in the hall of fame of the GEBCO Gazetteer, however in accordance with a resolution of the United Nations Conference on the Standardization of Geographical Names, this can only be once they are deceased (as explained in B6).

The IHO-IOC GEBCO Gazetteer is the official international record of Undersea Feature Names across the globe.
It includes an interactive 3D map of the Earth to navigate and view undersea features, as well as Polar projections and 2D maps.
It records more than 4500 undersea features and allows visitors to search, view, and download information such as geographical location, feature type (seamount, ridge...) and dimensions, the person who discovered it, and the origin of the name.
Links :
Posted by geogarage at 1:11 AM