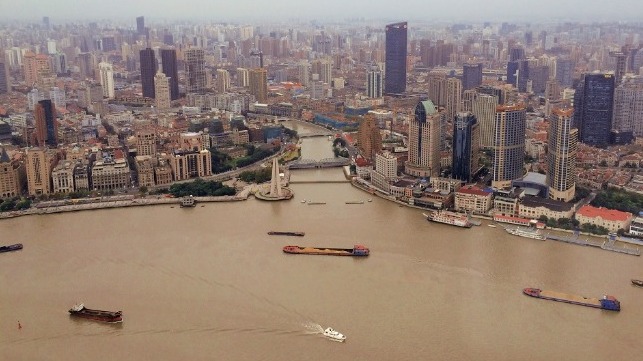 Two new Chinese laws appear to be shutting down international access to ship AIS data picked up by shoreside stations in China, according to a new report.

According to Reuters, multiple Western users of AIS data have reported plummeting volumes of received signals - and it isn't because ships have turned off their AIS transcievers.
Instead, it appears that Chinese AIS data providers are responding to the restrictions in China's new Data Security Law (DSL) and Personal Information Protection Law (PIPL), which both took effect this fall.

These two laws restrict foreign access to any "important" data with bearing on Chinese national security or key infrastructure.
The fines for companies that fail to comply with the DSL are steep, up to $1.5 million, and PIPL's penalties are even larger.

The laws are new, and much will depend on how they are interpreted by China's regulators, but they appear to have created an immediate fall-off in the availability of Chinese terrestrial AIS receiver data for foreign users. 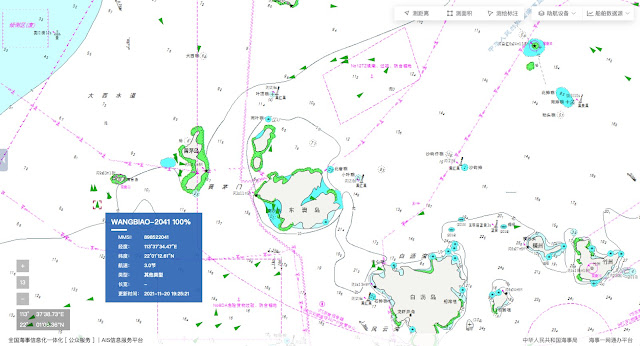 MSA Maritime Safety Administration of the People's Republic of China AIS website :
https://ais.msa.gov.cn
One Chinese AIS data vendor confirmed to Reuters that it has stopped selling to foreign parties.

UK-based consultancy VesselsValue, which uses terrestrial AIS to track shipping patterns, told Reuters that it has seen a fall-off in AIS data availability of about 90 percent across all Chinese waters.
Two other sources said that the drop was smaller, about 45 percent, but still quite significant.
Terrestrial AIS fills an important role in ship-tracking, according to Dana Goward, the former director of the U.S. Coast Guard's Maritime Domain Awareness Program. 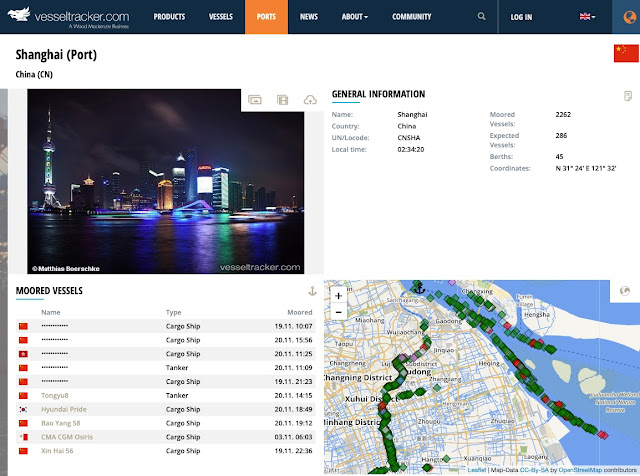 Ships' AIS signals can be received by satellites, and this may fill in part of the gap left by China's new laws, but the loss of access to terrestrial AIS will mean a steep fall-off in tracking fidelity in Chinese littoral waters.
In China's busy harbors and waterways, hundreds of ships may be broadcasting in the same small area, and it can be hard for satellite receivers to pick those tightly-packed signals apart.

The change doesn't mean that ships have stopped broadcasting AIS, so it should have little impact on safety of navigation.
However, it will make it significantly harder for foreign observers to track ship movements in and around China - including movements potentially associated with illicit or clandestine activity.
"This is an unfortunate step backward for transparency in shipping," Goward said.
Links :
Posted by geogarage at 1:22 AM