Looking like the Eye of Sauron from the Lord of the Rings Trilogy, an ancient undersea volcano was slowly revealed by multibeam sonar 3,100 metres below our vessel, 280 kilometres southeast of Christmas Island.
This was on day 12 of our voyage of exploration to Australia’s Indian Ocean Territories, aboard CSIRO’s dedicated ocean research vessel, the RV Investigator.

Previously unknown and unimagined, this volcano emerged from our screens as a giant oval-shaped depression called a caldera, 6.2km by 4.8km across.
It is surrounded by a 300m-high rim (resembling Sauron’s eyelids), and has a 300 m high cone-shaped peak at its the centre (the “pupil”).

Sonar image of the ‘Eye of Sauron’ volcano and nearby seamounts on the sea bed south-west of Christmas Island.
Phil Vandenbossche & Nelson Kuna/CSIRO, Author provided

A caldera is formed when a volcano collapses
The molten magma at the base of the volcano shifts upwards, leaving empty chambers.
The thin solid crust on the surface of the dome then collapses, creating a large crater-like structure
Often, a small new peak then begins to form in the centre as the volcano continues spewing magma.
One well-known caldera is the one at Krakatoa in Indonesia, which exploded in 1883, killing tens of thousands of people and leaving only bits of the mountain rim visible above the waves.
By 1927, a small volcano, Anak Krakatoa (“child of Krakatoa”), had grown in its centre. A great eye, wreathed in flame emerging from the seabed
In contrast, we may not even be aware of volcanic eruptions when they happen deep under the ocean.
One of the few tell-tale signs is the presence of rafts of light pumice stone floating on the sea surface after being blown out of a submarine volcano.
Eventually, this pumice stone becomes waterlogged and sinks to the ocean floor.
Our volcanic “eye” was not alone.
Further mapping to the south revealed a smaller sea mountain covered in numerous volcanic cones, and further still to the south was a larger, flat-topped seamount.
Following our Lord of the Rings theme, we have nicknamed them Barad-dûr (“Dark Fortress”) and Ered Lithui (“Ash Mountains”), respectively. 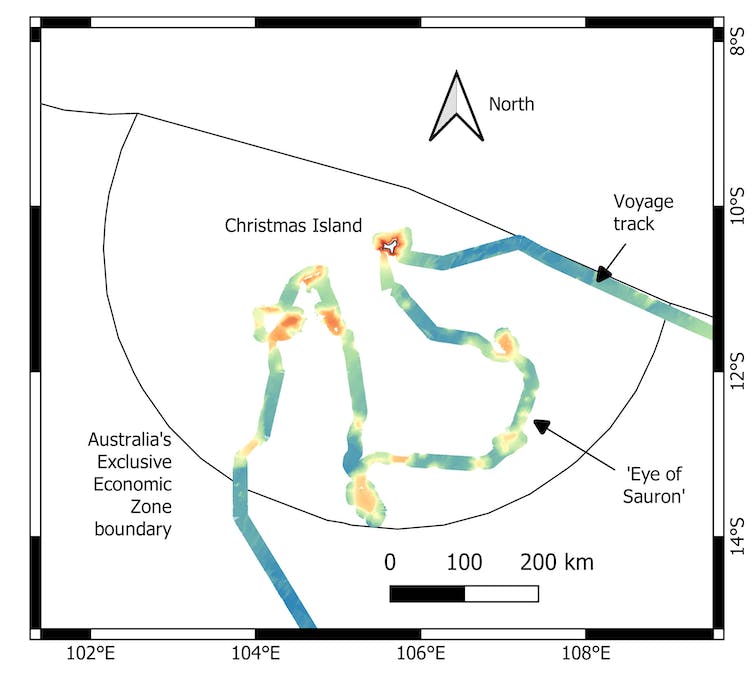 The voyage of the RV Investigator around Christmas Island.
Tim O'Hara/Museums Victoria

Localization with the GeoGarage platform (AHS nautical raster chart)
Although author J.R.R. Tolkein’s knowledge of mountain geology wasn’t perfect, our names are wonderfully appropriate given the jagged nature of the first and the pumice-covered surface of the second.
The Eye of Sauron, Barad-dûr, and Ered Lithui are part of the Karma cluster of seamounts that have been previously estimated by geologists to be more than 100 million years old, and which formed next to an ancient sea ridge from a time when Australia was situated much further south, near Antarctica. The flat summit of Ered Lithui was formed by wave erosion when the seamount protruded above the sea surface, before the heavy seamount slowly sank back down into the soft ocean seafloor.

The summit of Ered Lithui is now 2.6km below sea level.

A flyby of the seamounts, south of Christmas Island.
3D imagery courtesy of CSIRO/MNF, GSM
But here is the geological conundrum.
Our caldera looks surprisingly fresh for a structure that should be more than 100 million years old.
Ered Lithui has almost 100m of sand and mud layers draped over its summit, formed by sinking dead organisms over millions of years.
This sedimentation rate would have partially smothered the caldera. Instead it is possible that volcanoes have continued to sprout or new ones formed long after the original foundation.
Our restless Earth is never still. 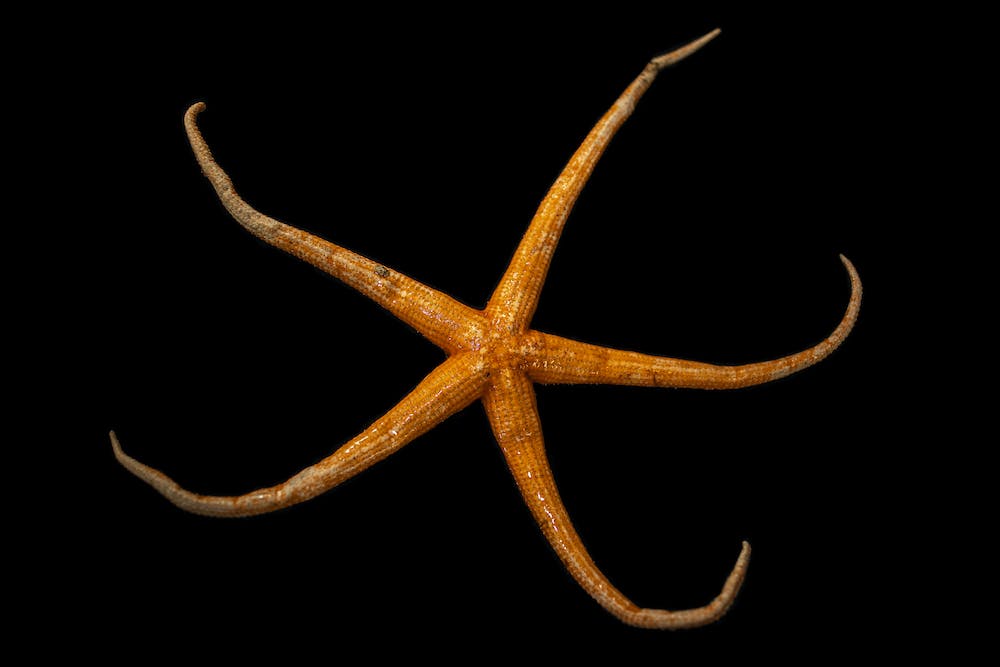 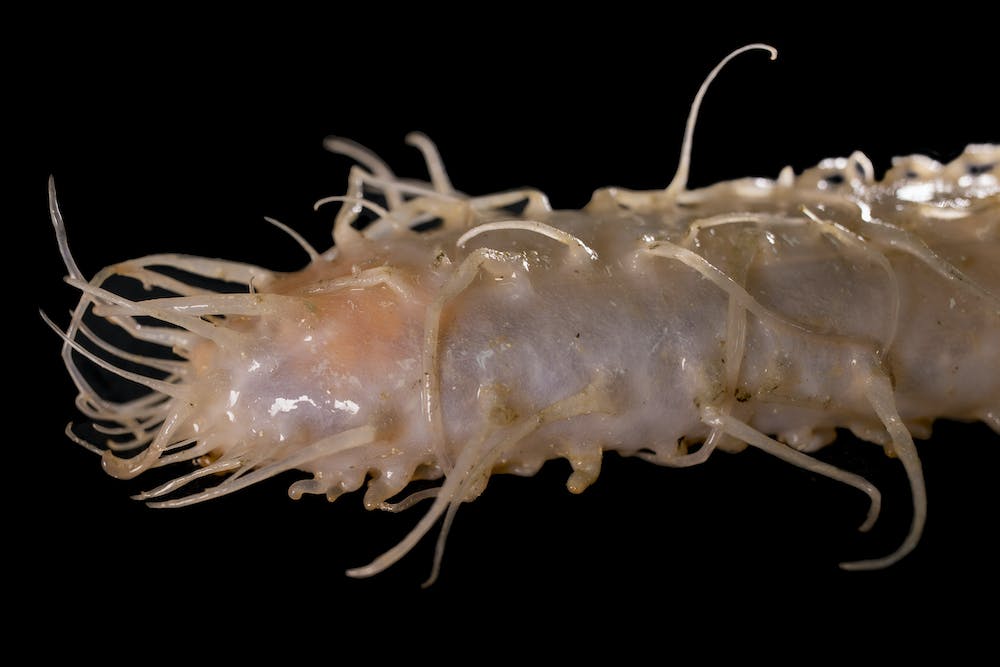 Our mission is to map the seafloor and survey sea life from these ancient and secluded seascapes.
The Australian government recently announced plans to create two massive marine parks across the regions.
Our expedition will supply scientific data that will help Parks Australia to manage these areas into the future.

Scientists from museums, universities, CSIRO and Bush Blitz around Australia are participating in the voyage.
We are close to completing part one of our journey to the Christmas Island region.
Part two of our journey to the Cocos (Keeling) Island region will be scheduled in the next year or so.
No doubt many animals that we find here will be new to science and our first records of their existence will be from this region. We expect many more surprising discoveries.
Links :
Posted by geogarage at 1:05 AM