Autosub Long Range (aka Boaty McBoatface) is an autonomous underwater vehicle developed at the National Oceanography Centre Southampton.
For its maiden voyage, University of Southampton oceanographers led by Alberto Naveira Garabato deployed the ALR around Orkney Passage as part of the DynOPO (Dynamics of the Orkney Passage Outflow, ) field operations in 2017.
During the recent DynOPO 2017 cruise, we created a fly-through animation of Autosub Long Range's voyage (3.5 days, compressed into 3.5 minutes) to visualise its progress.
It has cameo appearances by a Rockland Vertical Microstructure Profiler and the British Antarctic Survey ship, the RRS James Clark Ross.
The animation itself uses the ALR's pitch, heading, roll, propeller speed and position information, the JCR heading and position, and the VMP position and depth.

Data collected during the April 2017 expedition – published this week in the scientific journal PNAS – will help climate scientists build more accurate predictions of the effects of climate change on rising sea levels. 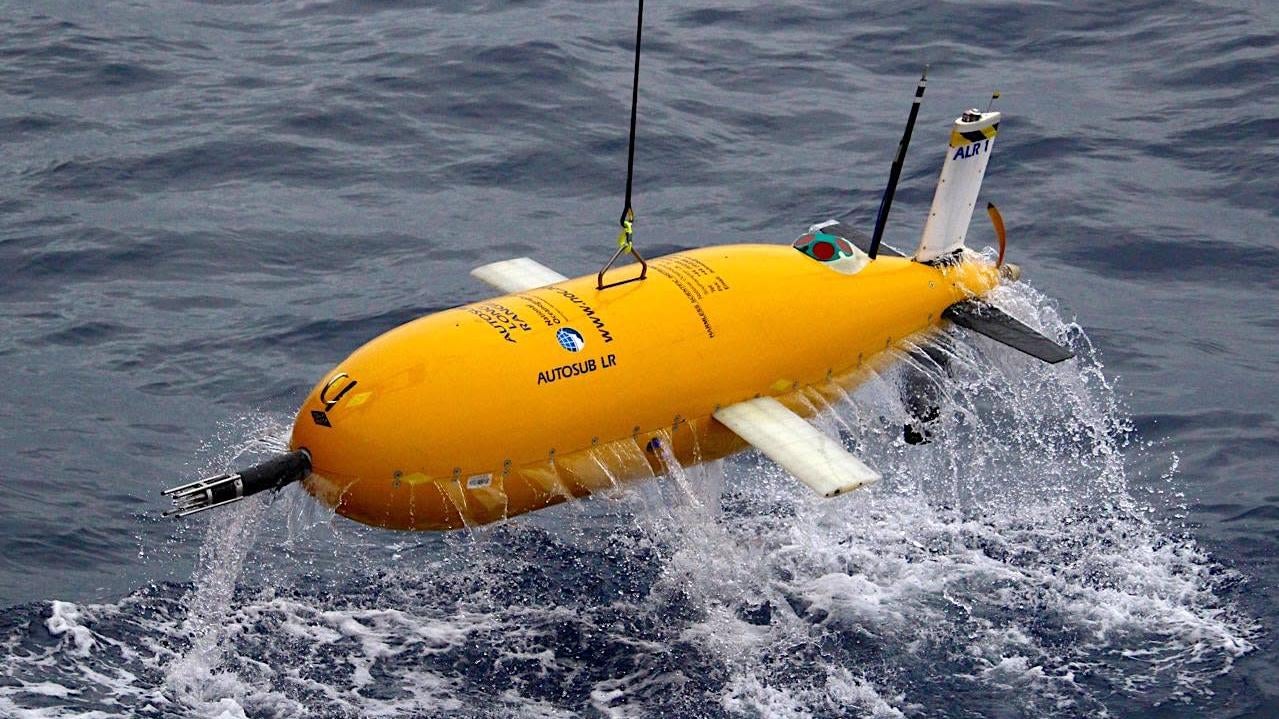 Boaty McBoatface, fresh off of doing science.
Using a combination of Boaty’s data and measurements collected by the RRS James Clark Ross, researchers were able to identify a previously unknown mechanism allowing the winds blowing over the Southern Ocean — which have been getting stronger in recent decades due to climate change — to increase the turbulence deep beneath the ocean’s surface.
Photo: NOC

The research studied the changing temperatures at the bottom of the Southern Ocean.

During the three-day mission, Boaty travelled 180 kilometres through mountainous underwater valleys measuring the temperature, saltiness and turbulence of the water at the bottom of the ocean.
Using an echo sounder to navigate, Boaty successfully completed the perilous route, reaching depths of up to 4000 metres, to re-unite with the rest of the project team at the programmed rendezvous location where the sub was recovered and the data collected along its route were downloaded.

In recent decades, winds blowing over the Southern Ocean have been getting stronger due to the hole in the ozone layer above Antarctica and increasing greenhouse gases.
The data collected by Boaty, along with other ocean measurements collected from research vessel RRS James Clark Ross, have revealed a mechanism that enables these winds to increase turbulence deep in the Southern Ocean, causing warm water at mid depths to mix with cold, dense water in the abyss.


The resulting warming of the water on the seabed is a significant contributor to rising sea levels.
However, the mechanism uncovered by Boaty is not built into current models for predicting the impact of increasing global temperatures on our oceans.
Boaty’s mission was part of a joint project involving the University of Southampton, the National Oceanography Centre, the British Antarctic Survey, Woods Hole Oceanographic Institution, and Princeton University.

Professor Alberto Naveira Garabato from the University of Southampton – who led the project – said: “Our study is an important step in understanding how the climate change happening in the remote and inhospitable Antarctic waters will impact the warming of the oceans as a whole and future sea level rise.”

Dr Eleanor Frajka-Williams of the National Oceanography Centre said: “The data from Boaty McBoatface gave us a completely new way of looking at the deep ocean – the path taken by Boaty created a spatial view of the turbulence near the seafloor.”


Scientists and engineers aboard BAS research ship RRS James Clark Ross have deployed the unmanned submersible Autosub Long Range - also known as Boaty McBoatface - for the first time. 5April 2017).
They are in the Weddell Sea in Antarctica to study how turbulence in the deepest water masses affects global climate.

Dr Povl Abrahamsen of the British Antarctic Survey said: “This study is a great example of how exciting new technology such as the unmanned submarine Boaty McBoatface can be used along with ship-based measurements and cutting-edge ocean models to discover and explain previously unknown processes affecting heat transport within the ocean.”

In 2018, ALR completed its first successful under ice mission beneath the Filchner Ice Shelf in West Antarctica.
This success marked a further significant milestone in proving the vehicle’s pioneering capabilities.
ALR recently featured in a BBC News article ‘Super-tough drones and robots going where we can’t’.
Image gallery of the ALR deployment in the Southern Ocean.