AIS gets an upgrade 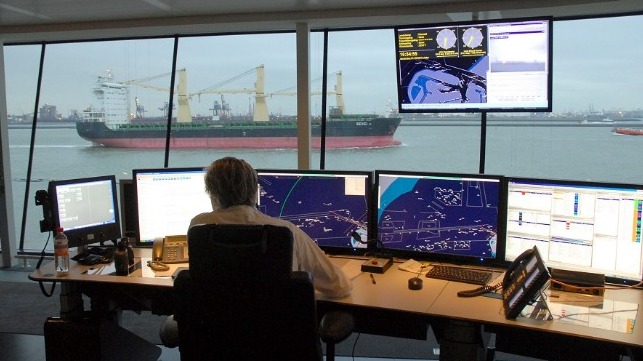 AIS has made it far easier for navigators to identify vessel movements for collision avoidance, and it has made shipping far more transparent by enabling worldwide vessel tracking services.

The industry has grown since AIS rolled out in the early 2000s, and a much-needed update is on the way: VHF Data Exchange System, or VDES, which will incorporate AIS plus several valuable new functions. 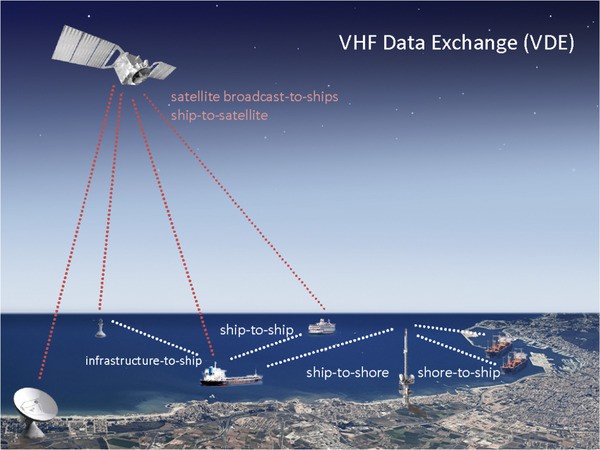 VDES will operate in VHF frequencies adjacent to the existing AIS channel, and will use a different network protocol to increase its throughput capacity.
This will boost the system's capacity for ship-to-ship, ship-to-shore, ship-to-satellite and virtual ATON applications, eliminating the network limitations that affect high-traffic areas today.
It will have up to 30 times more bandwidth, which will also give it more capacity for sharing weather forecasts, alerts and other data packets that are a bit too large for AIS. 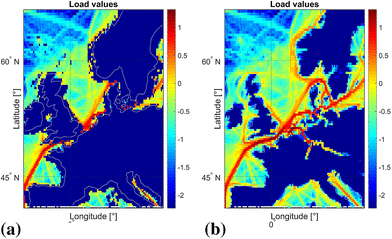 Vessel traffic along Western Europe given by ExactEarth.
a Expected coverage for satellite VDE beyond the coverage of the coastal stations.
b Expected traffic density overall


VDES is also expected to increase navigation data security by adding access control and authentication features for AIS radio traffic.
Since it is authenticated, it could be used to provide warning in the event of GNSS jamming and spoofing, according to Johan Lindborg, project manager for marine and defense tech company Saab.
Saab is already working on type approval for a VDES-capable AIS base station, with an upgrade path for full VDES available by 2021 - about the same time that the new protocol is expected to enter into operation. 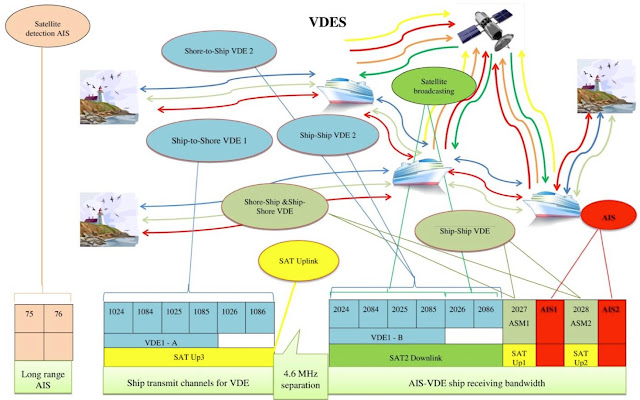 VDES may also incorporate a dedicated channel for two-way VHF ship-to-satellite communications, which could be used to share ice routes, weather updates or GNSS status reports, among other uses.
The International Telecommunication Union will consider setting aside a channel for this purpose at a meeting in November.

The new protocol could also provide the backbone for a backup positioning system in the event of GNSS spoofing or jamming.
Researchers from the German Aerospace Center are now testing a new terrestrial navigation system, R-Mode, which leverages existing radionavigation transciever stations on shore (DGNSS reference stations and AIS base stations) to transmit timed positioning signals.
Since the cost of implementation is low relative to a full-fledged, purpose-built system like eLoran, R-Mode is a promising way to bring resiliency to e-navigation, according to IALA.