Martin Behaim's Erdapfel (earth apple) is the oldest surviving terrestrial globe.
It exists in only one manuscript copy painted by Georg Glockendon, held Nuremberg, Germany.
It shows the world according to Ptolemy and other sources, before the discovery of America by Columbus in the same year as the globe was made, 1492.
Behaim's globe vividly shows the earth without America and illustrates why Columbus thought he could sail directly west from Europe and land in China and the East Indies. 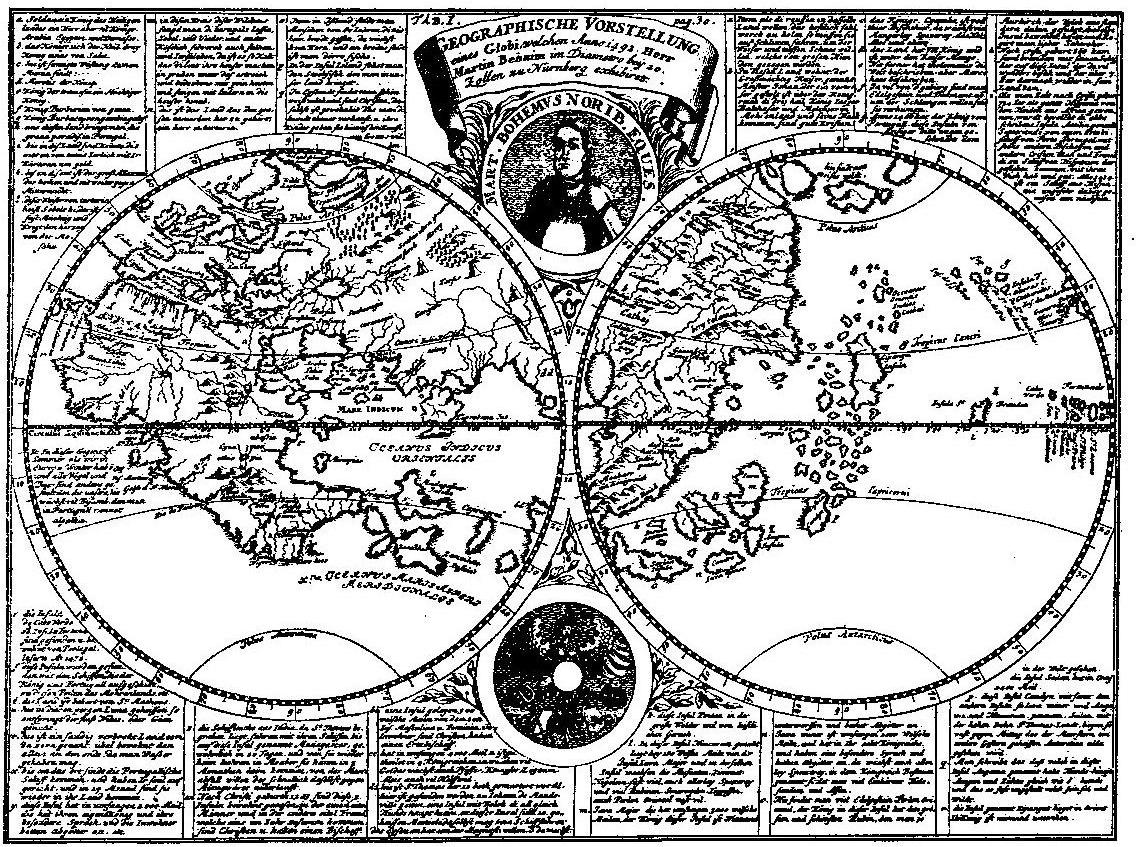 This facsimile of Behaim's globe gores and callots was made by E.G. Ravenstein in 1908 and is generally considered the best available facsimile.
It is based on both the original globe and an earlier facsimile made in 1847 by E.F. Jomard, as well as other sources for the notes and place names.
While it is by no means a completely faithful copy of the original, it does express the overall intent of Behaim's globe.
We have georeferenced the 12 globe gores and 2 polar callots, allowing the reprojection of the 14 separate sections into continuous world maps on several different projections.