Beneath the waves, coral reefs are dying on a massive scale.
These scientists and filmmakers are fighting to stop it.
Jeff Orlowski about how 50% of the world's coral disappeared in the last 30 years.


From NYTimes by Nicole Herrington

Imagine witnessing the untimely death of a vibrant, otherworldly being.
As it succumbs to an invisible menace, this entity’s colors (brilliant shades of amber, magenta, chartreuse) turn fluorescent blue and purple and green before fading to bright white.
As it decays, wisps of sludge drip from the skeletal remains.

Apocalyptic sci-fi?
This is real life, in the documentary “Chasing Coral.”
And it’s an environmental tragedy of our own making, the film heartbreakingly argues, that has little hope of being reversed without immediate human intervention. 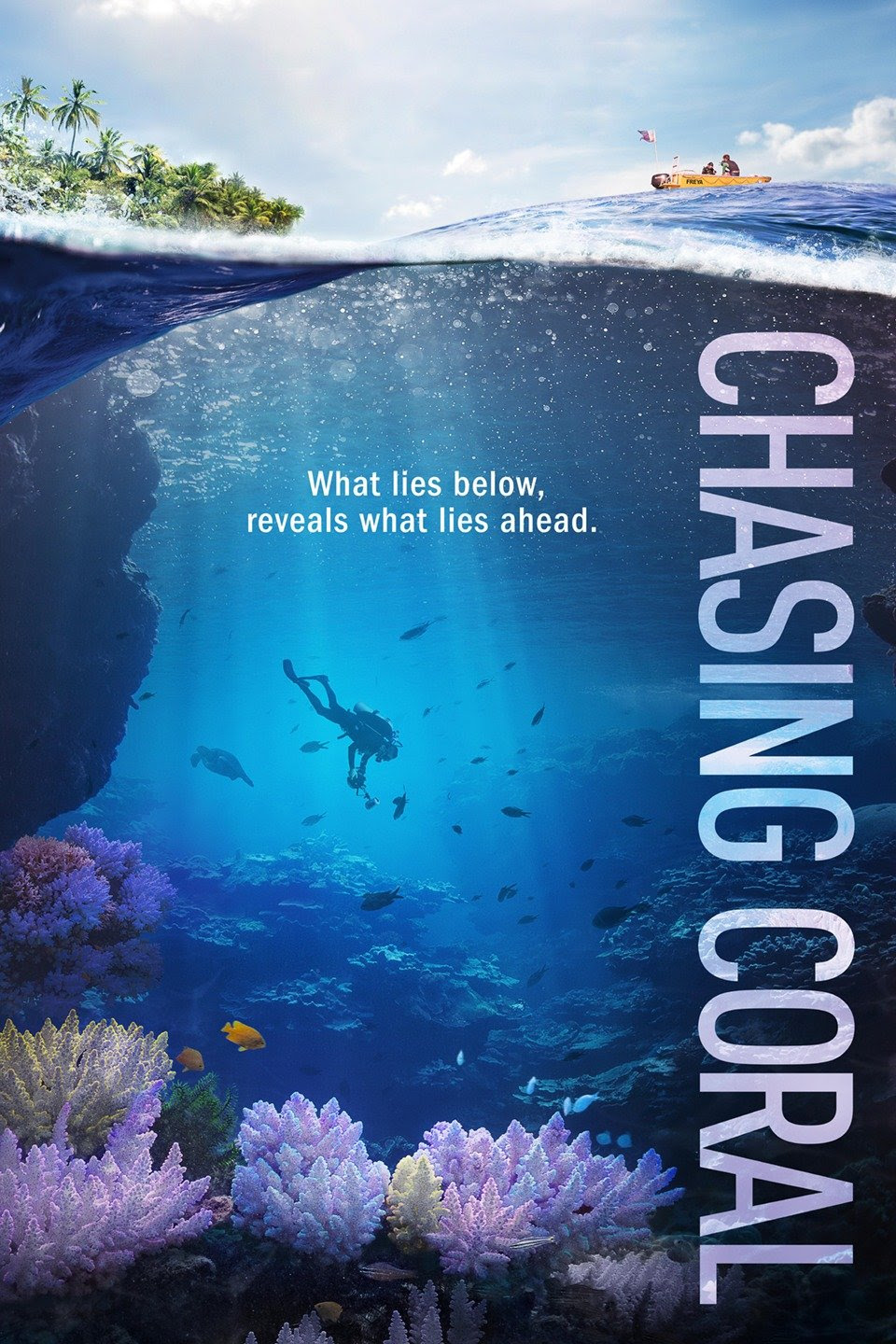 The director Jeff Orlowski and Richard Vevers, the founder of the Ocean Agency and a driving force behind this film, teamed up to show the toll of climate change on coral reefs.
Using his 2012 documentary, “Chasing Ice,”in which time-lapse technology showed the melting of glaciers, as his guide, Mr. Orlowski frames “Chasing Coral” with a similar structure.
But setting up time-lapse camera rigs deep underwater off the coasts of Caribbean islands, Hawaii and Australia proved problematic.
At one point, the assembled team of researchers has to document the deadly transformation of the Great Barrier Reef manually: diving with special cameras to meticulously record the day-to-day changes on the ocean floor.
Once-thriving marine metropolises, teeming with sting rays, turtles, little yellow fish and big-eyed predators, gradually wither away into a wasteland of muck.

The film gives a scientific breakdown of the biology of coral (these complex organisms play a vital role in the marine ecosystem) and the cause of the bleaching events leading to its demise: Trapped greenhouse gases have been warming oceans more rapidly since the 1980s, and a two-degree increase is fatal.
But the film is particularly compelling when following Zack Rago, a self-proclaimed coral nerd whose love is palpable and infectious.
The work takes a toll on his spirits, never more so than when after weeks of dives, he encounters what has essentially become a grave site, barely resembling what was once a fertile haven.

Perhaps the most striking moment is when the divers must cross the deck of a party boat to gain access to a section of the Great Barrier Reef.
The revelers hardly even notice the weary dive team, trying to spread the word of imminent doom.
Links :
Posted by geogarage at 1:13 AM