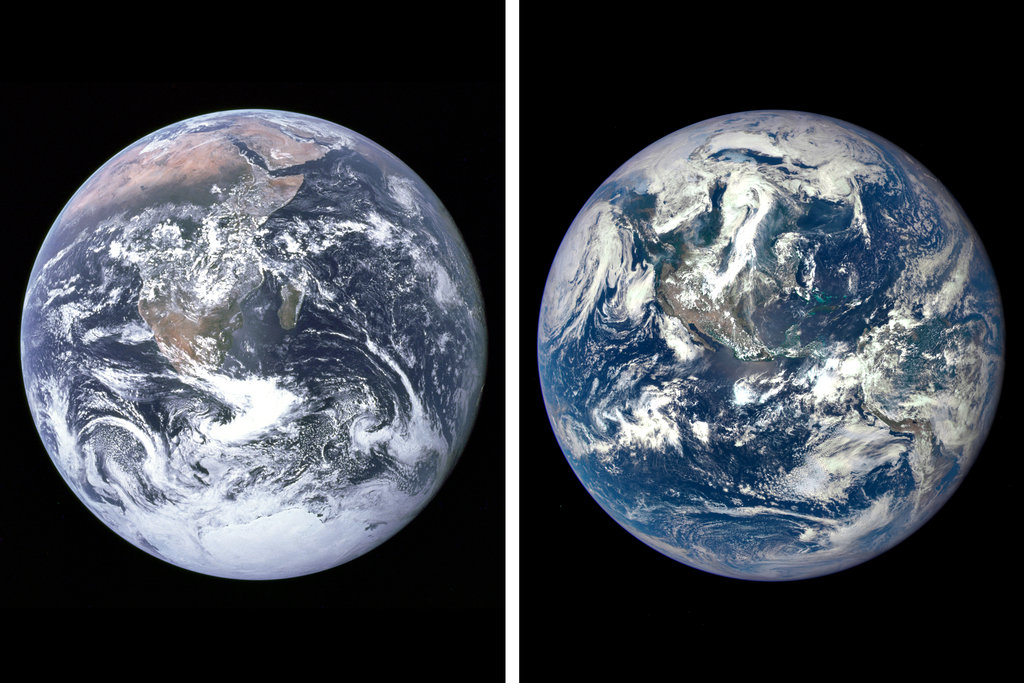 Here, you can compare the two.

“How perfect North America looks. I am still amazed by how the oceans dwarf the continents,” Jim Corradino of Norwalk, Conn., wrote us.

“There’s something remarkable about a single snapshot of the Earth — an intact view of our planet in its entirety, hanging in space,” the astronaut Scott Kelly observed in an essay on Medium.
He explained what makes these images so special.
Along with the challenge of getting far enough away to get the entire Earth into a single frame, there is the matter of lighting.

“In order to view the Earth as a fully illuminated globe, a person (or camera) must be situated in front of it, with the sun directly at his or her back,” he wrote.
“Not surprisingly, it can be difficult to arrange this specific lighting scheme for a camera-set up that’s orbiting in space at speeds approaching thousands of miles per hour.”

Consequently many of the images of Earth we see are actually composites.
This is just the first in a series of images of Earth that will be sent back from a million miles away.
We will soon see the other side, fully illuminated as well.