On March 9th, 2020, ICEYE is publishing the first in-orbit demonstration of synthetic-aperture radar (SAR) videos, acquired with ICEYE SAR satellites. In these scenes, you can detect and analyse movement in a new way, giving insights into what is happening on the ground during a single SAR satellite pass over the location.
From GeoAwesomeness by Nianhua Liu

The adoption of Earth Observation satellite technologies is accelerating.
More and more companies and institutions are using satellite imagery to better understand the world and more closely observe relevant changes.
However, those actors are also coming to the realization that optical satellite systems have their limitations.
The biggest barriers to the use of satellite imagery are cloud cover and limited usability of the data at night—of course, earthquakes or floods can happen at any time, regardless of the weather or time of the day.
Fortunately, optical images are not the only way to visualize the earth’s surface from a satellite. Synthetic Aperture Radar, or SAR, is a completely different way of generating a picture, actively ‘illuminating’ the ground rather than utilizing the light from the sun (as with optical images).
SAR satellites beam radar waves to the surface of the earth and map the reflected signal.
The system can penetrate clouds, see beneath tree canopies, and work in all weather conditions.

It is also a rapidly growing part of the New Space movement, with several startups developing SAR microsatellites and challenging the more established players in the sector.
The technology is attracting more interest—and with it, more finance.
Finnish startup ICEYE has raised a total of $304 million so far and received Series D funding of $136 million in February 2022.
Capella Space, a company in the United States, has raised a total of $80 million; and Spacety in China has also completed Series C financing recently.
The New Space movement is also accelerating the access and availability of SAR data and analytics that can be built on the top with companies like UP42 among others pushing the industry forward.

Comparison between Optical and SAR (credited to Ursa Space)

SAR raw data from ERS-1 satellite (credited to ESA)
If users hope to obtain detailed information from SAR data, they need professional processing tools and knowledge.
One of the limitations of working with SAR data is the tedious preprocessing, which can include: applying the orbit file, radiometric calibration, de-bursting, ‘multilooking’, speckle filtering, and terrain correction.
After a long series of mathematical calculations and processing, a final image will float up to the surface.

The 11th Edition of NSR’s Satellite-Based Earth Observation reports that the sale of SAR data and derived products is going to see significant growth in annual global revenues, from $700M in 2018 to over $1.7B by 2028.
Imagery sales and information products are predicted to dominate, responsible for 63% of SAR revenues in this timeframe.
Very-high-resolution imagery (<0.5m) has become the fastest developing market, while high-resolution (0.5-1m) occupies the biggest part of the current market.
However, not all the SAR satellites are able to follow this wave of growth.
According to NSR’s report, medium resolution (1-5m) market share began to decrease after 2017.
Low resolution, meanwhile, presents limited commercial value.
It seems that the providers of low-resolution SAR data will need to adapt as high-resolution commercial data brings much more value to clients.

Market demand
The largest demand for SAR satellite images comes from the Military and Defense Sector.
It’s estimated that the government and military currently constitutes 70% of the market in SAR.
It’s no wonder, as there are myriad military applications for SAR, such as detecting surface features like building complexes, missile sites, and topographical features of the surrounding terrain.
The biggest individual buyer of SAR satellite image also comes from the Military and Defense Sector: the National Geospatial-Intelligence Agency (NGA).
Until 2019, the NGA had a $10 million contract with MDA for SAR satellite images.
The agency renewed that contract in 2019 and now pays four image providers a total of $85 million dollars per year.
Besides the Military and Defense Sector, the Financial and Insurance Sectors are also rapidly growing markets, with a CAGR of 14%.
It seems that enterprises in this business area are slowly starting to realize the value of SAR data (e.g., flood monitoring in insurance), but such a market requires many years to reach maturity and shift from traditional methods of doing business.
Traditionally, SAR satellite constellations are based on government programs building large, heavy, and costly satellite units and sensors, offering fairly low revisit rates and requiring significant investment—such as the Sentinel-1 mission.
But just like the optical imagery sector, startups such as ICEYE and Capella have challenged the traditional model of building microsatellite constellations.
These startups believe that the lack of available SAR satellite imagery is the only reason why SAR applications are not more widely used.
As more and more SAR satellite images become available, new applications will be explored—and will prove to deliver high-quality data at a fraction of the price.
The history and development of SAR

SAR is not a new technology; it started in the US nearly 70 years ago. However, the application of SAR has only become popular over the past decade.
So, why has the development taken such a long time?
And what are the critical acceleration factors?
1951–2000: Limited technology in Defense sector

Radar has a history stretching back nearly 100 years.
The traditional application of radar is to display the position and motion of highly reflective objects (such as aircraft or ships) by sending out a radio wave signal and then detecting the direction and delay of the reflected signal.

Imaging radar, meanwhile, attempts to form an image of such an object.
The origin of the technology dates back to 1951, when Carl Wiley from Goodyear Aircraft Company had a new idea based on the Doppler effect.
He realized that if radar pulses were coherent and consistent, users could process the pulses and create two-dimensional imagery with improved resolution.
The more observations, the better spatial resolution of the object. These assumptions were the beginning of SAR technology.

In 1960, the first SAR experiment was successfully completed in Washington, and in 1978, NASA’s Jet Propulsion Laboratory launched the first SAR satellite (SEASAT-1).
Until 1990, the research of SAR technology was concentrated in the US.

However, from 1990 to 2000, SAR technology started to come out from the laboratory, and Europe, Canada, Russia, Japan, and many other countries started to build SAR satellites.
They were quickly followed by China, South Korea and India, and other countries with developing space industries. However, the high-resolution SAR technology was still limited to the Military and Defense sectors due to its high cost.
1995–2013: Rapid development of technology and the beginning of commercial applications

For years, SAR technology has been limited to military and research domains, but the first country to commercialize SAR satellite imagery was Canada.
In 1995, RADARSAT-1 was launched, using a C-band sensor at a single microwave frequency of 5.3 GHz.
RADARSAT-1 was Canada’s very first commercial Earth observation satellite.
Although the resolution of RADARSAT-1 was far from adequate for most industrial applications, the project marked the beginning of the commercial SAR era. 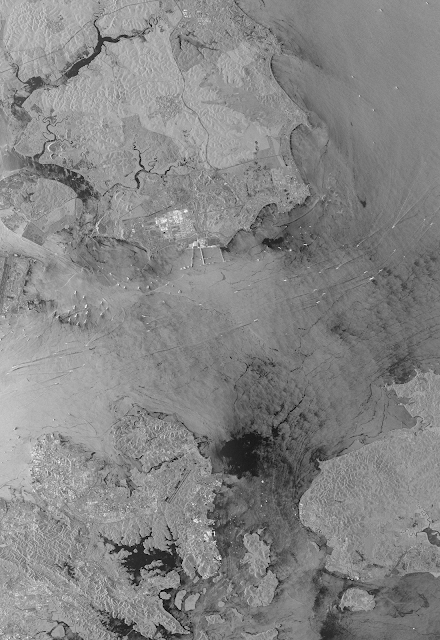 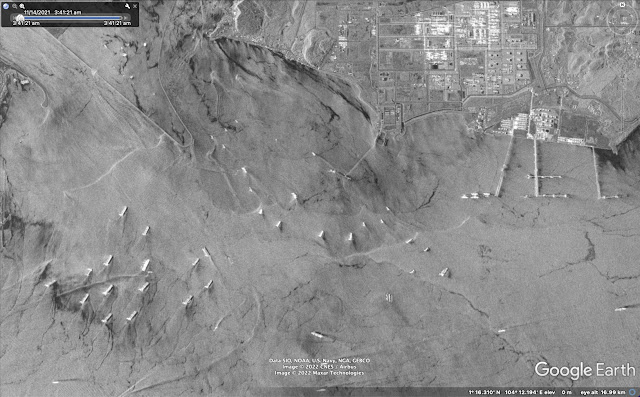 Future trends
Compared to the wide range of uses for optical data, there are still only a few applications of SAR data in the commercial space.
Thus, there is still a lot of work to be done to encourage adoption.
However, the growth in the number of small SAR satellites is likely to at least be maintained in the next five to ten years, and more startups will be keen to get involved.
For the industry, emergency response offers big opportunities for new startups.
Climate change is causing extreme weather events to occur with an increasingly alarming frequency. This trend will only increase over the next 50 years.
The safety of infrastructure, including buildings and transportation facilities, will have to be carefully monitored by multiple stakeholders.
At the same time, the international political atmosphere hasn’t been this tense for a long time.
It is pushing governments to gather better data and information for decision-making purposes regardless of weather conditions or time of the day. SAR satellite is the only tool that has this ability, so more funding will inevitably be pumped into the SAR industry, accelerating the R&D process.
However, the opportunities for new entrants in the space are decreasing.
In-orbit verification, financial support, and customer recognition are the three big challenges for startups.
New startups will be obsolete quickly if they cannot verify in-orbit within three years.
The high risk involved in the commercial satellite industry has resulted in an extreme Matthew Effect (accumulated advantage) from venture capital.
More financial support is most likely to be provided for those startups completing in-orbit verification and building constellations progressively—while the ones that fail to verify in time will just be kicked out of the market.
One of the key barriers in working with SAR data is access to high-resolution commercial datasets as well as for analytics.
Recently for the first time, Capella Space data has been made publically available on satellite data marketplace UP42.
With easier access, the data analysis methods and algorithms will follow.
Today working with SAR data requires significant remote sensing experience and using complex tools.
Democratisation of SAR data access will also accelerate the ease of use and will make analytical models more available to the general public.
The key characteristics of the future development of the entire industry are as follows:
Conclusions
“A picture is worth a thousand words”, and it is certainly the case for satellite data.
However, sometimes these pictures are worth nothing at all if covered by clouds or captured at night.
These limitations pushed scientists to create a need for new types of sensor technologies like Synthetic Aperture Radar.
The SAR industry is still in the early stage of development but with increasing demand to better understand our environment and changing planet, space is wide open for more New Space companies to emerge and disrupt the sector with new applications of SAR data.
Links :
Posted by geogarage at 1:18 AM