From ScitecDaily by Taylor & Francis Group
Ahead of Columbus Day, findings pose further questions of what the explorer really expected to find on his voyage.
New analysis of ancient writings suggests that sailors from the Italian hometown of Christopher Columbus knew of America 150 years before its renowned ‘discovery.’
Transcribing and detailing a, circa, 1345 document by a Milanese friar, Galvaneus Flamma, Medieval Latin literature expert Professor Paolo Chiesa has made an “astonishing” discovery of an “exceptional” passage referring to an area we know today as North America.
According to Chiesa, the ancient essay – first discovered in 2013 – suggests that sailors from Genoa were already aware of this land, recognizable as ‘Markland’/ ‘Marckalada’ – mentioned by some Icelandic sources and identified by scholars as part of the Atlantic coast of North America (usually assumed to be Labrador or Newfoundland). 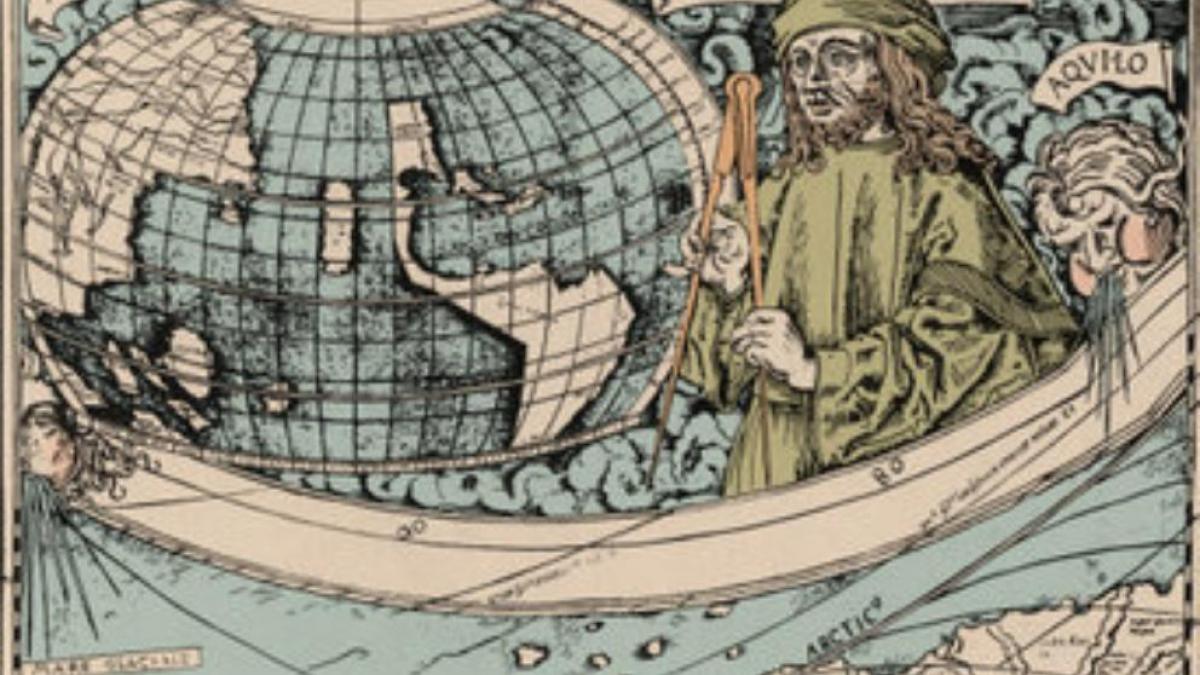 Supposed portrait of Christopher Columbus, by Sebastiano del Piombo, 1519.
Published in the peer-reviewed journal Terrae Incognitae, the discovery comes ahead of Columbus Day 2021, alternatively celebrated as Indigenous Peoples’ Day across many states in the US.
The findings add more fuel to the fire for the continuing question of ‘what, exactly, did Columbus expect to find when he set out across the ocean?’ and come following a period in which his statues have been beheaded, covered with red paint, lassoed around the head and pulled down, set on fire and thrown into a lake.

“We are in the presence of the first reference to the American continent, albeit in an embryonic form, in the Mediterranean area,” states Professor Chiesa, from the Department of Literary Studies, Philology and Linguistics at the University of Milan.

Galvaneus was a Dominican friar who lived in Milan and was connected to a family which held at the lordship of the city. 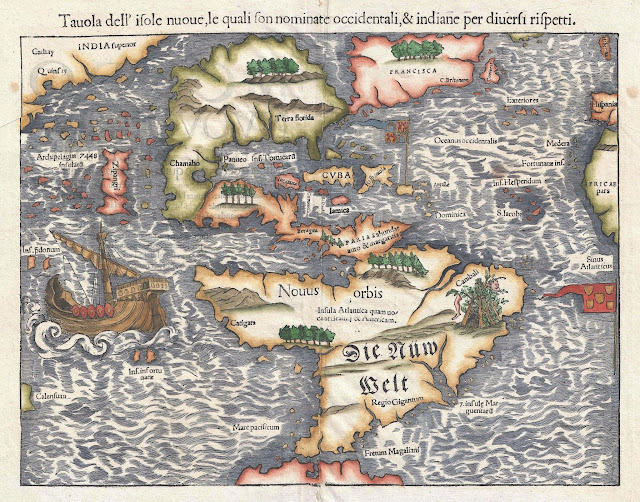 This 1558 map by Sebastian Münster shows what most of the world knew of the Americas by then.
This map was made just some 50 years after Columbus’ last voyage in 1502-1504, and some 200 years after Galvaneus Flamma’s accounts.
(Geographicus/Wikimedia Commons)
He wrote several literary works in Latin, mainly on historical subjects.
His testimony is valuable for information on Milanese contemporary facts, about which he has first-hand knowledge.
Cronica universalis, which is analyzed here by Chiesa, is thought to be one of his later works – perhaps the last one – and was left unfinished and unperfected.It aims to detail the history of the whole world, from ‘Creation’ to when it was published.
In translating and analyzing the document, Professor Chiesa demonstrates how Genoa would have been a “gateway” for news, and how Galvaneus appears to hear, informally, of seafarers’ rumors about lands to the extreme north-west for eventual commercial benefit – as well as information about Greenland, which he details accurately (for knowledge of the time).
“These rumors were too vague to find consistency in cartographic or scholarly representations,” the professor states, as he explains why Marckalada wasn’t classified as a new land at the time. 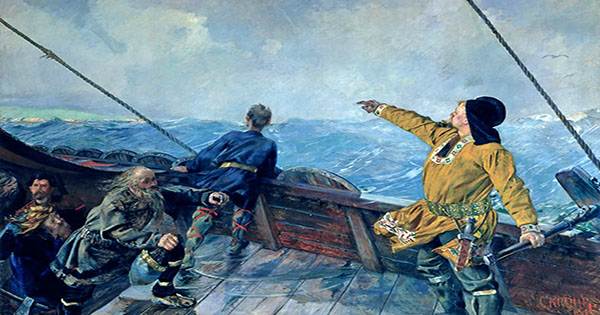 Regardless though, Chiesa states, Cronica universalis “brings unprecedented evidence to the speculation that news about the American continent, derived from Nordic sources, circulated in Italy one and half centuries before Columbus.”

He adds: “What makes the passage (about Marckalada) exceptional is its geographical provenance: not the Nordic area, as in the case of the other mentions, but northern Italy.
“The Marckalada described by Galvaneus is ‘rich in trees’, not unlike the wooded Markland of the Grœnlendinga Saga, and animals live there.
“These details could be standard, as distinctive of any good land; but they are not trivial, because the common feature of northern regions is to be bleak and barren, as actually Greenland is in Galvaneus’s account, or as Iceland is described by Adam of Bremen.”
Overall, Professor Chiesa says, we should “trust” Cronica universalis as throughout the document Galvaneus declares where he has heard of oral stories, and backs his claims with elements drawn from accounts (legendary or real) belonging to previous traditions on different lands, blended together and reassigned to a specific place.

Planisphere made by Rumold Mercator, 1587.
“I do not see any reason to disbelieve him,” states Professor Chiesa, who adds, “it has long been noticed that the fourteenth-century portolan (nautical) charts drawn in Genoa and in Catalonia offer a more advanced geographical representation of the north, which could be achieved through direct contacts with those regions.
“These notions about the north-west are likely to have come to Genoa through the shipping routes to the British Isles and to the continental coasts of the North Sea.
“We have no evidence that Italian or Catalan seafarers ever reached Iceland or Greenland at that time, but they were certainly able to acquire from northern European merchant goods of that origin to be transported to the Mediterranean area.
“The marinarii mentioned by Galvaneus can fit into this dynamic: the Genoese might have brought back to their city scattered news about these lands, some real and some fanciful, that they heard in the northern harbors from Scottish, British, Danish, Norwegian sailors with whom they were trading.”
Cronica universalis, written in Latin, is still unpublished; however, an edition is planned, in the context of a scholarly and educational program promoted by the University of Milan.
Links :
Posted by geogarage at 1:52 AM