Europe’s fishing industry to battle with conservationists over bottom trawling

New alliance from 14 nations pledges to fight latest EU curbs on ‘indefensible’ practice of scooping up fish from the sea floor
An EU action plan to deal with fishing practices that trawl the ocean floor is set to trigger a row between conservationists and a new industry alliance that says it is fighting for Europe’s culture and identity.

About 32% of Europe’s fish are caught by industrial fishing vessels that rake the sea floor with enormous nets in a process called bottom trawling.
Studies indicate that these nets can suck up to 41% of all invertebrate life from the sea floor and cause grave damage to marine environments such as cold water coral reefs and seagrass beds.

Bottom-trawling is already banned by the EU at depths of more than 800 metres but the European Commission has promised to implement whatever restrictions it deems necessary to further limit the practice, which it called “the most damaging activity to the seabed”.
A delayed package of recommendations and announcements now expected in the spring could include a ban on bottom-trawling in marine protected areas (MPAs).

The fishing industry, however, is preparing to fight back with the formal launch of the European Bottom Fishing Alliance (EBFA) later this month. 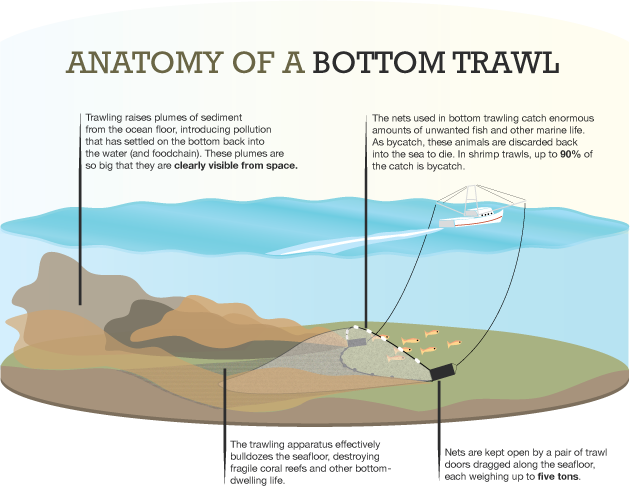 Formed in response to a petition signed by 150,000 people in December calling for an immediate ban on bottom trawling in MPAs, the alliance unites fishing associations across 14 countries.

The group argues that bottom trawling is “very sustainable” because of certification schemes such as the one run by the Marine Stewardship Council and because vessels already have to comply with environmental constraints imposed by the EU’s common fisheries policy.

New trawling curbs could create a supply squeeze with the potential to price many common fish species such as sole, turbot, plaice, halibut and shrimps out of European menus, EBFA says.

“We don’t want to see an industry catering for the rich,” said Ivan López, chair of EBFA, who runs a trawling business in Spain.
“It would not be fair if fish became a luxury product.” Seafood is a “culture and identity” issue in Spain, he added.
Bottom trawling is an indiscriminate fish harvesting method, capturing all in its path and scraping vital marine growth off the seabed.
Others are critical of these arguments.
While trawling restrictions could raise prices for a period, said Joachim Claudet, a senior scientist at France’s National Centre for Scientific Research, “ecosystems would recover quite quickly if we stopped trawling, and that would mean there would be more fish to catch with more sustainable practices.”

Rebecca Hubbard, programme director of the Our Fish campaign group, described the new industry offensive as “a desperate greenwashing initiative in defence of the indefensible”.

The issue is escalating into a battle, said Nicolas Fournier, campaign director of the Oceana conservation group, which argues for practices such as long-line fishing, and eating more locally-caught and less threatened species.
“If we are to seize this opportunity to tackle bottom-trawling, it’s basically now or never,” he said.

Brussels has pledged to establish protected areas for at least 30% of Europe’s seas but, under EU law, MPAs have specific objectives, such as protecting seabirds, crustaceans or other marine features.

Their effectiveness is contested, however. Fournier said that their benefits often exist mainly on paper and that shipping, dredging, oil and gas drilling, aquaculture, harbour developments and windfarms can still be permitted in MPAs.

One tenth of Europe’s waters have marine protected status but more than 2.5m hours of bottom trawling took place within them in 2020, according to research by Oceana.
“In some areas, bottom trawling is prohibited in order to protect the seabed, but many other [MPAs] focus on other features and therefore don’t regulate bottom trawling,” said one EU official, who did not want to be named.
“It’s a nonsense that ‘protected’ areas can allow trawling, which is one of the most damaging human activities at sea,” Claudet said.
The EBFA cites studies by the University of Washington academic Ray Hillborn to support its case for allowing bottom trawling in MPAs on a case-by-case basis – in areas where seabirds are being protected but the seabed is not, for example.

However, “if seabirds are eating fish or organisms from the seabed, you can’t treat them in isolation from the rest of their ecosystem,” said Prof Clare Bradshaw of Stockholm University.

A European Commission spokesperson said it had to weigh any new measures against the economic effects they could have on an industry sector that makes up a quarter of the EU fishing fleet.
“We will not aim for a blanket approach by banning all gears in all waters,” the official said.
“Instead, we will look at how best to protect the seabed and work on the basis of science to see how to balance the decisions.” 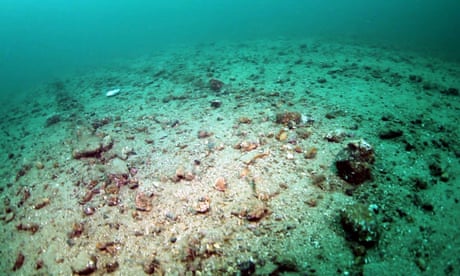 Bottom trawling releases as much carbon as air travel, landmark study finds
Some research also suggests that beyond biodiversity loss, sedimentary disturbances from bottom trawling may cause more CO2 releases than the world’s entire aviation fleet.

All of which creates newfound uncertainty for an EU fishing sector which, critics say, has been accustomed to punching above its weight in Brussels.

Fishers, like farmers, carry significant lobbying clout but many believe they have lost out in debates over catch limits and Brexit, and could now bump up against further restrictions.
“We feel that the green deal is pushing too much on to the fisheries,” said Lopez.
“We feel the argument is too skewed in one direction on the [environmental] issue,” he added, “and it’s not ours.”
Links :
Posted by geogarage at 1:34 AM