Fancy a deep red? The rise of underwater wineries 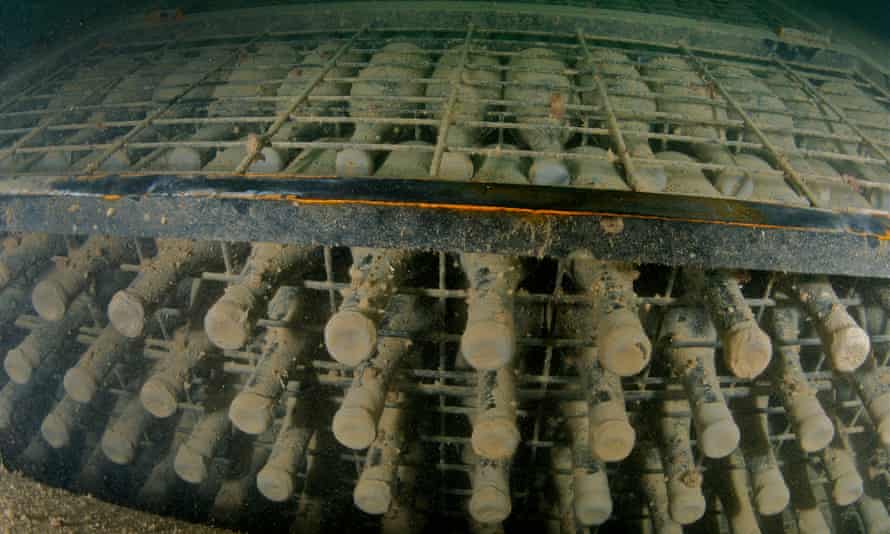 Crusoe Treasure, one of Spain’s largest underwater wineries, off Plentzia.
Conditions in the sea mimic key ageing factors that contribute to the flavour of wine.
Photograph: Bodega Crusoe Treasure
From The Guardian by Ashifa Kassam

After bottles were recovered in top shape from a world war one wreck, winemakers have started to exploit the sea’s cool, dark environment

Slipping into the chilly waters of the Baltic sea, the divers descended more than 60 metres to where the masts of the Jönköping lay strewn across the seabed.
They glided past the wounds left when the Swedish schooner was sunk by a German U-boat in 1916 to home in on the rare treasure they had come for: thousands of bottles of 1907 Heidsieck champagne.

For more than eight decades the bottles had sat undisturbed on the seabed, cloaked in darkness and protected by near-constant temperatures and pressure.
Photographs showing the bottles being gingerly raised from the sea by the divers in 1998 soon began to circulate, accompanied by rave reviews from impromptu tastings of the precious cargo.

In Spain’s Basque country, the discovery added to the list of wine-laden shipwrecks that had long captured the imagination of Borja Saracho, a keen diver.
Could the sea’s dark depths, gently rocking tidal movements and constant temperatures hold the secret to creating great wines?
“We decided there was an opportunity to find out what was going on in these shipwrecks,” he said.
If I put 20 wine tanks below the sea – all exactly the same – they’ll all come back different

Working with a small team, he secured permission to rent 500 square metres of seabed in the bay of Plentzia on Spain’s north coast, sinking specially designed structures capable of storing wine while also acting as an artificial reef.
Winemakers across the country soon joined in the experiment, sending bottles of wine for Saracho to plunge into the sea.

The results transformed Saracho into a proponent of underwater ageing and culminated in the launch of Crusoe Treasure, one of Spain’s largest underwater wineries, in 2010.
“It was astounding,” he said.
“The wines’ evolution underwater was very distinct from what would happen with the same grape on land.”

Similar experiments were playing out around the world, laying the foundation for what today is a niche – but rapidly growing – sector of the wine industry.
From Greece and Italy to new world producers in Chile and the US, winemakers are harnessing the power of underwater environments to shape everything from bold reds to sparkling cavas. 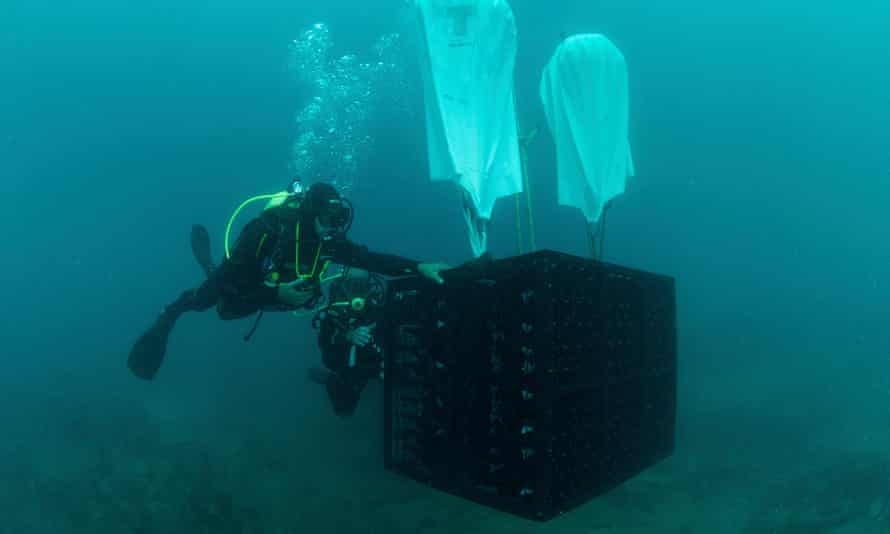 Bottles of wine being lowered to the seabed for the Crusoe Treasure winery.
Photograph: Bodega Crusoe Treasure
The logic is that underwater conditions mimic the crucial ageing factors that are thought to contribute so much to the flavour of wine, such as constant temperature and the absence of light.
Winemakers soon went further, arguing that the watery cellar was leaving its own, singular imprint on the wines, said Mark O’Neill, a wine writer and the owner of Spain’s The Wine Place.
“If you’ve got a good wine, it will add a point of difference,” he said.
“The wine will have evolved in a different way.”

The technique, however, comes at a cost.
The logistics of submerging and retrieving the wine, often requiring divers as well as boats, and the increased risk of breakage and leaks can swell production costs by as much as 70% when compared with ageing wine on land.

Even so, interest in the idea has soared in recent years, in part boosted by the recovery of 168 bottles of champagne from another shipwreck in the Baltic sea, this time in 2010.
After spending about 170 years deep-sea ageing in what researchers described as “close-to-perfect conditions”, a single bottle of Veuve Clicquot found in the wreckage later sold for €30,000.

Among those turning to underwater ageing are some of the industry’s biggest players.
Louis Roederer, the maker of Cristal champagne, made headlines when it began using the waters off France’s Mont Saint-Michel as an underwater cellar.
A experiment by Veuve Clicquot, due to run for decades, saw the luxury brand sink a champagne-filled vault into the brackish waters of the Baltic Sea. 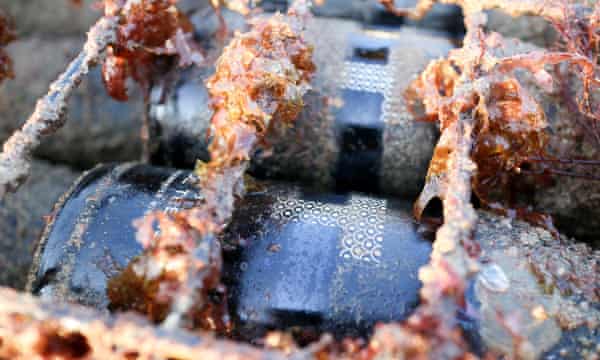 Sea Soul No7, a limited-edition offering from the winery, is raised to the surface after ageing underwater for six months.
Photograph: Iñigo Núñez Auria/Bodega Crusoe Treasure
As the sector grows, the techniques are varying wildly.
Some winemakers sink their wines in sealed amphorae, while others use custom-designed barrels or submersible cages laden with algae-encrusted bottles.
Others have eschewed marine environments for water-filled tanks on land. Wines have been plunged to depths of 40 metres, while others have wallowed in shallower waters, left to the whims of rising tides and at times partly exposed to air.

The lack of any kind of overarching ethos was among the factors that led to the first-ever underwater wine congress, held in 2019 in northern Spain.
“The hope is that people are responsible with the environments that they’re working in,” said Anna Riera, a marine biologist who works with the Crusoe Treasure winery.
“If all of a sudden everyone started projects like this, not with small spaces but with large underwater factories, this type of production would lose all meaning.”
We’re opening a window in a world that’s still to be discoveredBorja Saracho, Crusoe Treasure 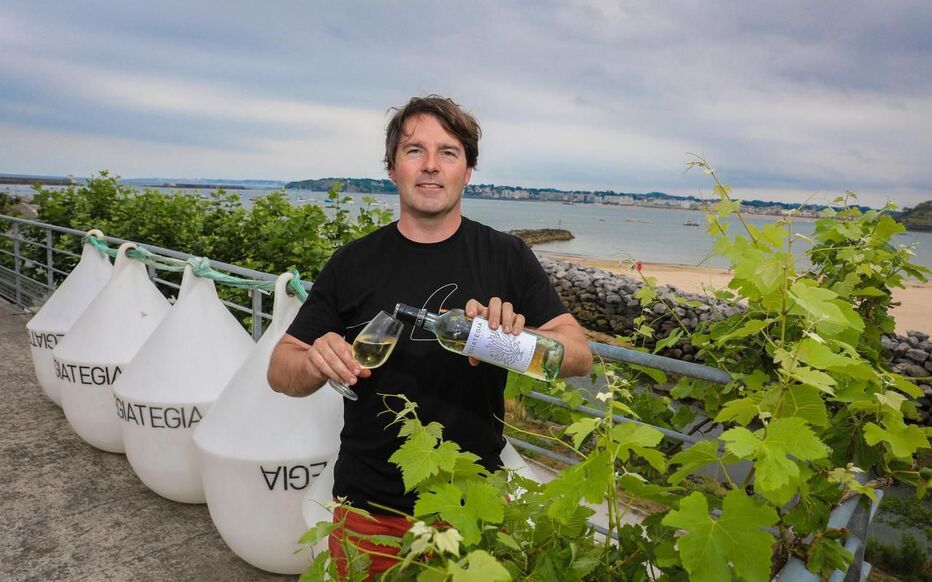 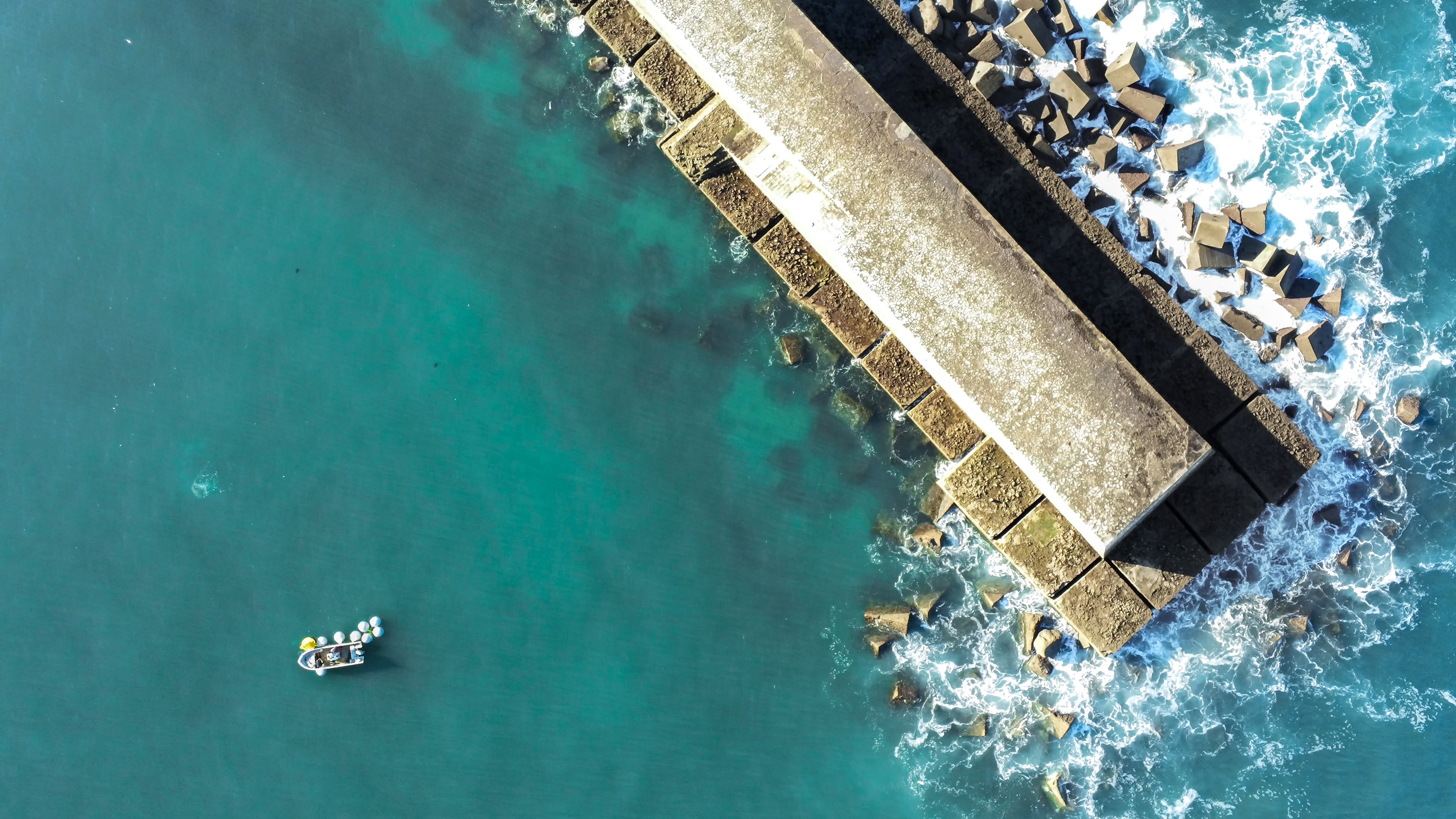 Egiategia in the Saint Jean de Luz bay
“I realised we were burning a lot of energy to recreate marine conditions,” he said.
The unpredictable nature of the process soon had him hooked.
“If I put 20 wine tanks below the sea – all exactly the same – they’ll all come back different,” he said.

In recent years he’s watched the climate crisis inject its own dose of volatility into the process, forcing him to use more resistant materials and reckon with a wider range of water temperatures.
“What I was doing 12 years ago is impossible now because all the elements are stronger,” he said.
“We have lots of storms now because of climate change.
It’s changing the temperature of the water and violence of the water.” 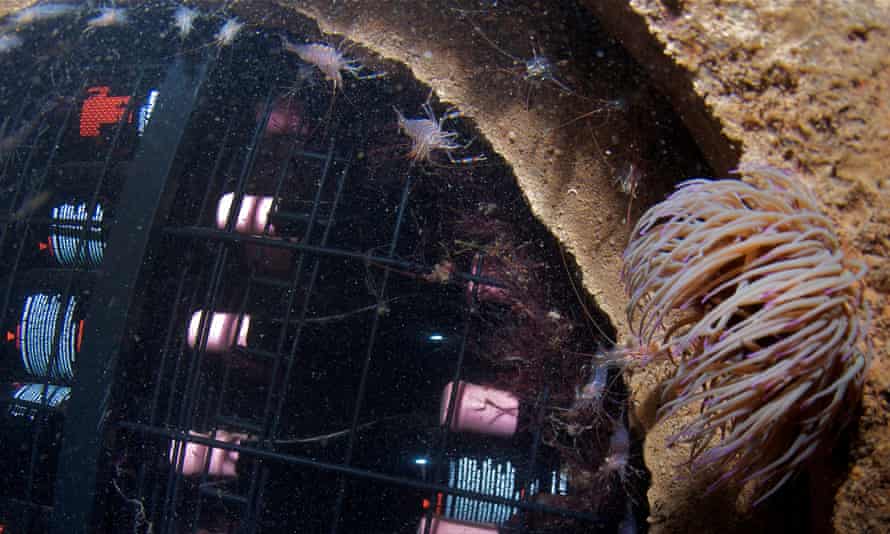 A deposit of bottles is quickly colonised by an anemone and crustacea.
Photograph: Bodega Crusoe Treasure
The concern is echoed in Spain’s Basque country.
At Crusoe Treasure, the underwater cellars are outfitted with sensors, offering a first-hand look at how their small plot of seabed – a tranquil stretch of sand surrounded by rocks in the summer that morphs into a wave-swept cradle in the winter – is being transformed.

In 2019, Saracho and his team watched as the temperatures at the bottom of the bay of Plentzia climbed to 20C (68F) – a swing of 9C (16F) from the minimum temperature recorded.
“We had never seen anything like it,” he said.

More than a decade after he and his team began plunging wines underwater, it was a hint of how much remains unknown about underwater ageing and the bodies of water it relies on.
“We’re opening a window in a world that’s still to be discovered,” said Saracho.
“There’s so much we have to learn.”
Links :
Posted by geogarage at 1:05 AM