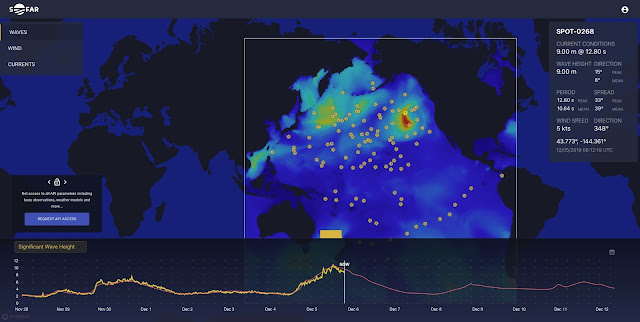 Sofar Ocean’s demo patch of ocean.
A detailed look at waves in the Pacific Ocean from Sofar’s sensors.

From Quartz by Michael J. Coren

When cartographers first started mapping the world’s oceans, sea monsters and mythical beasts inhabited the places where sailors had yet to explore.
Today, just off the continental shelf in the Pacific, we still don’t know much about what’s going on.
Just 20 or so miles off the coast, the seafloor plunges to more than 2,500 meters (1.6 miles) deep, a point at which it’s often too expensive to measure conditions.

One strategy has been to build expensive floating sensor stations, each one dangling with as many sensors as possible, to send back data from offshore.
But the exorbitant costs (pdf)—often $50,000 or more per buoy, and nearly as much in annual maintenance—makes this prohibitive for all but government agencies and large corporations.
Of course, satellites peer down from space, but they’re limited in how precise they can be from so far away.
That leaves ships and coastlines vulnerable.

Today, the startup Sofar Ocean Technologies opened up access to a new global array of oceanic buoys that promise detailed measurement of the wind, weather, and currents across the Pacific, and eventually all the world’s oceans.
Sofar has taken the CubeSat strategy (pdf): borrow off-the-shelf hardware from the consumer electronics world, harden it against the elements, and then launch into an inhospitable environment.
CubeSats, miniature satellites assembled from relatively cheap components often borrowed from smartphones, have already conquered near-Earth orbit.
But the oceans are still nearly vacant.
While the vacuum beyond our atmosphere seems harsh, it’s nearly placid compared to ocean storms, ship collisions, and corrosive saltwater capable of sinking all but the sturdiest craft.

A detailed look at waves in the Pacific Ocean from Sofar’s sensors.

To solve that, Sofar, founded in 2016, designed and launched more than 200 buoys called Spotters (now on sale for $4,900), tiny bright yellow pyramids shingled with solar panels that can traverse the world’s oceans.
Wind, wave, and temperature data are beamed back continuously via a satellite connection at a cost at least 10 times lower than traditional instruments.

“This is by far the largest privately owned weather network in the ocean,” says Tim Janssen, an engineer and oceanographer who founded Sofar, located in San Francisco’s Pier 50, Shed B.

But it’s not the biggest overall.
That honor belongs to the international Argo network, led by the US National Oceanic and Atmospheric Administration, of more than 3,200 submersible moorings, spread across the world’s oceans and designed to map temperature and salinity in the upper 2,000 meters (6,560 ft).
The Argo data, while comprehensive, only comes in every 10 days or so and is limited when it comes to surface weather.

To obtain real-time data, Sofar flipped the existing monitoring model on its head.
Instead of deploying relatively few very expensive sensor-laden buoys, Sofar shipped out hundreds of cheap, light-weight vessels that could roam the oceans at a fraction of the cost of their predecessors. 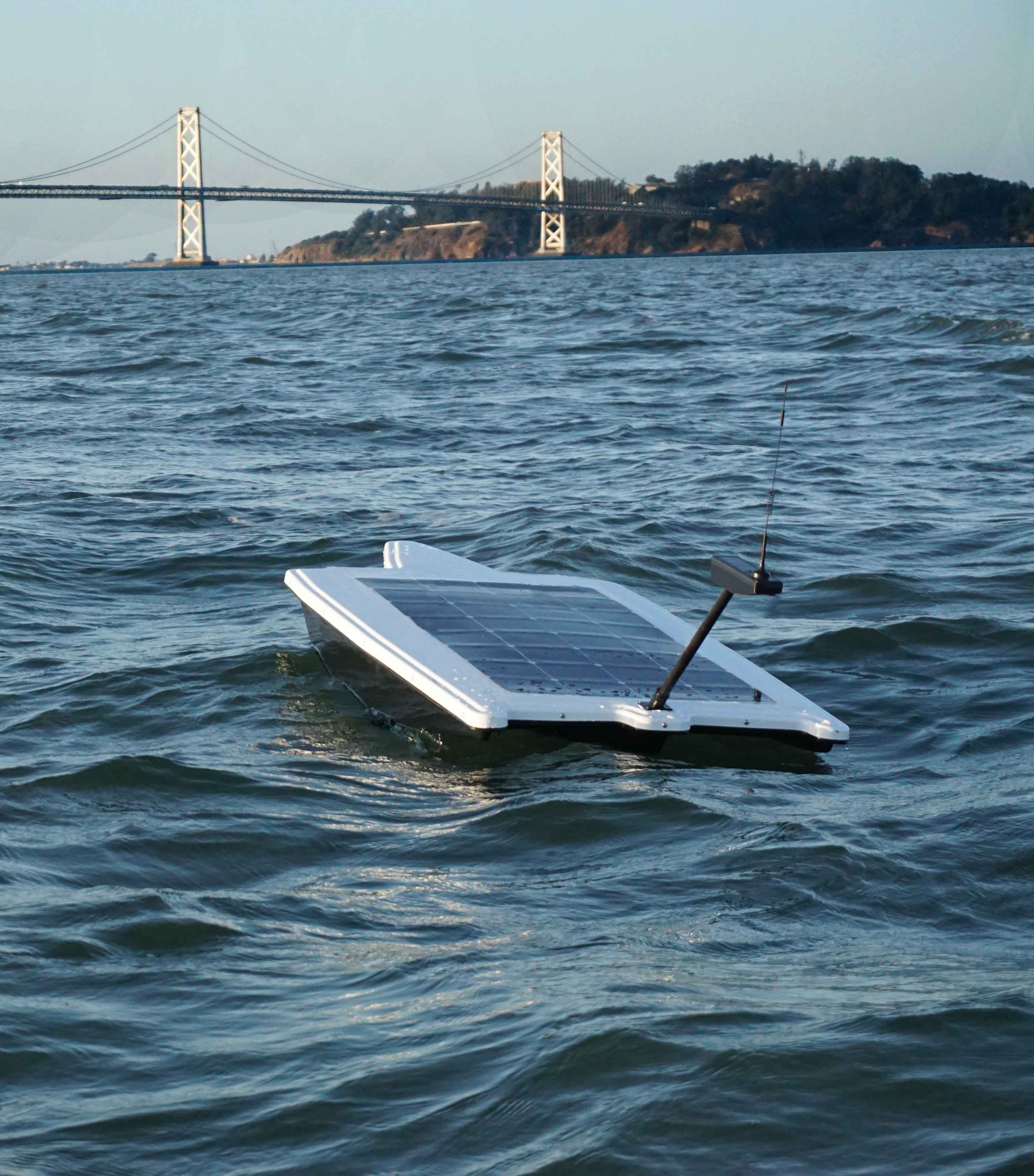 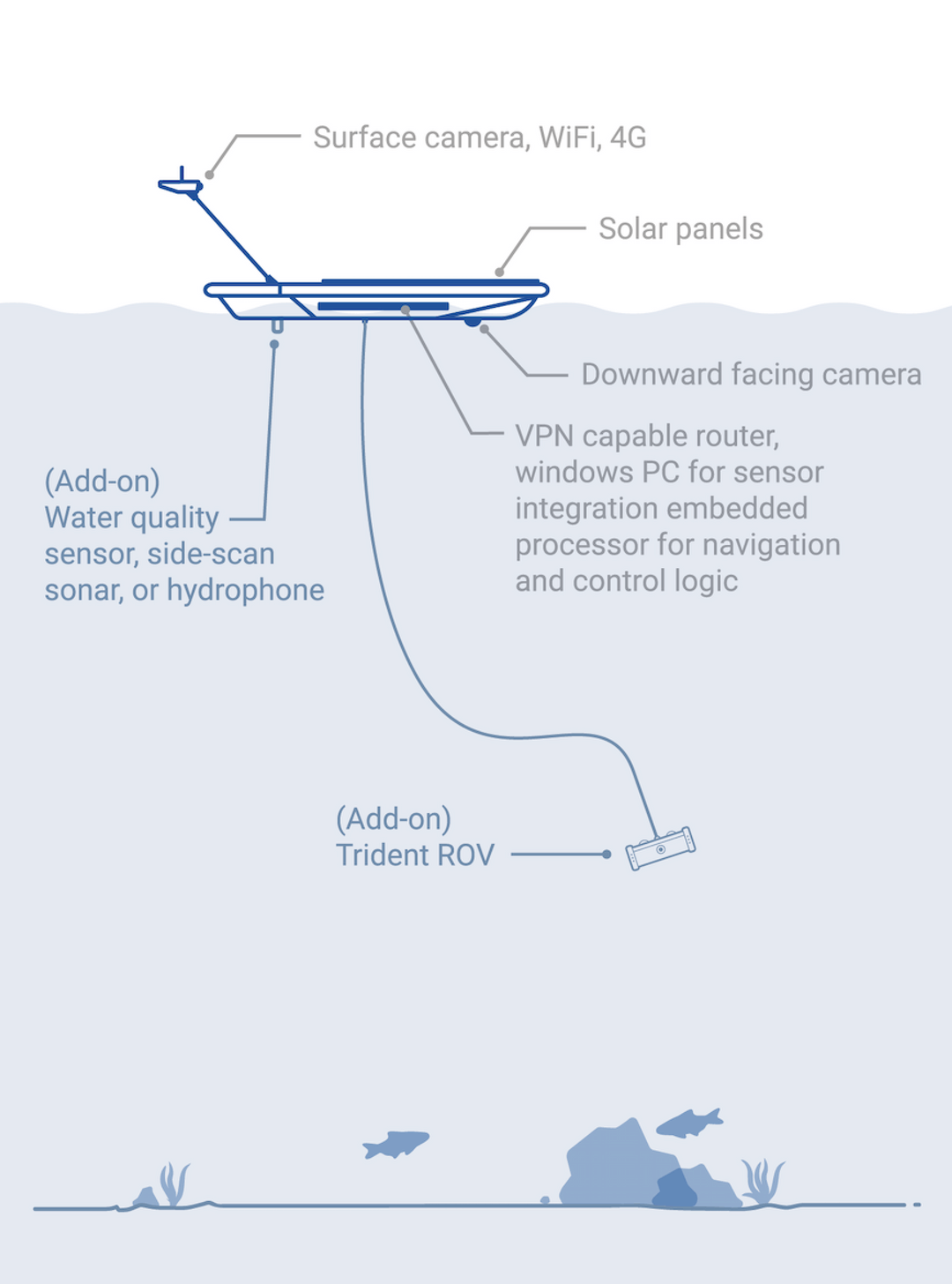 Sofar Strider is designed for operations in coastal, near-shore and inland waters.
It combines autonomous navigation, solar power, and a modular design to enable it to operate autonomously or remote-controlled through the internet, while integrating with a wide range of sensors

After Spotters, Sofar (which recently received $7 million in venture capital, according to PitchBook) plans to build an enormous fleet of autonomous, solar-powered surface craft called Striders (based on its underwater version, Trident) that can be dropped by ship or aircraft anywhere in the open ocean.
They’ll stream real-time data as well as video.


The company is targeting shipping lines, weather forecasters, government agencies, militaries, and even big wave surfers.
With weather observations comparable to land, a host of new applications opens up.
Satellites can calibrate using global surface data to improve forecasts.
Weather routing makes ships more efficient since waves, wind, and currents all have profound effects on resistance in the water (and fuel bills).
Precise forecasts could cut fuel use by 10% or more, Sofar estimates.
Surfers chasing the world’s largest swells need better real-time wave readings as they hit coastlines around the world, and Sofar says it is already working with big-wave luminaries Grant Washburn and Kai Lenny.

The challenge, says Carl Gouldman, director for NOAA’s Integrated Ocean Observing System, will be accessing and integrating data from low-cost, autonomous sensor platforms into the world’s weather and ocean models.
Calibrating and refining this new data source will lead to big benefits, but years of work lie ahead.

Eventually, Sofar hopes the cost of deploying its sensor network will be so low it’s possible to cover the world’s ocean, even areas such as developing countries and island communities where nothing exists today.
“We’ve worked to get away from the hardware problem and make it a data problem,” says Janssen.
“For the first time, we can close the data gap in the oceans.”