The deep ocean: plunging to new depths to discover the largest migration on Earth

Go on a 360° adventure with Greg Foot - Science Presenter​ and Triton Submarines​ pilot Kelvin, as they fly up the side of one the three underwater mountains (or seamounts) that make up Bermuda’s distinctive seabed landscape.
There are three significant seamounts in these waters: Argus, Challenger and Bermuda itself.

The deep ocean makes up 95% of habitable Earth, yet only 0.0001% has been explored.
The Guardian joined a mission off Bermuda that is looking to unlock the secrets of the deep.

The largest migration on Earth is very rarely seen by human eyes, yet it happens every day.
Billions of marine creatures ascend from as far as 2km below the surface of the water to the upper reaches of the ocean at night, only to then float back down once the sun rises.
This huge movement of organisms – ranging from tiny cockatoo squids to microscopic crustaceans, shifting for food or favourable temperatures – was little known to science until relatively recently.

In fact, almost all of the deep ocean, which represents 95% of the living space on the planet, remains inscrutable, despite the key role it plays in supporting life on Earth, such as regulating the air we breathe.
Scientists are only now starting to overturn this ignorance, at a time when this unknown world is being subjected to rising temperatures, ocean acidification and the strewn waste expelled by humans.
“The deeper we go, the less we know,” said Nick Schizas, a marine biologist at the University of Puerto Rico.
“The majority of habitat of Earth is the deeper areas of the ocean.
Yet we know so little about it.”


Explore the deep ocean in 360° with Nekton Mission

Schizas is part of a new research mission that will, for the first time, provide a comprehensive health check of the deep oceans that future changes will be measured against.
The consortium of scientists and divers, led by Nekton, is backed by XL Catlin, which has already funded a global analysis of shallow water coral reefs.
The new mission is looking far deeper – onwards of 150m down, further than most research that is restricted by the limits of scuba divers.
We already know of some of the creatures of the deep – such as the translucent northern comb jelly, the faintly horrifying fangtooth and the widely derided blobfish – where the pressure is up to 120 times greater than the surface.
The deep sea was further illuminated during the film director James Cameron’s cramped solo “vertical torpedo” dive to the 11km deep Mariana trench in 2012.
Yet only an estimated 0.0001% of the deep ocean has been explored.
The Nekton researchers are discovering a whole web of life that could be unknown to science as they attempt to broaden this knowledge.
The Guardian joined the mission vessel Baseline Explorer in its survey off the coast of Bermuda, where various corals, sponges and sea slugs have been hauled up from the deep.
“Every time we look in the deep sea, we find a lot of new species,” said Alex Rogers, an Oxford University biologist who has previously found a new species of lobster in the deep Indian Ocean and huge hydrothermal vents off Antarctica. 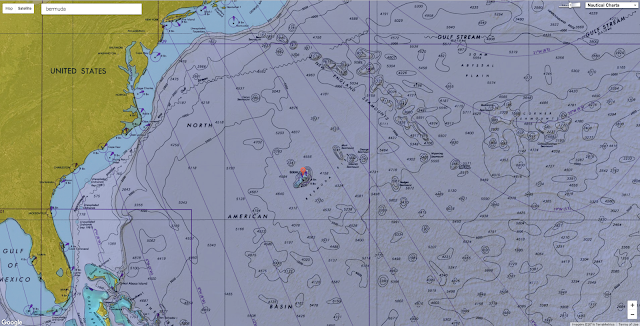 In Bermuda, the scientists have found fossilised beaches – a remnant of the last ice age when sea levels were much lower – and large black coral forests that the locals were unaware of.
“There are probably three or four new species of coral here, and some of the critters on the corals may be new too,” Rogers said.

Rogers is leading the scientific effort during a month-long survey of the three underwater volcanoes, known as seamounts, that lie near Bermuda – itself a volcano that pokes out of the north-west Atlantic.
The Nekton mission, which will also include analysis of the deep sea off Nova Scotia, is recording indicators such as temperature, salinity, currents and discarded plastics.
Mapping via sonar has also provided new data on previously unknown depths.
Peer-reviewed research from the trips will be accelerated and available, it’s hoped, by early next year.
Nekton’s next mission will be to explore the Mediterranean.
“We want to a get a big-picture understanding because no one knows the state of the deep ocean,” said Oliver Steeds, cofounder and mission director of Nekton.
“We’ve come to a point where the most important part of the planet is the least known, which isn’t healthy.”
Steeds, a former journalist, said he was inspired by the “Yuri Gagarins of the deep sea” – William Beebe and Otis Barton.
During the early 1930s, the duo plunged into the depths in the “Bathysphere”, essentially a hollow steel ball, after realising that submarines of the time were useless for viewing marine creatures.
The bathysphere, lowered by steel cables from a ship, surveyed sites around Bermuda and descended beyond 3,000ft.
The Nekton mission is a far cry from this.
The Guardian squeezed into an extremely cosy two-person Triton submersible lowered from the Baseline Explorer to survey the sloping face of a Bermuda seamount.
The 2.5-tonne Triton vessel, comprised of a tough goldfish-bowl-like pod with ballast and thrusters that control movement, is a nimble craft initially aimed at wealthy super-yacht owners.
Dragooned into the service of science, two Triton vessels – the Nemo and the Nomad – have been taking multiple dives down to 300m to assess this patch of the Atlantic.
A mechanical grabbing arm picks up samples of sponge and coral, with tubes capturing water samples.
The light blue of the surface turns a more navy hue as we descend further, with the sun becoming hazy as if it were obscured on a very smoggy day.
The warmth disappears and the light fades the further you go – by 4,000m the temperature is a little above freezing and all is dark around.

At 150m, however, it’s still possible to see the enormous walls of the Bermuda volcano, formed more than 30m years ago and, even at this depth, dotted with life.
Curly whip coral is strewn across the moon-like surface.
Small fish flit across the surface.
Depressingly, several lion fish, a voracious invasive species that has spread from Florida, can be seen.

The experience is much like exploring another planet in a slightly claustrophobic air bubble.
And given our lack of knowledge about the deep sea, the otherworldliness felt particularly apt.

The state of the deep sea has been somewhat overshadowed by alarm at a vast coral bleaching event, which has decimated shallow water corals on the Great Barrier Reef, the Caribbean and the Maldives. Schizas says the “horrible” bleaching, in which prolonged high temperatures cause corals to whiten and ultimately die, has spread to Honduras and could soon reach Bermuda – the far north limit of the coral zone in the Atlantic.

Advertisement
The warming seas have also become riddled with more than 5tn pieces of discarded plastic, which cause damage throughout the food chain and have inspired ambitious inventions to clean up the huge patches of seaborne garbage.
Visible problems near the surface can percolate downwards, given the dynamic nature of life that moves up and down the water column.
While coral bleaching isn’t an issue for deeper corals, the excess heat being sucked up by the ocean, as well as its increasing acidity, is altering the deep sea before we even know what we are changing.
“Climate change is a significant problem because it affects the means of primary food production, so there is less food going to deep water,” said Rogers.

“You also start getting more zones without oxygen.
This is a worry because the deep sea carries out important ecosystem services for us, such as food production, carbon sequestration, moderating the temperature of the planet and the gases around us.
They do a number of critical things that are more or less invisible to the average person on the street.”
Scientists are still thrashing out a theory about how coral, the building block for 25% of all marine life on the planet, is replenished. If, as thought, deep sea corals help spawn replacements for shallow water corals that bleach and die, then any deterioration of these hidden creatures could trigger even steeper declines than expected as bleaching events become more common.
Working this out will require ambitious scientific enquiry, something that has been sparse since the financial crash of 2008.
China has picked up the slack somewhat and has the most advanced submersible – the Qianlong, which can reach 4,500m – but Rogers and some of his colleagues fret that the exploration will simply be a precursor for deep-sea mining.
Chinese and Canadian interests are already working to open up the seabed off Papua New Guinea for minerals.
Localised and international protections are also lacking.
Bermuda has been largely denuded of marine life due to overfishing, with the government, which is under the auspices of Britain, last year shelving a plan for a new ocean reserve despite overwhelming public support.
The high seas, which lie beyond national maritime borders, is even more of a free-for-all, with the UN calling this month for five remote marine areas to be protected from overfishing, pollution and mining.
“Deep sea research needs to be funded at a similar scale to space research.
It’s as simple as that,” said Rogers.
“We want to get more people engaged in the deep seas, to feel inspired and care more about them.
Hopefully, people will then start to demand they are managed properly.”