Through his music, acclaimed Italian composer and pianist Ludovico Einaudi has added his voice to those of eight million people from across the world demanding protection for the Arctic.
Einaudi performed one of his own compositions on a floating platform in the middle of the Ocean, against the backdrop of the Wahlenbergbreen glacier (in Svalbard, Norway).

Italian pianist and composer, Ludovico Einaudi, today performed one of his own compositions, Elegy for the Arctic, on a floating platform in the Arctic Ocean, against the backdrop of the Wahlenbergbreen glacier (in Svalbard, Norway).
Through his music Einaud has added his voice to those of eight million people from across the world demanding protection for the Arctic.

Speaking onboard the Arctic Sunrise, Einaudi said:
“Being here has been a great experience. I could see the purity and fragility of this area with my own eyes and interpret a song I wrote to be played upon the best stage in the world. It is important that we understand the importance of the Arctic, stop the process of destruction and protect it." 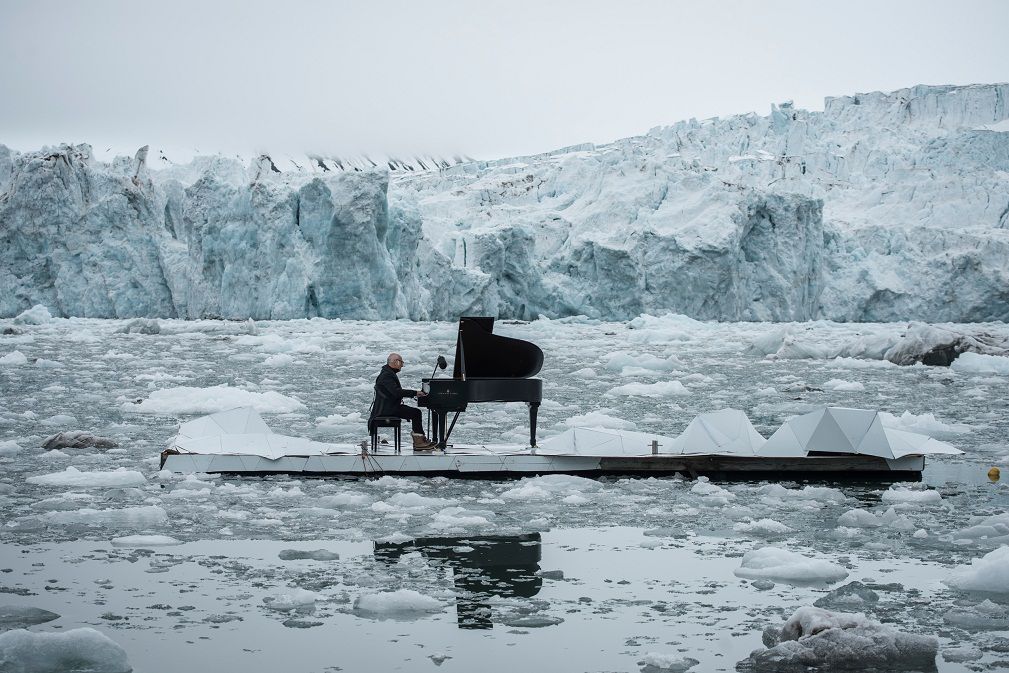 The musician, known for his composition for the film, “Black Swan” and the television serial, “Doctor Zhivago”, travelled onboard the Greenpeace ship Arctic Sunrise on the eve of the week-long meeting of the OSPAR Commission, which could secure the first protected area in Arctic international waters.
The massive early retreat of sea ice due to the effects of climate change allowed the construction of a 2.6 x 10 metre artificial iceberg, made from more than 300 triangles of wood attached together and weighing a total of nearly two tonnes.
A grand piano was then placed on top of the platform. 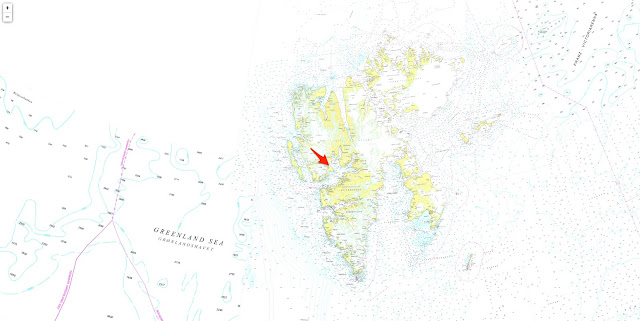 Svalbard (Norwegian chart) (with the GeoGarage) 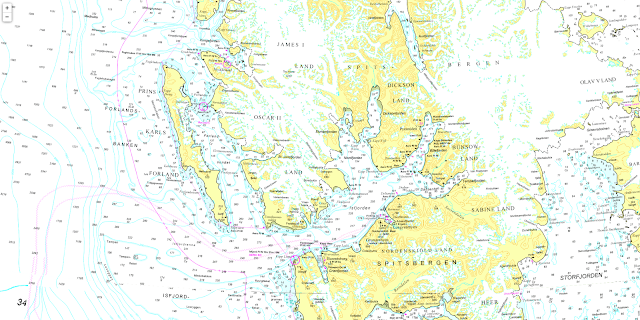 Yoldiabukta is a bay in Nordfjorden at Spitsbergen, Svalbard.
It has a width of about five kilometers and is located between the northern side of Bohemanflya and Muslingodden.
The 26 kilometer long glacier Wahlenbergbreen debouches into Yoldiabukta. 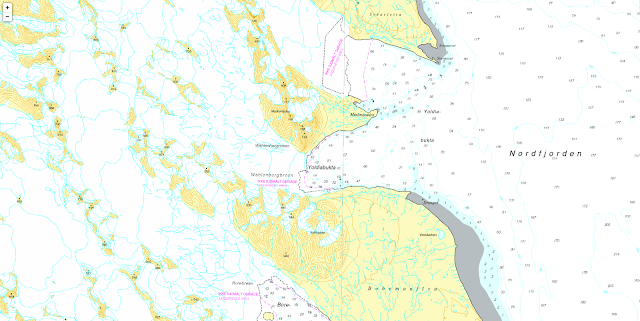 zoom on Wahlenbergbreen glacier in Oscar II land at Spitsbergen, Svalbard
Posted by geogarage at 1:38 AM