Has a KRAKEN been spotted on Google Earth? Monster hunters claim to have found 120m long giant squid-like creature

Aconspiracy theorists claims to have spotted this mythical Kraken swimming off the coast of Deception Island near Antarctica.
Using Google Earth, this sea monster appears to be 100 feet from head to end, with ‘the mid area of a giant squid’


From DailyMail by Stacy Liberatore


Nordic folklore speaks of a massive creature that haunted the icy seas of the North Sea, where it attacked passing vessels with gigantic tentacles.
And conspiracy theorists claims to have spotted this mythical Kraken swimming off the coast of Deception Island near Antarctica.
Using Google Earth, this sea monster appears to be 120m from head to end, with ‘the mid area of a giant squid’.
‘It looks like the Kraken,’ Scott C Waring shared on UFO Sightings Daily.com.
‘I used Google ruler and it says this is 30 meters (100 feet) from head to end, but the end looks like just the mid area of a giant squid, which means it could be 60+ meters long with tentacles.
'That sounds like the Kraken to me.’
The sighting occurred on April 9, 2016, when Waring looked at the coordinates 63° 2'56.73"S 60°57'32.38"W in Google Earth – although it is not clear how or where he obtained these exact coordinates.
Waring also thought of the extinct prehistoric animal Plesiosaur when he spotted the massive beast causing ‘a massive disturbance in the ocean’.

What a Deception :
Although there is no track of land in all the available online map viewers (see above), some maps show a rock at the supposed position of the Kraken closed to Deception Island in the South Shetland Islands archipelago:

Actually, the Kraken is an small rock named 'Sail Rock'.
Insular rock, 30 m high, lying 7 mi SW of Deception Island, in the South Shetland Islands.
This name, which dates back to at least 1822, was probably given by sealers.
(source : AADC Australian Antarctic Data Center) 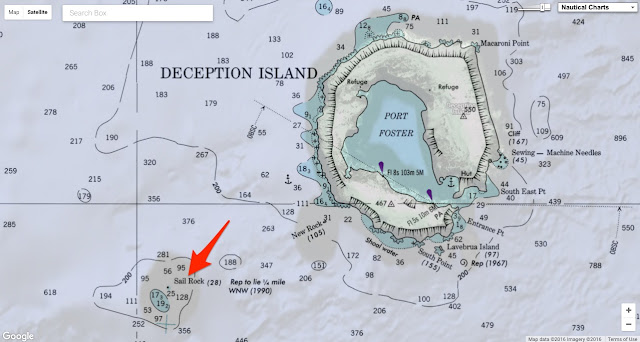 Sail Rock on NGA chart with the GeoGarage platform

This can be showed with detailed nautical charts overlayed on Google maps imagery: 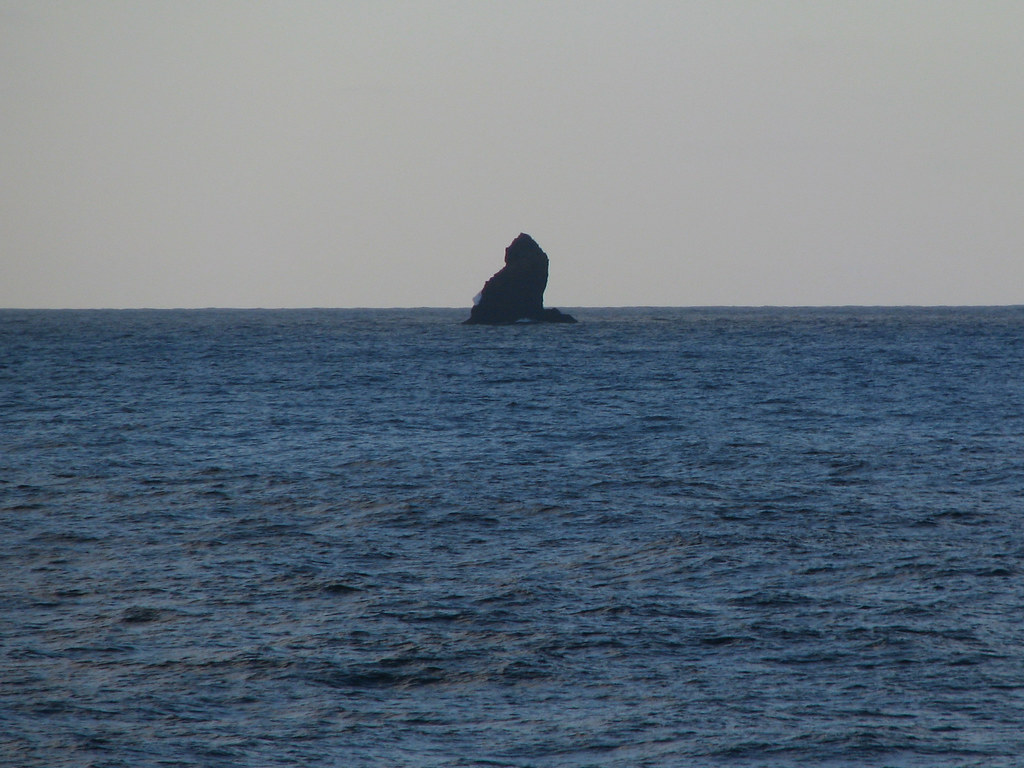 From a distance, the rock is reported to resemble a ship under sail,
but at close range it is more like a house with a gable roof.
(courtesy of  SCIelo.cl)