This marine notice draws attention to the importance of using official nautical charts, issued by or on the authority of a Government, authorized Hydrographic Office or other relevant government institution so as to comply with applicable flag state requirements which implement Chapter V of the International Convention for the Safety of Life at Sea (SOLAS), as amended. 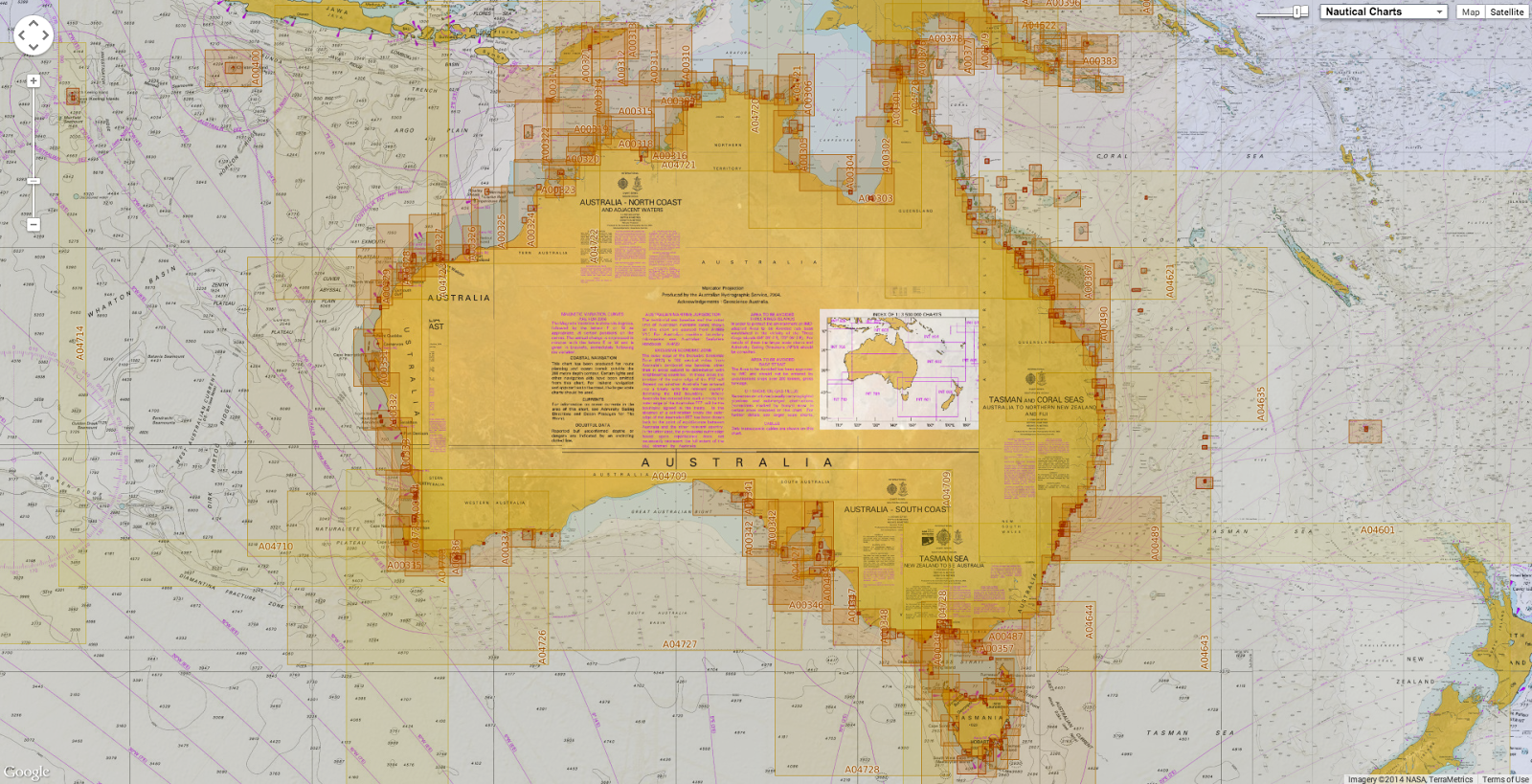 Australian official paper charts are issued and updated by the Australian Hydrographic Service (AHS) under the “Aus” series and provide bathymetric and near shore coverage of Australia’s area of charting responsibility.
The series is also largely reproduced by the United Kingdom Hydrographic Office as part of their world-wide “Admiralty” chart series.
AHS charts are easily identified by their “Aus” chart numbers and AHS crest above the chart’s title.
There is no other alternative numbering system for “Aus” charts.

The AHS distributes the full portfolio of “Aus” charts via AHS authorised chart agents, who sell and distribute “Aus” charts as “single” paper charts or grouped as “portfolios” of charts.
A list of authorised AHS chart distribution agents is available on the AHS website at: www.hydro.gov.au.

How to recognise unofficial nautical charts

If it is suspected that an “Aus” chart is not genuine, contact should be made to AHS by email (hydro.sales@defence.gov.au) with relevant details.
In cooperation with AMSA, AHS will actively seek to stop the production and sale of unofficial copies of AHS products.

Ship owners, operators, agents and masters are advised to check and comply with their obligations regarding the carriage of official nautical charts.

AMSA reminds ship owners, operators, agents and masters that the carriage of up to date nautical charts is critical to safe navigation.
AMSA urges all purchasers, users, marine surveyors and recognized organizations to be vigilant in the identification and reporting of unofficial nautical charts.

Posted by geogarage at 1:34 PM