Hydrothermal Vents: What does the future hold?
Since being discovered in 1977, Hydrothermal Vents have been a source of huge interest, due to their rich diversity and huge populations of new and specialised species in a comparatively baron and homogenous abyss.
The mineral rich chimneys spew out a sulphurous fluid which forms an energy source for microbes, forming the base of these fascinating and unique ecosystems.
Their isolation and mysterious interconnectivity reveals a fragile web of life that still has so much more left to be fully appreciated.
The vents have also caught the attention of deep-sea mining contractors.
30 years on from their initial discovery, the global population has doubled and commodity prices have increased.
Now, with new technological advances, deep-sea mining has become an imminent reality.
Specialist researcher, Dr Jon Copley, talks through his experiences with Hydrothermal Vents and how irresponsible and short-sighted mining practices may have potentially catastrophic consequences on an ecosystem we still do not fully understand.

Vast new areas of the ocean floor have been opened up in an accelerating search for valuable minerals including manganese, copper and gold.

In a move that brings closer a new era of deep sea mining, the UN's International Seabed Authority (ISA) has issued seven new exploration licences.
State-owned and private companies from India, Brazil, Singapore and Russia are among those to land permission for minerals prospecting.
One British firm, UK Seabed Resources, a subsidiary of the US defence giant Lockheed Martin, has secured exploration rights to an area larger than the entire UK. 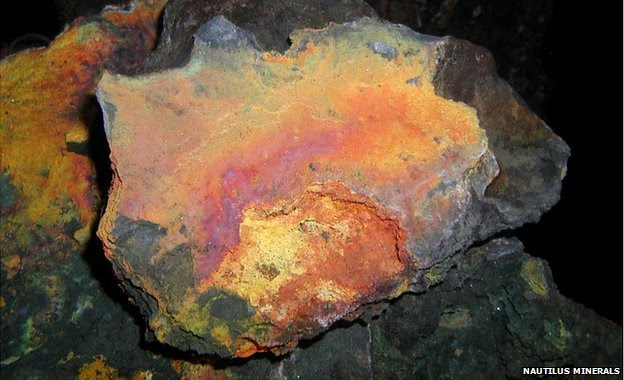 For decades, the idea of mining these deposits was dismissed as unfeasible

This means that the total area of seabed now licensed in this new gold rush has reached an immense 1.2 million square kilometres under 26 different permits for minerals prospecting.
Deep sea mining is a new frontier in the quest for the precious raw materials needed for modern economies but environmental groups have long warned of the potential damage to marine ecosystems.
Mining the ocean floor was first investigated in the 1960s but only recently have technological advances - spurred by the oil and gas industry - and high prices for resources combined to make operations feasible.

The ISA was set up to manage the exploitation of the ocean floor beyond territorial limits to prevent a free-for-all and has so far only issued licences for exploration.
The first permits for exploitation could come in the next few years. 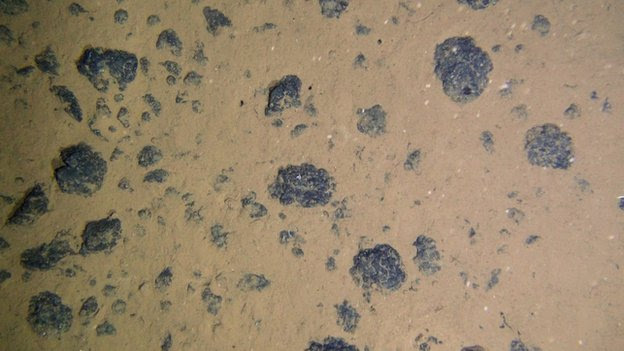 Michael Lodge of the ISA told the BBC: "There's definitely growing interest. Most of the latest group are commercial companies so they're looking forward to exploitation in a reasonably short time - this move brings that closer."
Still to be negotiated are the conditions and rules for actual mining.

A protocol to minimise the environmental impact is still being drawn up.
And arrangements for royalties to be paid to developing and landlocked countries have yet to be settled - a basic principle of the ISA is that seabed riches should be shared globally.
Two of the new licences - for German and Indian organisations - cover deep ocean ridges where hydrothermal vents have created potentially rich deposits.

Dr Jon Copley of the University of Southampton, a marine biologist, has monitored the development of deep sea mining amid concerns about its possible effects on the natural world.
"In total, about 6,000 km of mid-ocean ridge in international waters are now being explored for potential seafloor mining. In total, around 7.5% of the global mid-ocean ridge - the geological backbone of our planet - is now being explored for its mineral wealth.
"Ridges are one of the three deep-sea environments where there are mineral deposits attracting interest, in this case for the metal ores that form at deep-sea vents along the ridges.
"But those vents are also home to colonies of some species that aren't found in other deep ocean environments, which may make them susceptible to environmental impacts from mining."


UK Seabed Resources, a wholly owned subsidiary of Lockheed Martin UK, in partnership with the Department for Business Innovation and Skills, has received a licence and contract to explore a 58,000 sq kilometre area of the Pacific for mineral-rich polymetallic nodules. 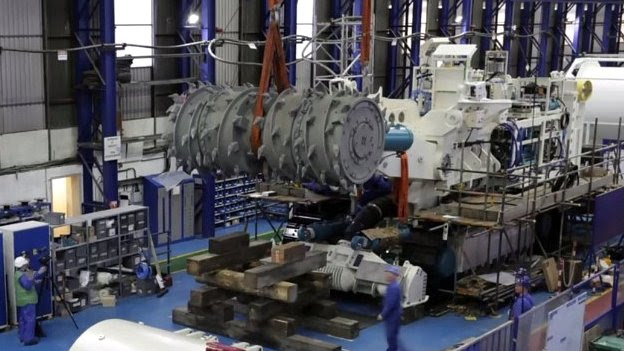 Construction of a seafloor mining machine was completed in the UK

It is hoping to extract so-called nodules from the ocean floor - small lumps of rock which contain far higher proportions of metals than ores found on land.
Duncan Cunningham of UKSRL said the company remained "committed to environmentally responsible, transparent and commercially sound development of the area".
He added: "We were extremely pleased to have had the opportunity to present details of our first environmental baseline cruise to the ISA and other stakeholders."

The first seabed mine is likely to be in the waters off Papua New Guinea.
In a deal arranged outside the ISA system, a Canadian company, Nautilus Minerals, plans to extract metals from a field of hydrothermal vents.
The project was delayed for years by a dispute with the PNG government but terms have now been finalised and huge robotic mining machines are being constructed.