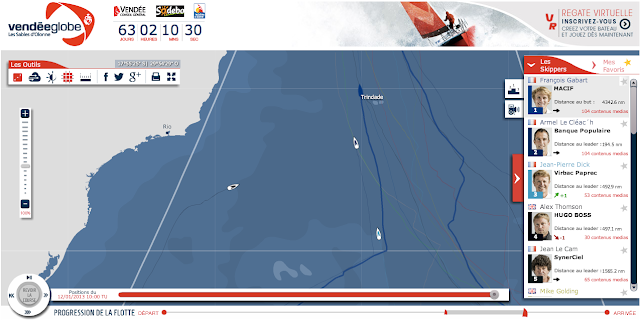 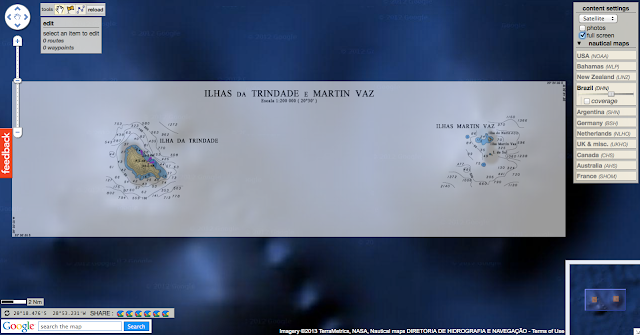 The islands of Trindade (occasionally called Trinidad) and Martim Vaz (also called Martin Vaz) are located about 1,200 kilometers (740 mi) east of Vitória in the Southern Atlantic Ocean, belong to the State of Espírito Santo of Brazil.
They are considered part of the area of the state capital, Vitória.
The islands are uninhabited, except for a garrison of the Brazilian Navy, 32 strong.
The group consists of Ilha Trindade, by far the largest island, and Ilhas de Martim Vaz, 29 miles further east. 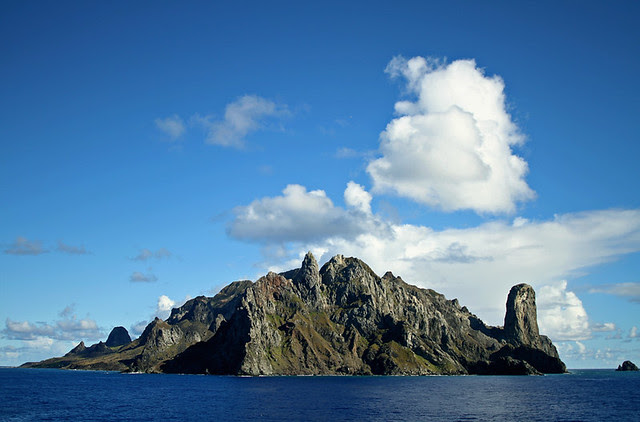 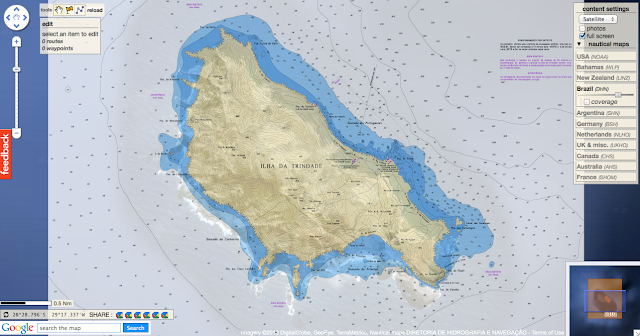 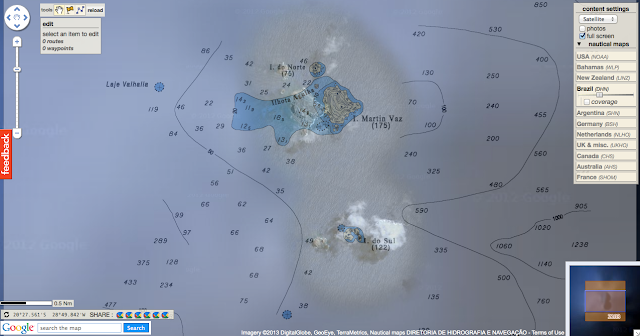 >>> geolocalization with the Marine GeoGarage <<<
Note : the shift between the position of the DHN nautical chart and the Google imagery
about 49 km (30 miles) east of it are the tiny Martin Vaz islets.

The archipelago consists of five islands and several rocks and stacks.
The islands are of volcanic origin and have rugged terrain.
The island lies more than halfway between Brazil and the Mid-Atlantic Ridge near the eastern end of the submarine Vitória-Trindade Ridge.
The island is the main nesting site of the green sea turtle in Brazil.

They are largely barren, except for the southern part of Ilha Trindade.
They were discovered in 1502 by Portuguese explorer Estêvão da Gama and stayed Portuguese until they became part of Brazil at its independence.
From 1890 to 1896, Trindade was occupied by the United Kingdom until an accord with Brazil was reached.
During the period of British occupation, Trindade was known as “South Trinidad”.

Many visitors have been to Martim Vaz, the most famous of whom was the English astronomer Edmund Halley (of Halley’s Comet fame), who took possession of the island on behalf of the British Monarchy in 1700.
Captain La Pérouse stopped there at the outset of his 1785 voyage to the Pacific.

In 1893 the American James Harden-Hickey claimed the island and declared himself as James I, Prince of Trinidad.
According to James Harden-Hickey’s plans, Trinidad, after being recognized as an independent country, would become a military dictatorship and have him as dictator.
He designed postage stamps, a national flag, and a coat of arms; established a chivalric order, the “Cross of Trinidad”; bought a schooner to transport colonists; appointed M. le Comte de la Boissiere as Secretary of State; opened a consular office at 217 West 36th Street in New York; and even issued government bonds to finance construction of infrastructure on the island.
Despite his plans, his idea was ridiculed or ignored by the world.

In July 1895, the British again tried to take possession of this strategic position in the Atlantic.
The British planned to use the island as a cable station.
However, Brazilian diplomatic efforts, along with Portuguese support, reinstated Trindade Island to Brazilian sovereignty.

In order to clearly demonstrate sovereignty over the island, now part of the State of Espírito Santo and the municipality of Vitória, a landmark was built on January 24, 1897.
Nowadays, Brazilian presence is marked by a permanent Brazilian Navy base on the main island. 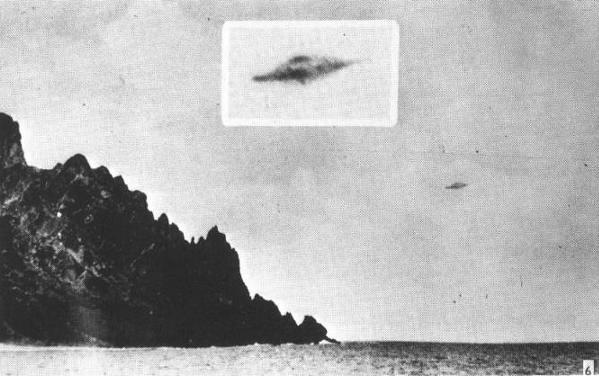