A pristine tropical reef that has weathered several natural disasters is now part of America's largest marine sanctuary.
The National Oceanic and Atmospheric Administration (NOAA) finalized a huge expansion of the Fagatele Bay National Marine Sanctuary in American Samoa last month, from 0.25 square miles (0.65 square kilometers) to 13,523 square miles (33,024 square km).
The boost takes the sanctuary from a single protected coral reef to a marine area larger than the state of Maryland. The agency also renamed the protected region, now calling it the National Marine Sanctuary of American Samoa.

NOAA cited the "tremendous advancement in marine discovery and exploration, marine conservation science, and ecosystem-based management" as factors in its decision to expand the sanctuary.
The decision was published July 26 and finalized Oct. 31 in the Federal Register.
"The Sanctuary contains a unique and vast array of tropical marine organisms, including corals and a diverse tropical reef ecosystem with endangered and threatened species, such as the hawksbill and green sea turtles, and marine mammals like the Pacific bottlenose dolphin," NOAA said in the Federal Register.
Of the five new units, one was already under federal protection. 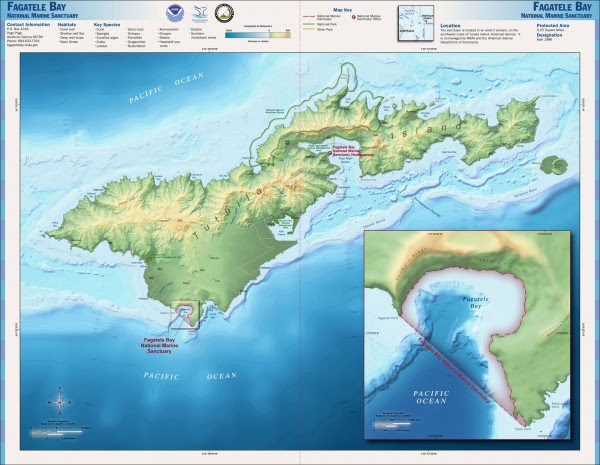 Rose Atoll was designated a marine national monument in 2009 by President George W. Bush.
It is the world's smallest atoll, and home to American Samoa's largest populations of giant clams, nesting seabirds and rare reef fish. 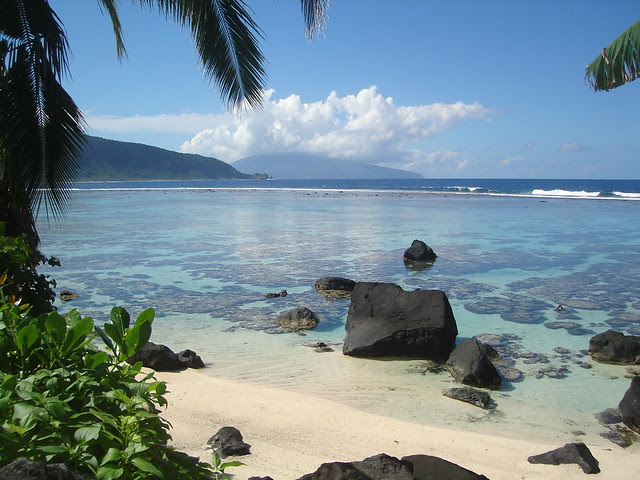 Ta'u Island hosts some of the oldest and largest known corals in the world, with one colony measuring 23 feet (7 meters) tall and 135 feet (41 m) in circumference, according to NOAA.
And from June to September, southern humpback whales migrate north from Antarctica to calve in the protected waters surrounding American Samoa.

Fagatele Bay National Marine Sanctuary was established in 1986 in response to a proposal from the American Samoa government.
The impetus was a devastating attack on the region's coral reefs by crown-of-thorns starfish in the late 1970s. Millions of starfish ate their way across the reefs, destroying more than 90 percent of living coral. Hurricanes and coral bleaching have also hit the coral in the last 20 years.
Posted by Peio at 1:13 AM