Costa Concordia Italian cruise ship sinking: Can it be salvaged?

The National Post‘s graphics team takes a look at whether the Costa Concordia can be salvaged.
From NationalPost

As nautical engineers study the wreckage of the Costa Concordia to see if it can be salvaged, they also have to consider the possibility such a project could go create an ecological nightmare should the ship slip further down the rocks. 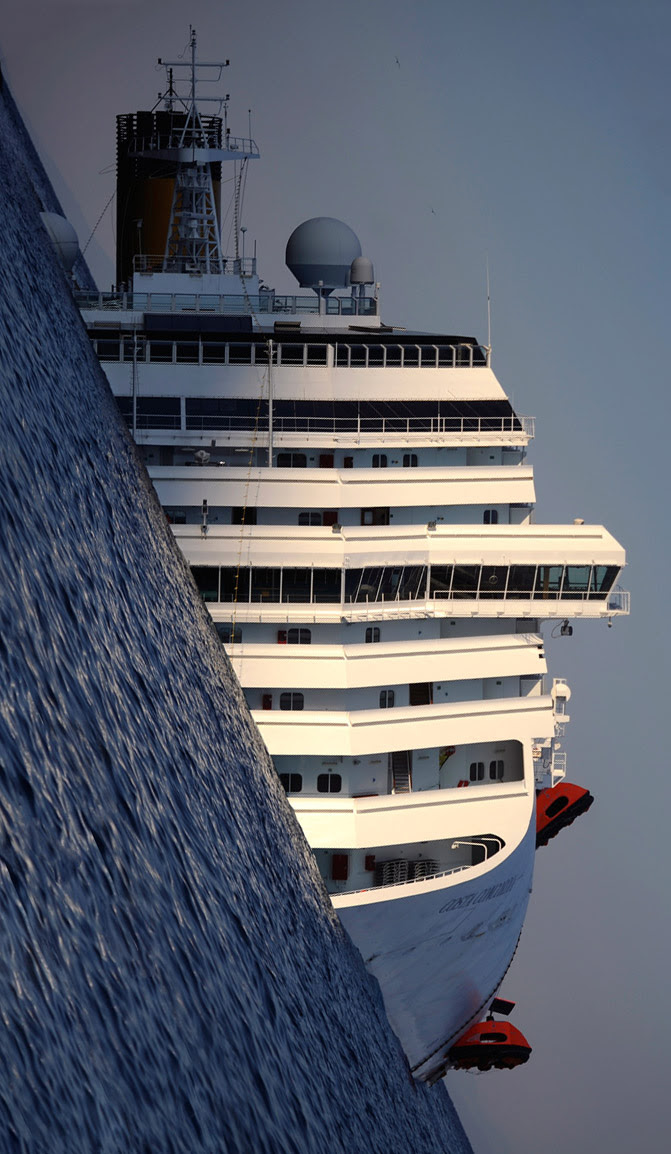 Costa Concordia : see the world from a different angle
Divers searching the capsized cruise liner suspended work on Wednesday after the ship shifted slightly, but officials said they are hoping to resume as soon as possible. The search continued overnight on sections above the water line.

Infographics BBC
Until the order was given to suspend work, divers had been preparing to resume the difficult and dangerous search of partly submerged areas of the ship after entries are blasted into the ship with explosives.

The Concordia lies on its side in some 20 metres of water but the rock shelf soon falls away into much deeper water and the wreck could slide down by as much as 130 metres if it shifts free from the rocks.