A large container ship stuck on a reef off the coast of New Zealand is leaking oil.

Maritime New Zealand said the intermittent leak appeared to be coming from damaged pipes rather than from fuel tanks.
Four seabirds have so far been found dead in the oil slick, which extends about 5km (3 miles) from the ship.

The Liberia-flagged Rena struck the Astrolabe Reef about 12 nautical miles from Tauranga Harbour on Wednesday. 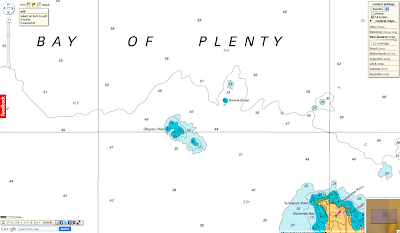 Transport Minister Steven Joyce said the situation was worse than first thought.
He said there was a "significant amount of oil" and warned the vessel could break up due to its "precarious" position on the reef.
Maritime NZ has officially declared the 47,000 tonne container vessel "a hazardous ship" - that gives the agency the power to take control of the salvage operation if it was deemed necessary.

The authority's on-site controller Rob Service said a monitoring flight over the stricken vessel on Thursday afternoon revealed the oil slick had doubled in size from earlier in the day.
"We are not aware of any actual breaches in the fuel tanks. However, because of the extensive damage to the vessel, it is difficult to determine accurately what is the scale and scope of the damage," he said.

Mr Service said it was not clear how much of the 1,700 tonnes of heavy fuel oil on board had leaked.
Testing using dispersants to break up the slick had proved ineffective.

New Zealand's Department of Conservation said the Astrolabe Reef was covered with colourful sponges and anemones, with seals and gamefish such as marlin common in surrounding waters.

Two wildlife rescue centres have been set up.