Visualizing the impact of rising sea levels, by country 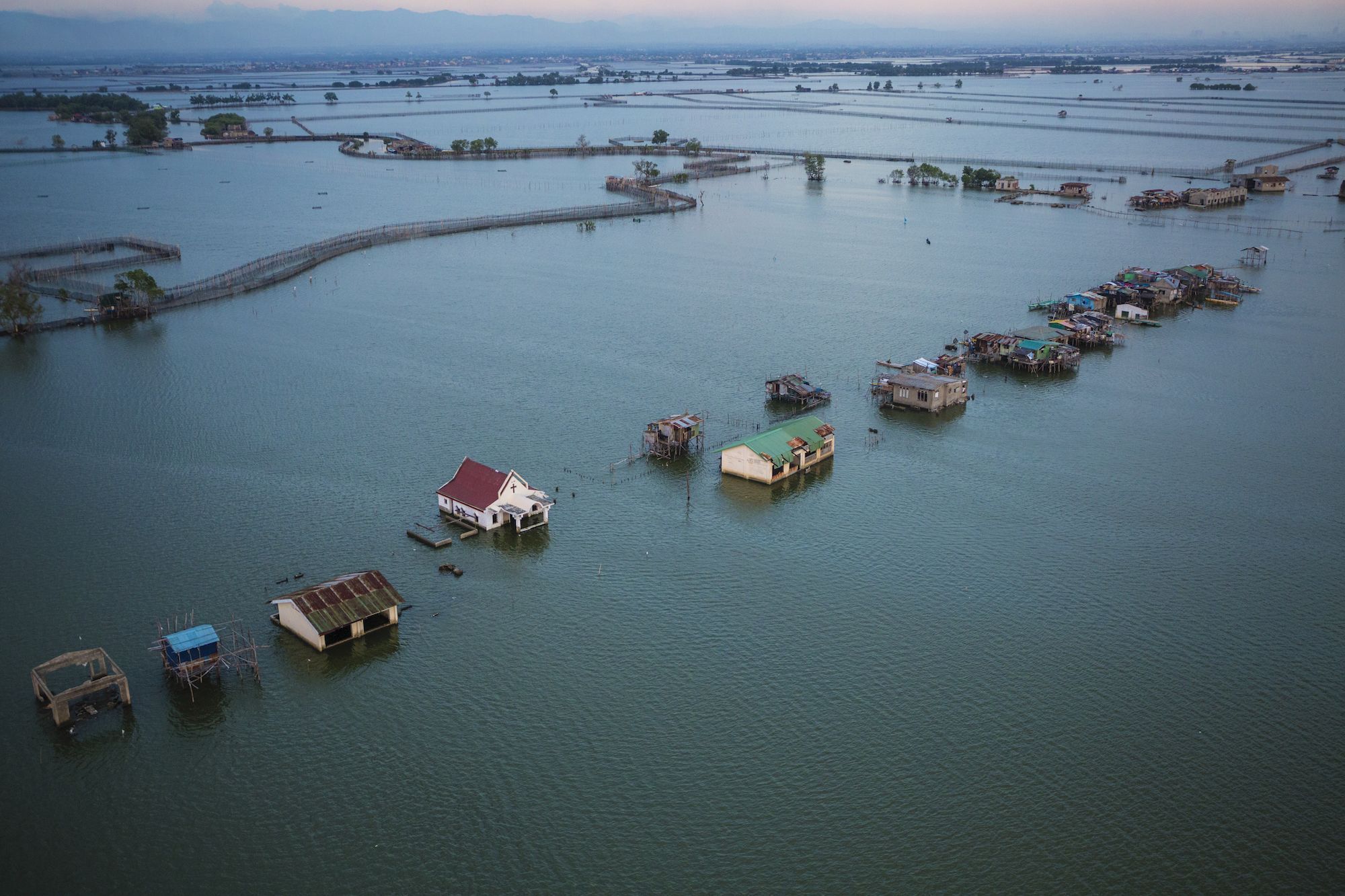 Climate change is already causing sea levels to rise across the globe. In the 20th century alone, it’s estimated that the mean global sea level rose by 11-16 cm.

How much will sea levels change in the coming years, and how will it affect our population?

In the below series of visualizations by Florent Lavergne, we can see how rising sea levels could impact countries in terms of flood risk by the year 2100.

Which countries will be most severely affected by rising sea levels?

If things continue as they are, roughly 360 million people around the world could be at risk of annual flood events by 2100. Here’s what those figures look like across each region:
Africa 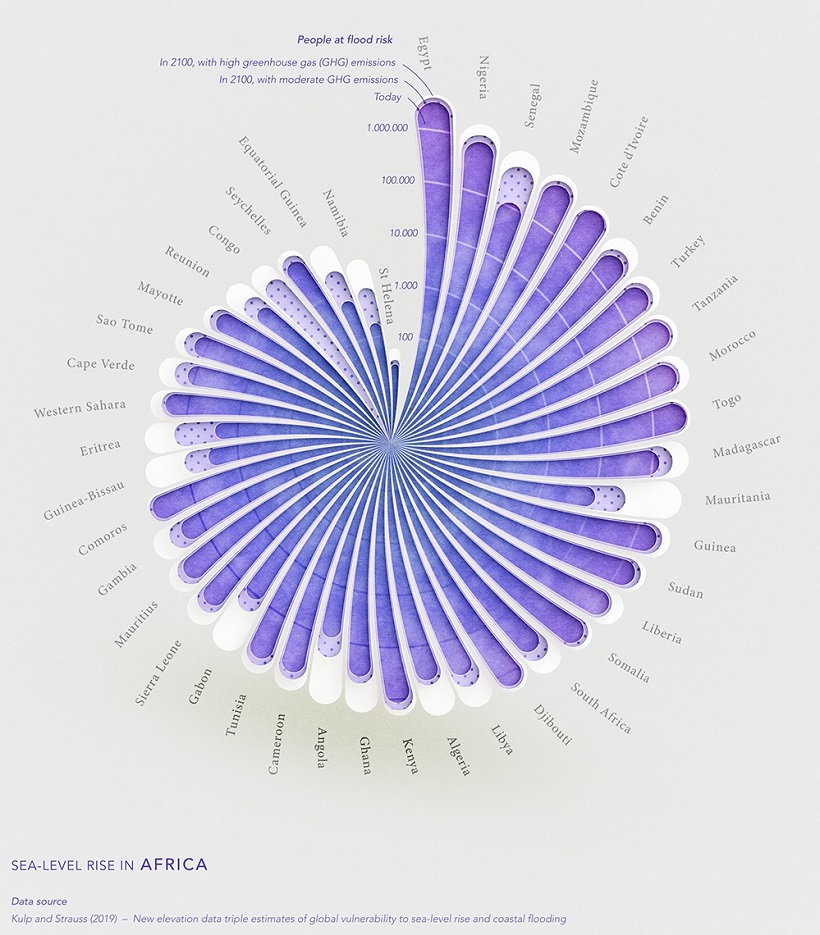 On the continent of Africa, one of the countries with the highest number of people at risk of coastal flooding is Egypt.

Over 95% of Egypt’s population lives along the Nile river, with some areas situated at extremely low elevations. The country’s lowest point is 133 m below sea level.
Asia Asia’s population will be more heavily impacted by flooding than any other region included in the dataset.

According to the projections, 70% of the people that will be affected by rising sea levels are located in just eight Asian countries: China, Bangladesh, India, Vietnam, Indonesia, Thailand, the Philippines, and Japan.
Europe One of the most high-risk populations in Europe is the Netherlands.
The country has a population of about 17 million, and as of 2019, about half of its population lives in areas below sea level. In North America, the U.S., Canada, and Mexico are expected to see the highest numbers of impacted people, due to the size of their populations.

But as a percentage of population, other countries in Central America and the Caribbean are more greatly at risk, especially in high emission scenarios.
One country worth highlighting is the Bahamas. Even based on moderate emission levels, the country is expected to see a significant surge in the number of people at risk of flood.

According to the World Bank, this is because land in the Bahamas is relatively flat, making the island especially vulnerable to sea level rises and flooding.
South America 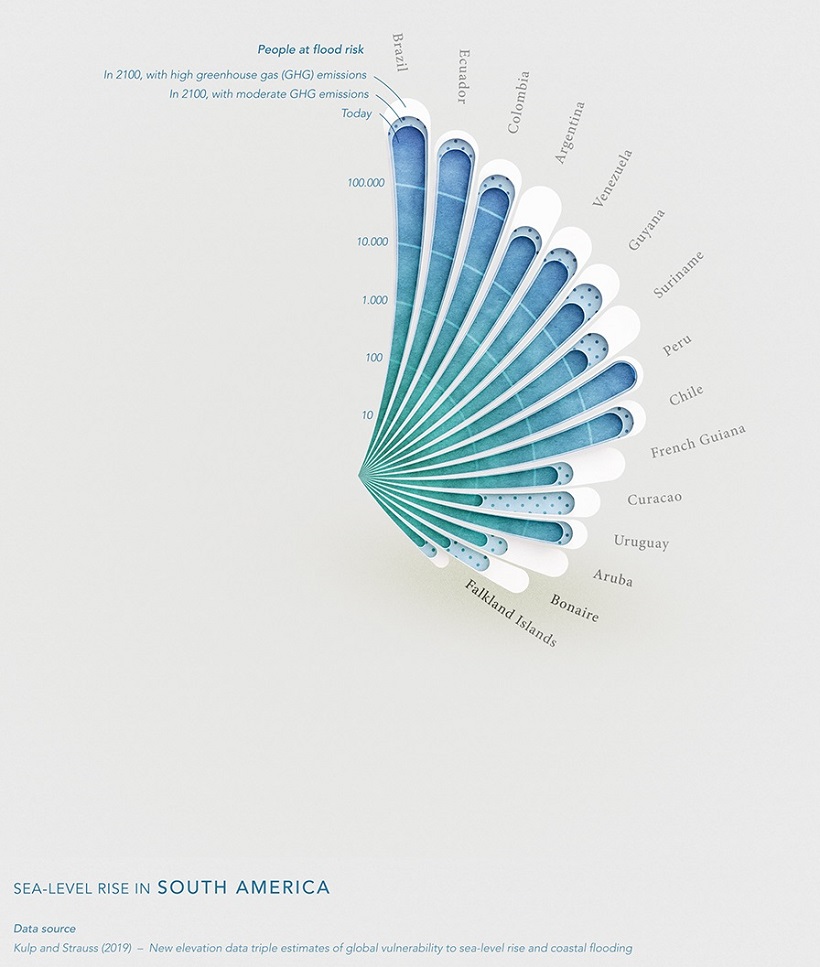 As South America’s largest country by population and with large coastal cities, Brazil‘s population is the most at risk for flood caused by rising sea levels.

Notably, thanks to a lot of mountainous terrain and municipalities situated on high elevation, no country in South America faces a flood risk impacting more than 1 million people.
Oceania By 2100, Polynesian countries like Tonga are projected to see massive increases in the number of people at risk of flooding, even at moderate GHG emissions.

According to Reuters, sea levels in Tonga have been rising by 6 mm each year, which is nearly double the average global rate.
The reason for this is because the islands sit in warmer waters, where sea level changes are more noticeable than at the poles.
What’s Causing Sea Levels to Rise?

Since 1975, average temperatures around the world have risen 0.15 to 0.20°C each decade, according to research by NASA.

This global heating has caused polar ice caps to begin melting—in just over two decades, we’ve lost roughly 28 trillion tonnes of our world’s ice.
Over that same timeframe, global sea levels have risen by an average of 36 mm.
These rising sea levels pose a number of risks, including soil contamination, loss of habitat, and flooding.

As countries are affected by climate change in different ways, and at different levels, the question becomes how they will respond in turn.
Posted by geogarage at 1:07 AM