The ocean is climate change’s first victim and last resort 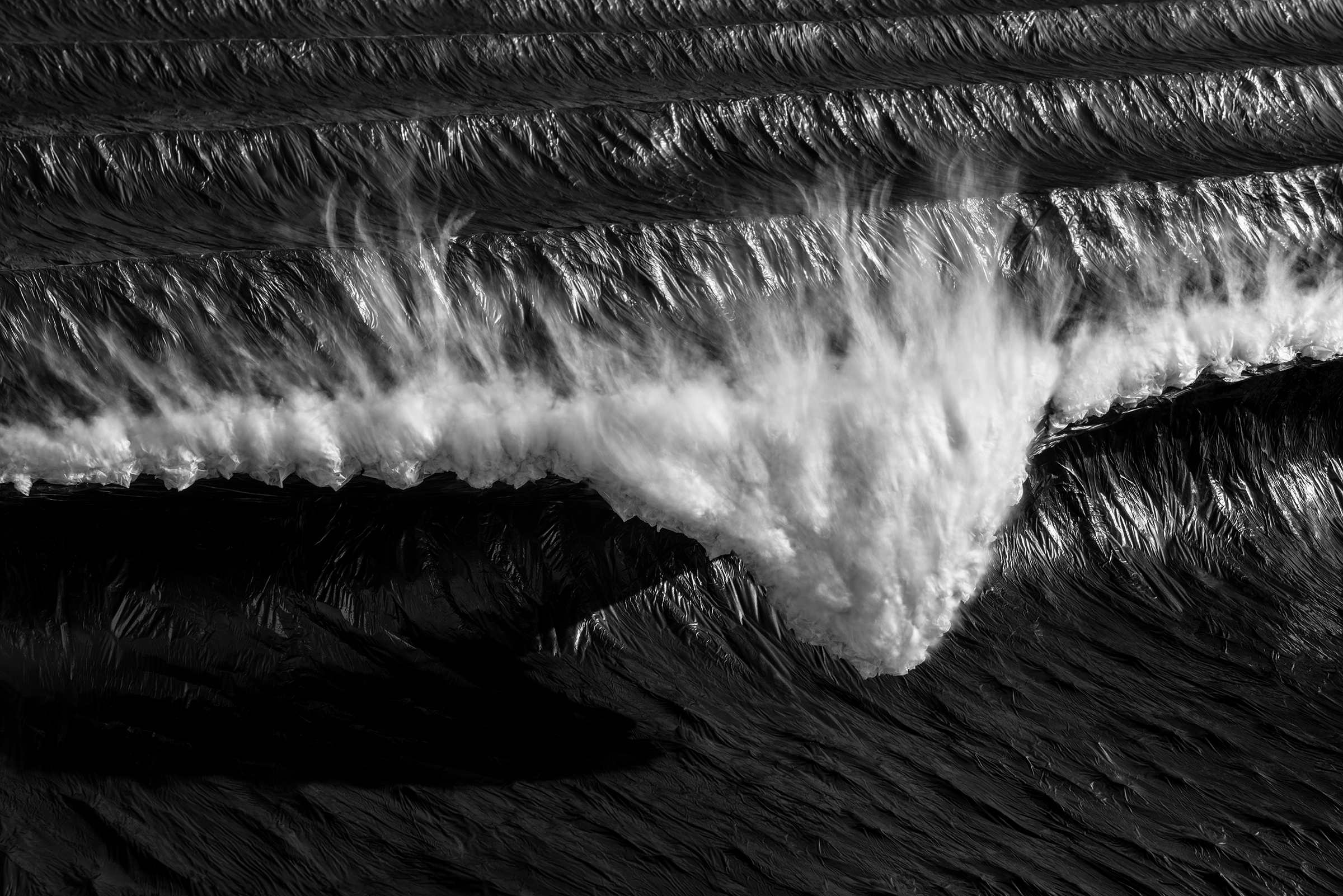 Rain forests may be known as the planet’s lungs, but it’s when standing before the seas, with their crashing waves and ceaselessly cycling tides, that we feel the earth breathe.
The ocean, say scientists, is the source of all life on earth.
It is also, say philosophers, the embodiment of life’s greatest terror: the unknown and uncontrollable.

This duality has become increasingly manifest in the climate discourse of recent years, as ice melts, seas rise, and shores everywhere face storms of a ferocity unseen in living memory.
But even as the ocean has become the subject of hand-wringing over what we’ve wrought, it has also become a keystone of hope that we may limit the damage if we act now.
First, the bad news.
While the front lines of climate change are emerging all around the globe, the first major wounds of global warming occurred in the low-lying island nations of the South Pacific, where communities have always lived and died by the sea and its bounty.
For years now, there has been far more dying, as they have been ravaged by climate-­change-related storms and flooding.
When these countries have implored larger and wealthier—and more culpable—countries to do something, they have mostly been met with silence.
Indeed, at a recent summit in Bonn, Germany, delegates from wealthy nations refused to support an effort to make sure that discussion about compensating poorer ­countries for climate-­change damages would be on the agenda for COP27, the U.N. climate conference set to be held this November in Egypt. But it won’t be long before these powerful nations are facing the sea’s wrath too.
The U.S., U.K., Germany, Brazil, China, India, Japan, and Indonesia are all among the countries with large populations living on land likely to be below sea level by 2100.

Other escalating tragedies are at hand beneath the waters that make up over 70% of earth’s surface, from coral mass-bleaching events to the destruction of marine biodiversity.
There is no going back. But to keep the damage to these already awful levels—and to even daydream of meeting the target the world theoretically agreed on in Paris back in 2015—we’ll have to find some way to work with, and not against, the sea.
As Jane Lubchenco, marine ecologist and former head of the National Oceanic and Atmospheric Administration under President Obama, told my colleague Aryn Baker a couple of years ago, “It’s time to stop thinking of the ocean as a victim of climate change and start thinking of it as a powerful part of the solution.”

We can start at the bottom.
The floor of the Pacific is littered with the rare metals we need to build the batteries necessary to power carbon-free travel.
Moving upward, by harnessing the force of the tides, we could plug another source of renewable energy into our struggling grids; offshore wind farms are also poised to expand exponentially as an essential power source.
And while we may think of road vehicles as the focus of electric-mobility efforts, decarbonizing maritime shipping may be what really brings the global economy into a green future.
MAP BY KYLA MANDEL AND LON TWEETEN

Meanwhile, oceans are the central banks of earth’s carbon stocks. Researchers are hard at work figuring out how to affordably capture CO2 from fossil-fuel-­burning plants and inject the gas into the rock below the ocean floor.
And efforts are already under way to protect and rebuild oceanic ecosystems like mangroves, salt marshes, and seagrasses, that not only sequester more CO2 than their land-bound counterparts, but also act as natural breakwaters to protect coastal populations.

In an interview published in 2002, Werner Herzog, the filmmaker and intrepid philosopher of humanity’s relationship with the natural world, raised the idea that “civilization is like a thin layer of ice upon a deep ocean of chaos and darkness.”
At this moment, with record summer-heat highs and record sea-ice lows, Herzog’s metaphor might be taken literally.
Life as we know it, after all, exists only so long as the ice doesn’t melt, and the potential chaos of the oceans is not fully unleashed.
But it’s also worth considering something Herzog said nearly a decade and a half later.
Speaking about his documentary Into the Inferno, he noted that we face the climate problems we do “not because nature is angry” but rather because “we are stupid.”
He continued: “We’re not doing the right thing with our planet.”
If we did the right thing with our oceans, however, maybe their terrifying powers could save us.
Posted by geogarage at 1:23 AM