The new hydrogen-powered chase boat being developed by Team New Zealand for the next America's Cup is set to be launched in March.

From Stuff by Duncan Johnstone
Team New Zealand will look to turn a stressful 2021 into a year when their innovation dominates the America’s Cup scene.
The defenders had the pressure applied to them by a highly competitive Luna Rossa to retain the Auld Mug in Auckland last March. Within a day of that victory, Team New Zealand were under the pump for their intentions to take the regatta offshore, adamant the funding resources could be found for a home defence.
Emirates Team New Zealand COO, Kevin Shoebridge talks to Stuff after the announcement of protocols for the 37th America's Cup That decision dogged them for the rest of the year as attempts to force them to keep the Cup in Auckland continued against the threat of legal action.

The offshore venues - Cork in Ireland, a multi-city Spanish bid, Jeddah in Saudi Arabia, and a mystery fourth option – remain in play.

Team New Zealand boss Grant Dalton admits the hosting decision could go right down to the wire of their new deadline of March 31.“2021 started stressful for us and ended stressful,” Dalton admitted as he worked to keep the syndicate’s critics at bay. 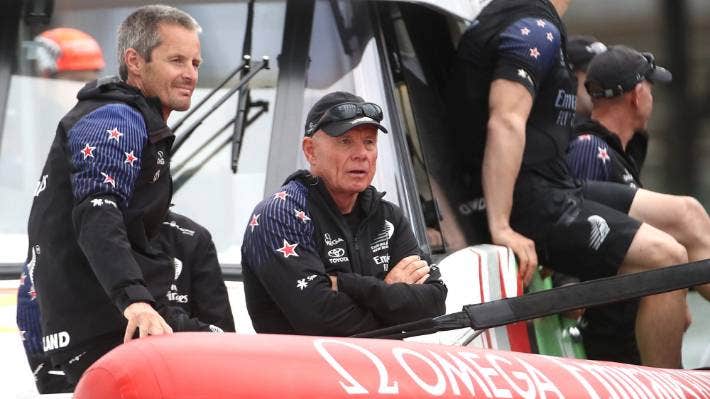 Phil Walter/Getty Images
It’s been a stressful year for Grant Dalton and Team New Zealand as they won the America’s Cup and looked to take the regatta to another level.

The frustration for them is the exciting developments they are achieving with the Cup continue to get swamped by controversies.

Team New Zealand are hoping that can change as the realities of their bold plans come to fruition.

“It’s an innovation year for us,” Dalton says of 2022, when some key dates in the current cycle roll towards the next regatta in 2024.

The venue decision will be vital in several ways and hints of innovation in its destination.

There could be a new feel to the competition if it heads north, as expected, to a neutral venue, a rarity in the history of sport’s oldest trophy that dates back to 1851.

March will also be a month when Team New Zealand’s growing reputation for technological brilliance is on show again.

The prototype of the foiling hydrogen-powered chase boats to be used now sits in Team New Zealand’s base, getting fitted with plans to have it water-tested in March.

The purpose-built catamaran that will carry eight support staff is a futuristic concept - “Think of the Jetsons,” quips Dalton - designed to keep pace with the AC75 yachts that will threaten the 100km/h barrier.

In an era where the environment is everything, it has the ability to be a game-changer for pleasure-boating in a trickle-down effect that is a hallmark of America’s Cup design work.

The current Cup teams can design and build their own, or Team New Zealand are willing to supply them. 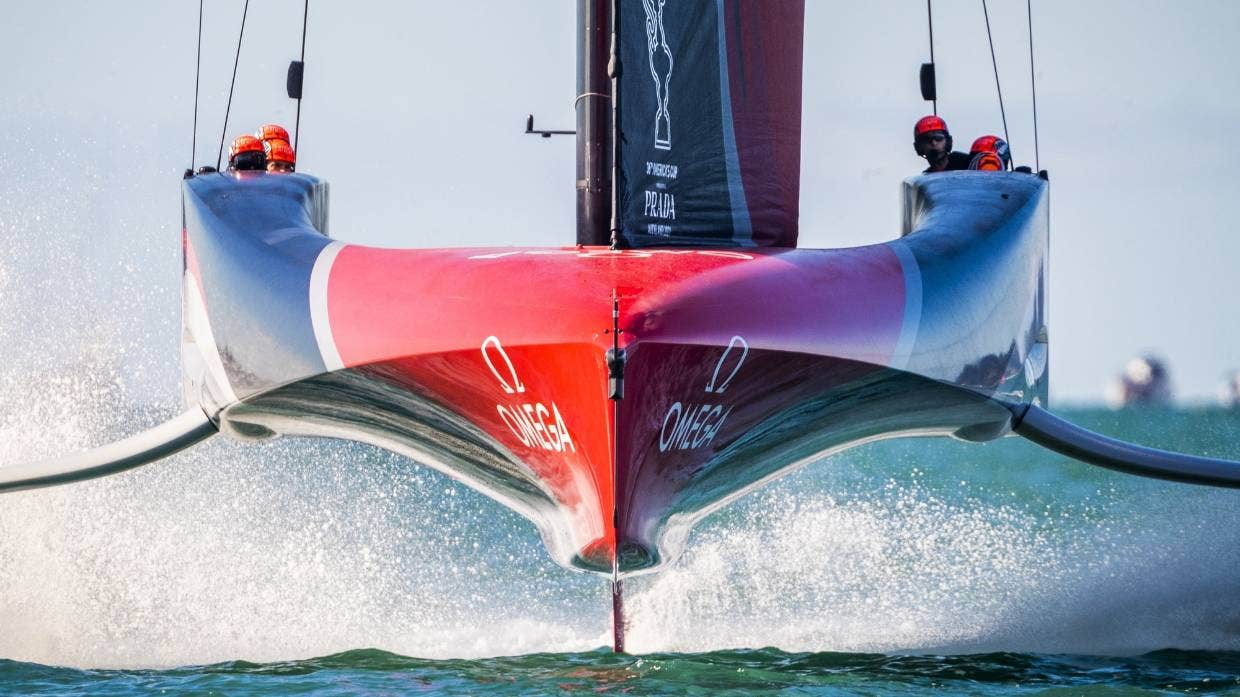 Ricky Wilson/StuffTeam
New Zealand have the benefit of the brilliant Te Rehutai to develop their next America’s Cup boat from.

Time never sits still in this game and Team New Zealand have 30 designers beavering away in their Auckland base, working on the 40-foot foiling version of the Cup class that enthralled the world from last December to March on the Waitemata Harbour.

These smaller but equally powerful boats will be used for team testing as well as the youth and women’s America’s Cups.

They will be built at a yard in China and Team New Zealand expects to receive the first of them in August, looking to have their sailors in them by September.

The Kiwis will have two, seeing them as essential to developing the match-racing skills they felt weren’t at their best during the successful defence. DAVID WHITE/STUFF
Key decisions made in 2022 will help decide who drinks from the America’s Cup in 2024.
Again, this is an innovation that could have long-term benefits to the sport with the revolutionary auto-pilot system able to manage the boat in flight on its foils, simplifying the requirements of the four-person crew.There are hopes the AC40 could develop into a racing class of its own.
Team New Zealand’s designers are also looking at how they can further improve their Cup-winning design. Te Rehutai was a step ahead of their opposition and will be the platform to launch their next thinking.
With teams allowed to build just one, rather than two, Cup boats in this cycle, the pressure is on to get the design right.
The racing boats aren’t expected to hit the water until late 2023, but with a 10-month build key decisions will be made in 2022.
For new teams - returning Swiss syndicate Alinghi is a “new” team for this cycle with a couple more yet to reveal their intentions - there is the ability to purchase a first generation AC75, and they can sail these from June 17 for a total of 20 days to help get them up to speed with the intricacies of the class. 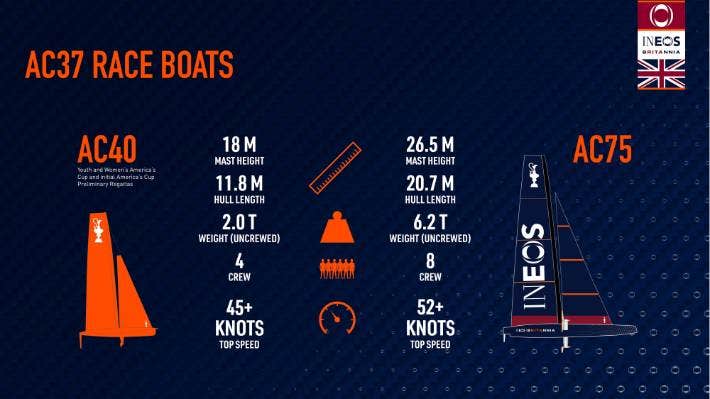 EMIRATES TEAM NZ
The numbers around the next America's Cup.

Entries close on July 22, and it will be interesting to see who else surfaces by then.

There is an allowance for late entries to be accepted up till May 31, 2023 but that late deadline hardly promises a competitive challenge given the complexities involved.

All teams are able to sail their AC75s from September 17 and look for Te Rehutai to be back out on the Auckland waters with a need to get new signing Nathan Outteridge comfortable on the wheel of a full-scaled Cup boat.

By the end of the year the race schedule and the actual racing zone at the new venue will be released.