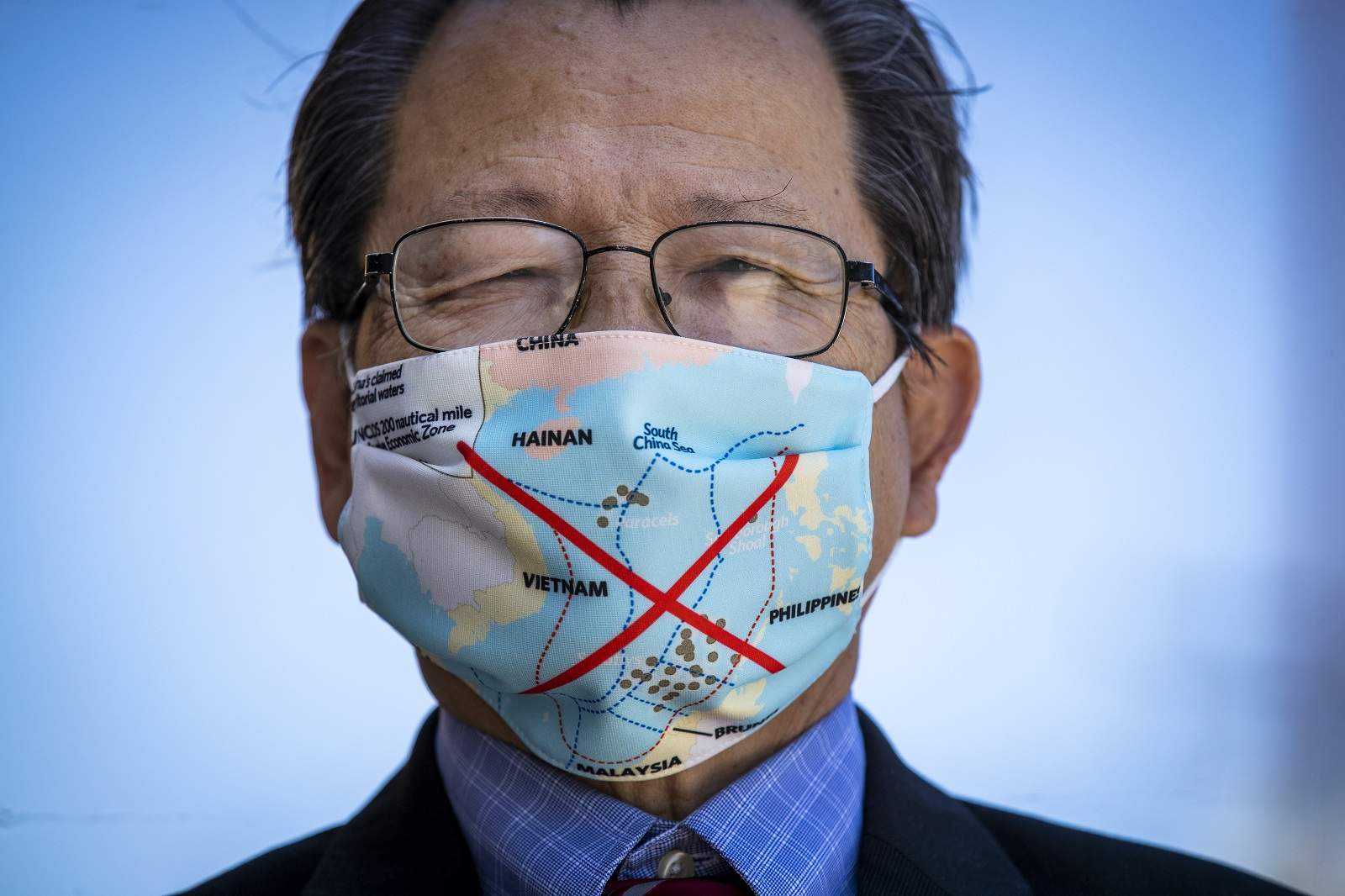 The nine-dash line map contributes to a form of “maritime territorialisation”
(Allen J Schaben/Los Angeles Times via Getty Images)
From The Interpreter by Bec Strating
Vietnam recently banned the film Uncharted from domestic distribution due to a scene depicting an “illegal image” of China’s infamous “nine-dash line”.

This is not the first time popular culture has become embroiled in the politics of the South China Sea.

In 2021, the Philippines’ Department of Foreign Affairs lodged a protest with Netflix about its series Pine Gap, co-produced with the Australian Broadcasting Corporation (ABC).
The Guardian criticised the show for “great amounts of yakkety yak interspersed with occasional scenes of bonking” in a memorable one-star review, but it was the depiction of the nine-dash line that landed the production in hot water in Southeast Asia.
The Philippines’ Movie and Television Review and Classification Board reportedly ruled that two episodes showing the nine-dash line “violated Philippine sovereignty” and were “unfit for public exhibition”.
Vietnam also lodged a complaint over Pine Gap, and Netflix removed the entire series from Vietnamese distribution. 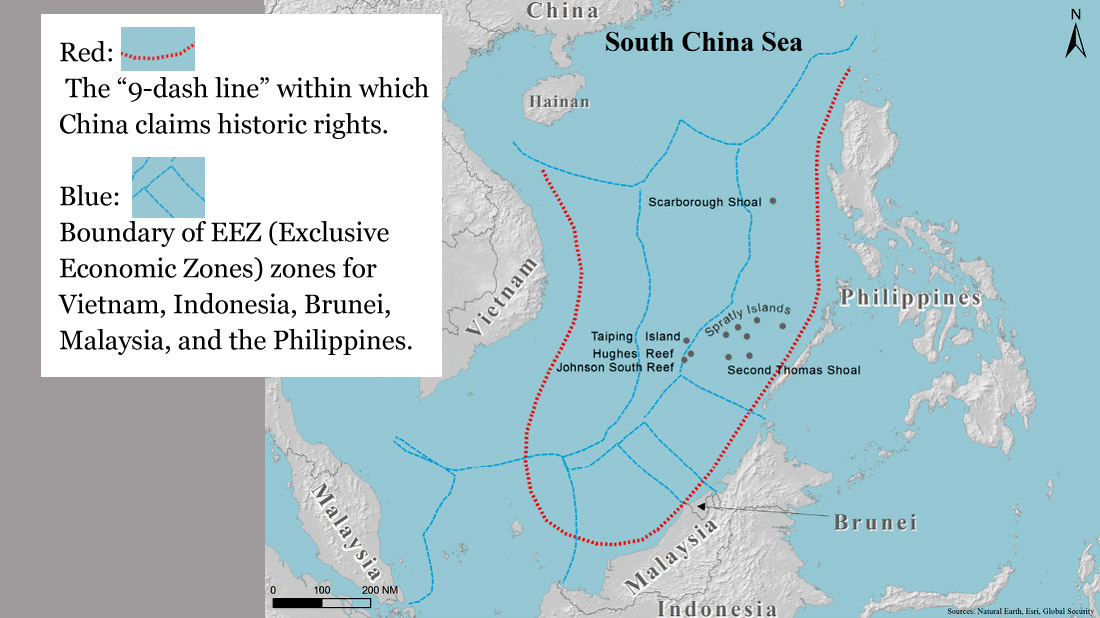 The nine-dash line is used by the Chinese Communist Party (CCP)
to illustrate claims to the South China Sea.
In 2019, Vietnam, Malaysia and the Philippines banned the joint DreamWorks/Pearl Studio film Abominable from cinemas for showing the nine-dash line.
In Vietnam, film distributor CJ CGV was fined VN$170 million (US$7400) for showing the film.
At the time, tensions were high, with China and Vietnam engaged in a stand-off for months as the Chinese vessel Haiyang Dizhi 8 conducted surveys within the disputed waters around the Spratly Islands.
Complaints were also raised in Vietnam and the Philippines about the use of the nine-dash line in the Chinese series Put Your Head On My Shoulder and US series Madam Secretary, both shown on Netflix.

Why is this a problem? 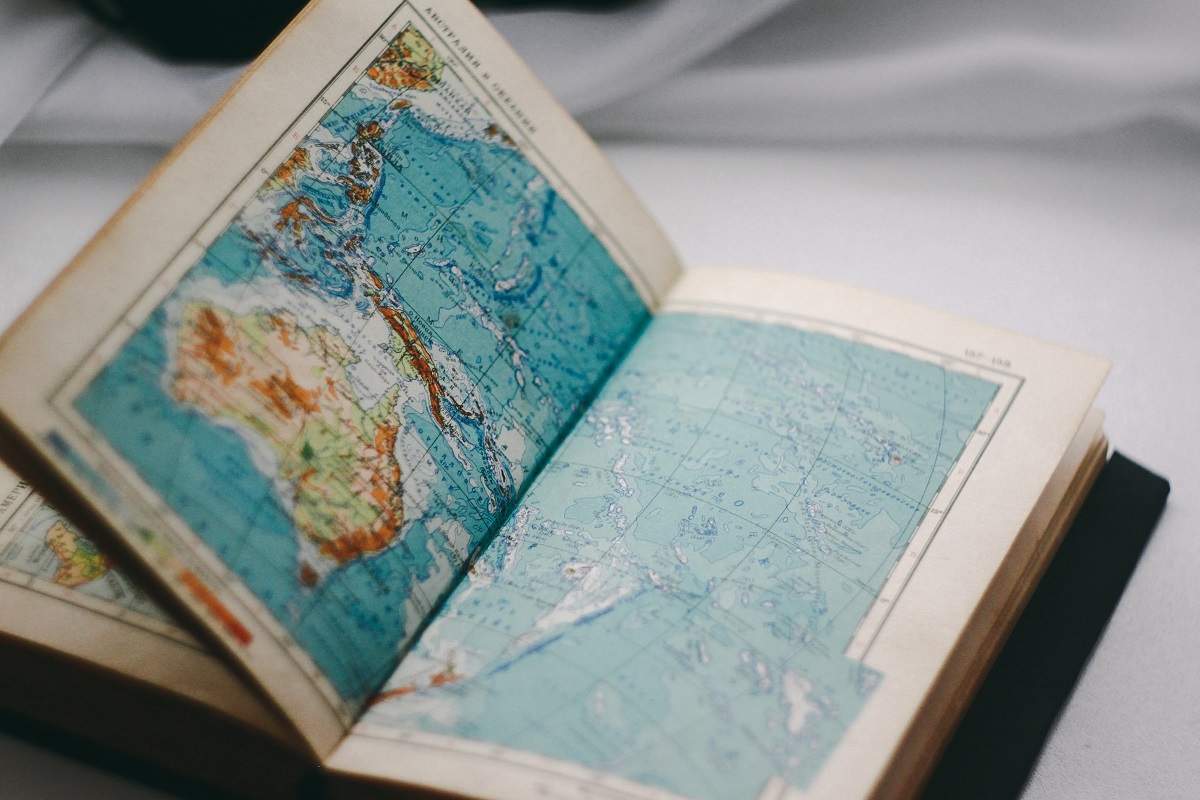 When maps of Australia, for example, are used in popular culture, the country’s Exclusive Economic Zone or continental shelf claims are not likely to be depicted
(pure julia/Unsplash)
The nine-dash line is used by the Chinese Communist Party (CCP) to illustrate claims to the South China Sea.
One of the key issues though is that the nature of the claim is deliberately ambiguous and it has never been made explicit by the CCP what the nine-dash line represents.
Instead, it has been left to analysts, academics, international lawyers and an arbitral tribunal to interpret what the CCP is claiming through the interaction between its words, policies, actions, laws and maps.

The nine-dash line encompasses approximately 90 per cent of the three million square kilometre South China Sea. Within this area, China makes sovereignty and maritime claims.
Some Chinese analysts view the nine-dash line as a maritime border, reflected in the use of dashes rather than a continuous line.
Moderate Chinese legal scholars have argued that the nine-dash line reflects China’s sovereignty and, drawing partly on the United Nations Convention on the Law of the Sea (UNCLOS), sovereign rights to fishing and other resources.
Yet there are concerns that the nine-dash line may suggest that Beijing conceptualises the seas as part of its sovereign territory and domestic jurisdiction.
This is not just reflected in maps, but in how Beijing has sought to use naming, administrative and legal strategies to exert control over maritime area and land features, including those that are not subject to sovereign appropriation, such as low-lying elevations.

The nine-dash line map contributes to a form of “maritime territorialisation” in which sovereignty over maritime area is represented and reinforced.

Strategic narratives are one component of lawfare: the use (and misuse) of law for strategic ends.
Even great powers need to justify their exceptionalism, and one method is through the use of quasi-legal rhetorical and representational justifications for their claims and activities.
Maps play an important role in bolstering such strategic narratives.

The use of popular media comes in handy because it can contribute to normalising images and maps that may be legally dubious and deeply political, yet are not being disseminated by political parties or actors.

When maps of Australia, for example, are used in popular culture, the country’s Exclusive Economic Zone or continental shelf claims are not likely to be depicted.
This is because these maritime jurisdictional entitlements are accorded to Australia by UNCLOS, and these zones do not have the same relationship to the nation as land. In these maritime areas, Australia has sovereign rights, but does not have absolute sovereignty.

In contrast, the nine-dash line map contributes to a form of “maritime territorialisation” in which sovereignty over maritime area is represented and reinforced.
While the dashes may reflect a maritime rather than a territorial boundary, their representation in popular maps suggests that land and sea are analogous and linked to nationhood in a way that does not reflect contemporary international law.
Links :
Posted by geogarage at 1:47 AM