These little robots could help find old explosives at sea 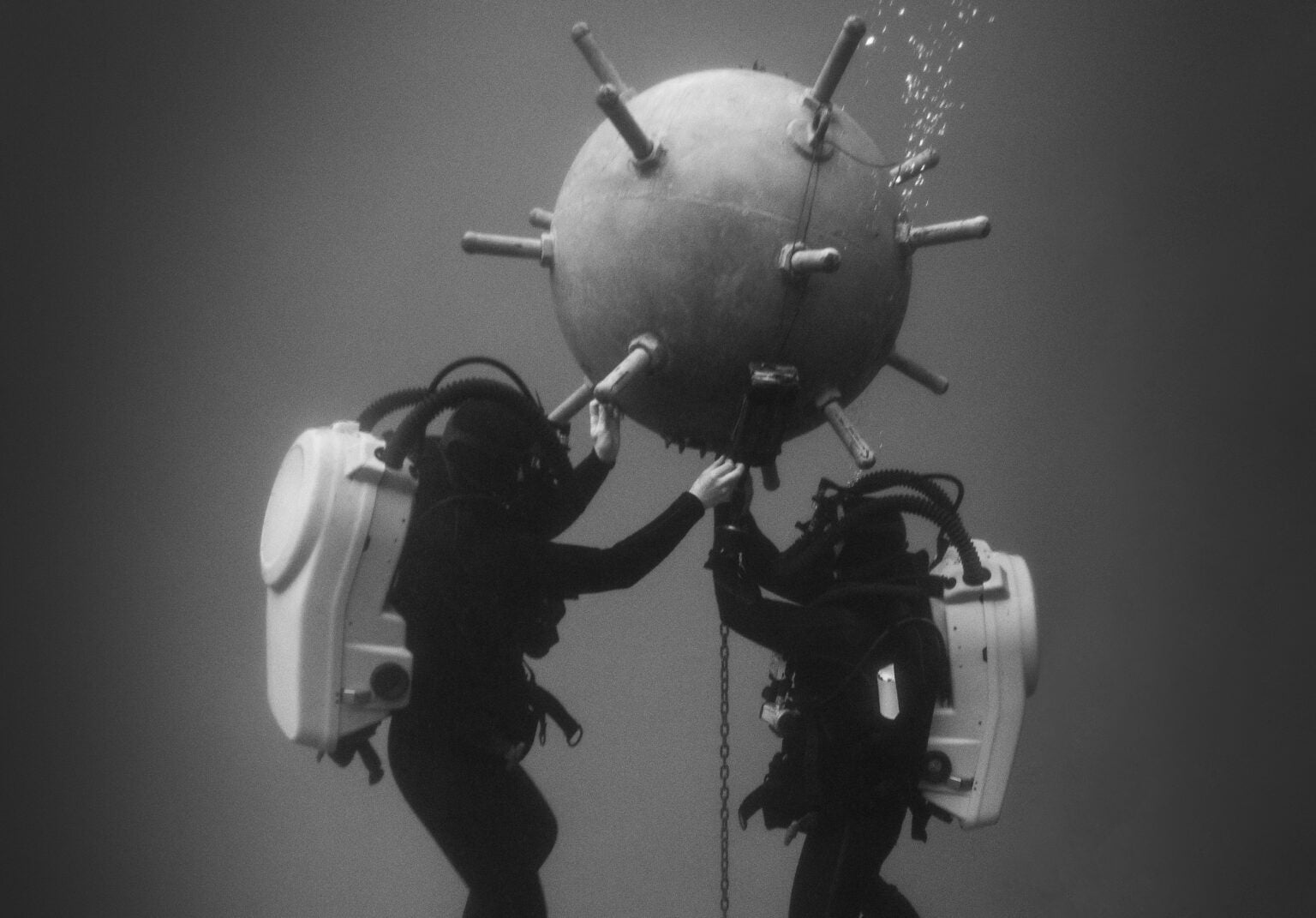 This image depicts a simulated scenario in a special pool in San Diego, California, in 2017.
Robotics can help make dangerous jobs like this one safer.
US Navy / Charles E. White
From PopScience by Kemsey D. Atherton
How new autonomous underwater vehicles can assist the UK in searching for deadly mines lurking in the oceans.

When it comes to clearing the ocean of explosives, the British Royal Navy is turning to robots. Announced April 12, the Ministry of Defense is awarding £32 million (about $42 million) to Dorset-based company Atlas Elektronik to give the fleet an “autonomous mine-hunting capability.”
Employing robots to hunt and clear the sea of naval mines should make waterways useful for military missions and safe for commercial and civilian use afterwards.

“The threat posed by sea mines is constantly evolving,” said Simon Bollom, CEO of the UK’s Defence Equipment and Support Board, in a statement.
To meet this changing threat, the Royal Navy is acquiring a total of nine robotic vehicles, equipped with synthetic aperture sonar and advanced software.
The robots, known as Medium Autonomous Underwater Vessels once in service, are based on Atlas Elektronik’s SeaCat, a modular robot with a torpedo-shaped body and a range of sensors and systems it can mount.

The SeaCat can operate in shallow waters, less than 7 feet deep, by moving along the surface, and it can reach depths of up to 1,970 feet under the surface, traveling as far as 23 miles autonomously.
The base model of the SeaCat can operate for up to 10 hours under water, traveling as fast as 3.5 mph. Synthetic aperture sonar offers higher resolution images of objects underwater, making it useful for both geographic surveying and mine detection.

The threat of mines is not theoretical.
In late March, Turkish military divers defused a naval mine that had drifted towards its Black Sea coast.
A Russian intelligence agency accused the mine of being Ukrainian, while Ukraine’s government called the claim misinformation.
The explosive was identified only as an old type of mine, which means it could be from a prior conflict, or an old weapon pressed into service in the recent war. 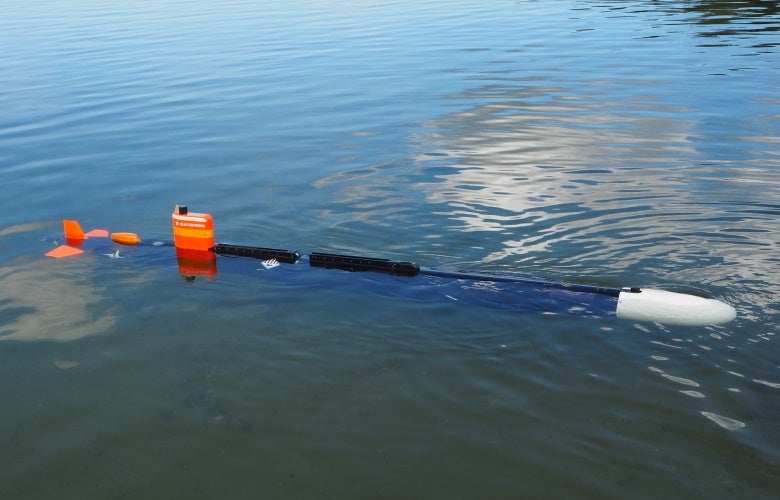 The SeaCat. Atlas Elektronik
A terrible thing that waits
Like landmines, sea mines are an explosive paired with a trigger, allowing the weapons to wait until a certain condition is met before detonating.
In war, sea mines are placed, like landmines, to obstruct passage through a crucial area, making any attempt to escape a mined harbor or cross a mined strait an exercise in explosive hazard.

Modern sea mines date back to the 1870s, when engineers figured out how to keep a trigger intact without the sea eroding it.
These mines—explosive spheres with protruding rods—would trigger when a ship collided with the rod, breaking a vial inside and setting off an electrical charge.
The mines would wait until a ship collided with the trigger rod, floating on or below the surface of the water and often anchored in place to prevent drift.

Once engineers solved the problem of creating an explosive that could wait at sea, navies had to figure out how to clear those explosives from the water safely.
Over 100 years ago, in “The Making of a Submarine Mine” in the January 1916 Popular Science, the magazine discussed methods of making short-duration mines, as well as defusing already-placed mines with electrical fuses.

Before mines can be defused, they must be found.
This was initially the work of small motorboats, though the work is dangerous and risks the lives of human crew.
Mines also become more sophisticated over time. Before World War I concluded, sea mines could trigger on sound, magnetism, or changes in water flow.
Because mines from all eras can persist in the ocean, modern mine clearing has to accommodate for old and modern triggers.

Like with the mine in Turkey, underwater explosives are often defused by teams of human divers.
This work combines the hazards of on-ground explosive disposal with the additional difficulty of being underwater, with visibility limited depending on the depth and condition of the sea.
It’s a job people have outsourced to robots as much as they possibly can, trusting remotely operated machines to take on the risk at distance from human operators.

The United Kingdom, together with France, has already invested in multiple robots that can defuse mines once located.
Once found and tracked, a specific mine-defusing robot can be launched to place an explosive on the surface of the mine, before retreating so the new explosive can detonate the found mine.

What the Royal Navy’s new robots will do is improve the process of finding and neutralizing mines, scanning and patrolling the sea on their own autonomous navigation.
This saves the human labor for operating remote robots and managing detonations, as the new craft scan the ocean to find any explosives still in the water.

As sea mines continue to find utility in war, and even more as mines continue to persist long after wars end, navies being able to clear the oceans of explosive detritus will prevent tragedy at sea.
Posted by geogarage at 1:17 AM