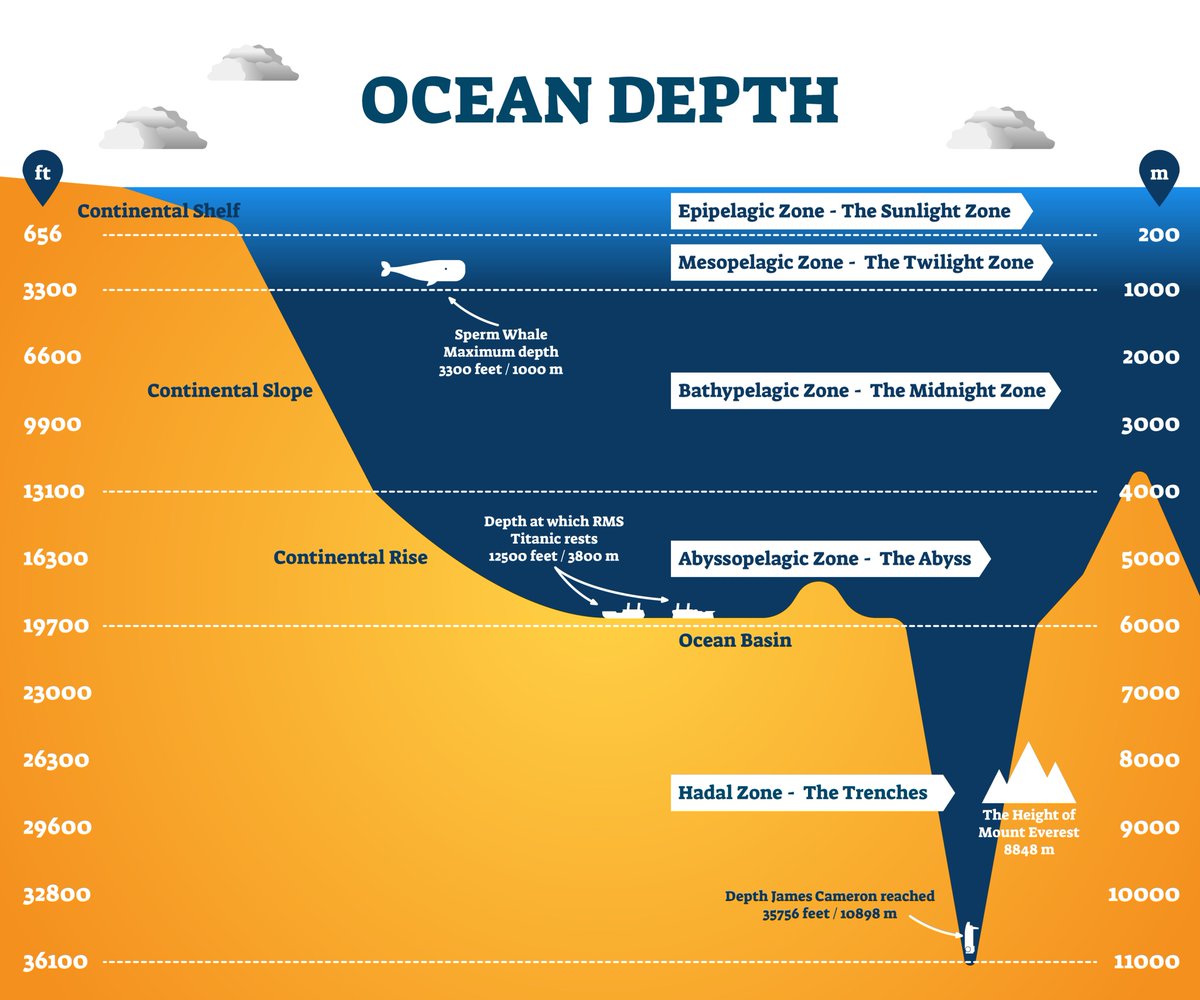 From Discover Mag by Jack Feerick

When sonar detected a massive object hundreds of meters below the water, operators suspected sunken islands.
It was actually the deep scattering layer.

The depths of Earth’s oceans remain, to a large extent, as mysterious as the reaches of outer space.
Cold, dark and hostile, less than 10 percent of their vast area has been explored by technology, and an even smaller fraction by human beings themselves.

Much of what we know about the sea, then, we know from deduction.
Before the 21st century, for example, we had no photographic evidence of giant squid, nor even an intact carcass.
But mariners from as far back as antiquity surmised their existence by the marks their tentacles left on the flanks of whales.

The story of the deep scattering layer is another one of deduction: an anomalous observation — in this case, a sonar glitch — changed the way we think about marine ecology forever.
Sounding the Depths

Sonar works similarly to a bat’s natural echolocation.
An underwater sound projector produces a regular sonic pulse, or “ping,” while a receiver detects the reflected sound waves.
The amplitude and return time of these echoes indicate the size and relative distance of objects nearby.

When sonar became standard equipment on U.S. Navy ships, around 1942, operators were confounded by an unexpected acoustic signature they called the “phantom bottom.”
It appeared to be a solid plane some 300 to 500 meters below their ships, in what we now call the mesopelagic, or “twilight,” zone.
That’s pretty deep — below the depth that most contemporary submarines can travel — but nowhere near the actual seabed, which sailors had long known from lead and line soundings to be at least 4,000 meters down in certain places. 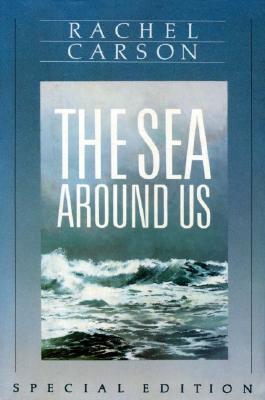 Celebrated author and marine biologist Rachel Carson wrote about the phenomenon in her best-selling book The Sea Around Us.
In a lecture following the book’s release, she said, “people at first mistook [these readings] for shoals or sunken islands, and reported submerged land where none existed.”

The false bottom, however, was a global phenomenon.
Sonar operators across every ocean reported similar findings — indications of something substantial, miles wide in every direction, where no seafloor should be.
More curious still, it moved.
During daylight hours, the phantom bottom readings remained steady.
But as night fell the floor began to rise, the reflected signal dispersing overnight before descending as dawn approached.
Run Silent, Run Deep

During the Second World War, the U.S. Navy counted on sonar warnings to protect sailors and submariners from attack.
Therefore, unraveling the mystery of the phantom bottom became a matter of national security.
Multiple explanations were proposed, including equipment malfunction or some enemy sonar-jamming device, but none bore up to investigation.

In 1945, Martin Johnson of the Scripps Institution of Oceanography posited a solution.
He argued that this “deep scattering layer,” as he called it, was composed of living creatures — trillions of shrimp, jellyfish and bony fish that rose each night to feed in warmer surface waters before returning to their deeper homes.
Johnson’s field work, although limited to two days and nights of sampling in a single location, upended conventional wisdom.

Marine ecologists describe the ocean as a series of layers, or zones, each deeper than the last and each with its own unique ecosystem.
Waters circulate with the tides and currents, but the plant and animal life in each zone has adapted to a unique salinity, temperature and pressure.
The deep scattering layer lies in the mesopelagic zone and as Carson noted, “We had always assumed that these mid-depths were a barren, almost lifeless, Sahara of the sea. [W]here there is no sunlight, no plants can live. So we assumed that food would be too scarce to support a very abundant animal population there.”

In Johnson’s model, however, the mesopelagic zone teemed with life — enough to constitute a “living supercontinent” that blanketed the entire ocean and reflected sound waves.
As a result, our entire understanding of marine ecology shifted and revised estimates of global marine biomass increased tenfold.
Piercing the Twilight Zone

In the decades since Johnson’s initial hypothesis, new technologies have made the mesopelagic zone slightly more accessible to scientists.
Samples indicate that various species of lanternfish, ranging from two to ten inches in length, account for the majority of the deep scattering layer (and up to 65 percent of the planet’s total fish biomass).
With a global bulk estimated at between five and 10 million metric tons, lanternfish are now believed to be the most common and widely distributed variety of all marine animals — and probably of all vertebrates — on Earth.
Marine scientist Kelly Benoit-Bird explores the oceans' depths with acoustic technology to better understand animal behavior like schooling, cooperation, and predator-prey interactions.
At the Museum's Ocean Luminaries event held on March 2, 2018, she discussed the challenges of studying animals that live in the dark, and how a robot equipped with acoustic technology is providing new views of the deep.
Benoit-Bird is a senior scientist at the Monterey Bay Aquarium Research Institute.
But there are still mysteries to be solved.
In 2013, marine scientist Kelly Benoit-Bird sent robot cameras into the layer’s midst.
“We were limited in our perspective, looking down from the surface,” she says.
The new perspective revealed previously unsuspected schooling patterns: Mesopelagic animals are not randomly intermixed but seem to gather in tight formations by species.
Scientists previously assumed this type of clustering occurred only in the sunlit shallows, where it deterred visual predators like dolphins.
“This study shows that sound-scattering layers are not just accidental aggregations; they are the result of intentional effort by both individual animals and groups of animals,” says Benoit-Bird.
The reasoning behind these aggregations is yet another twilight zone mystery whose answer may eventually be brought out of the deep and into the light.