Image of the week : Cloud party in the Pacific 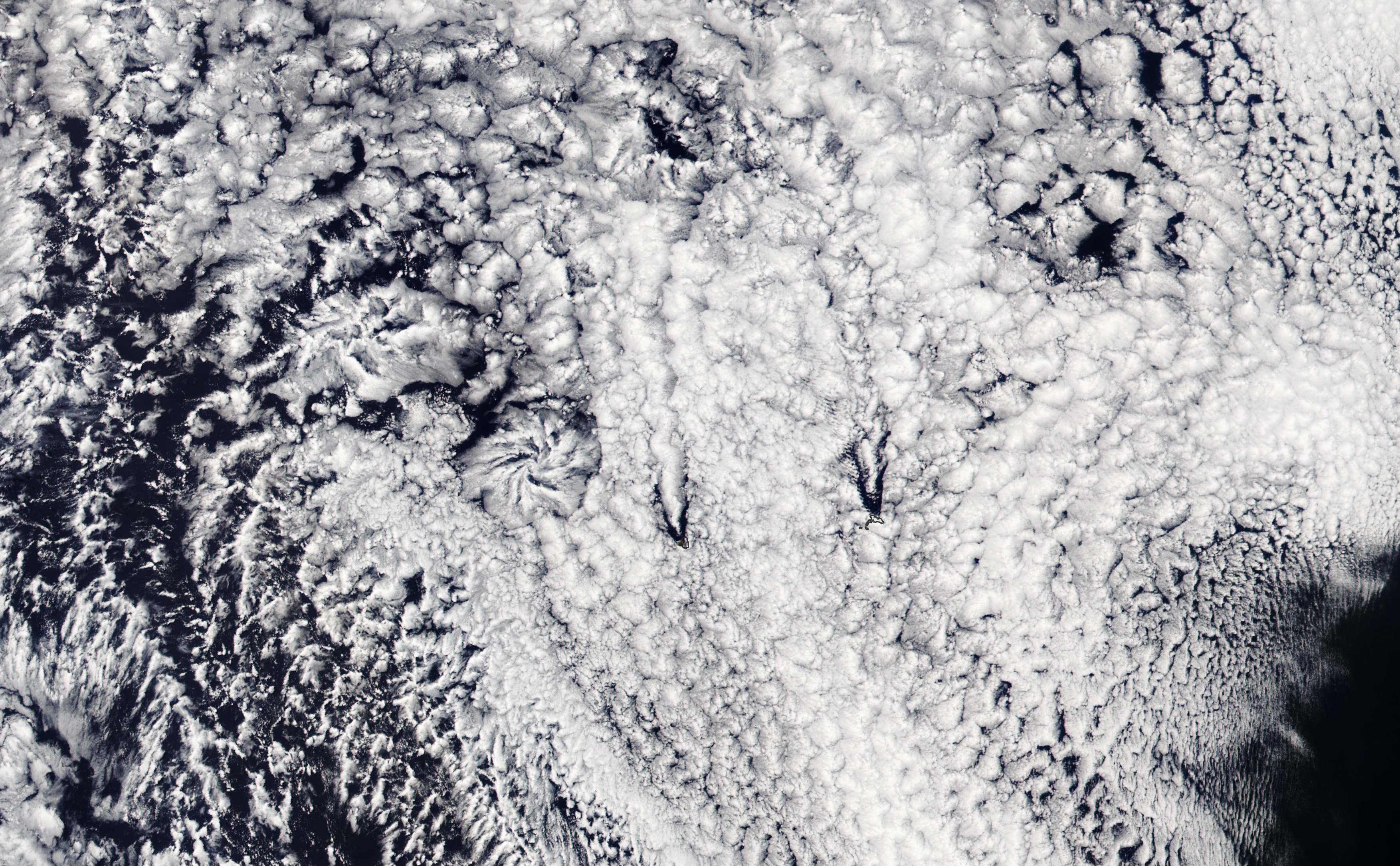 From NASA
Some of the first features that scientists noticed in April 1960 after NASA launched TIROS-1, the first weather satellite, were peculiar hexagonal “cells” that appeared in clouds over the ocean.
With diameters ranging from 50 to 100 kilometers (30 to 60 miles), the features were large enough that they had never been recognized from the ground.
The phenomenon came to be called mesoscale cellular convection (MCC). Meteorologists soon grouped these cloud systems into two main classes.
The centers of “closed” cells were clouded over, while “open” cells had clear centers.
By the time TIROS-5 was launched in 1962, researchers had identified a third class of MCC—an intermediate type with a radial structure that looked similar to flowers or wagon wheels.
They named them actinoform clouds, derived from the Greek word aktinos, meaning “ray.”
Though actinoform clouds were initially thought to be rare, satellite observations collected in the past few decades have made it clear that they are fairly common.
The clouds are regularly spotted in imagery of the ocean.
They can last up to 72 hours and often bring drizzling rain.
On March 11, 2022, the Visible Infrared Imaging Radiometer Suite (VIIRS) on the NOAA-20 satellite captured this image of two actinoform clouds to the west of Alejandro Selkirk and Robinson Crusoe islands.
The cloud farther to the east has a classic actinoform shape, while its partner to the northwest has a more linear, diffuse form.
It is not clear why actinoform clouds develop, but they show up where marine stratocumulus clouds occur—typically in stable air along the western coasts of major landmasses.
Researchers suspect that ocean currents and water temperatures play a role in their formation.
Other eye-catching clouds were also on display on March 11.
Faint rows of von Kármán vortices appear north of the two islands.
The spiraling cloud patterns form when winds get diverted around elevated areas, often islands, rising from the ocean.

The two islands beneath the clouds are volcanic mountains off the coast of Chile.
Alejandro Selkirk island was named after a Scottish sailor who spent four years as a castaway on the neighboring island after his captain abandoned him after an argument.
Alexander Selkirk’s (also spelled Selcraig) ordeal served as partial inspiration for the novel The Life and Adventures of Robinson Crusoe. 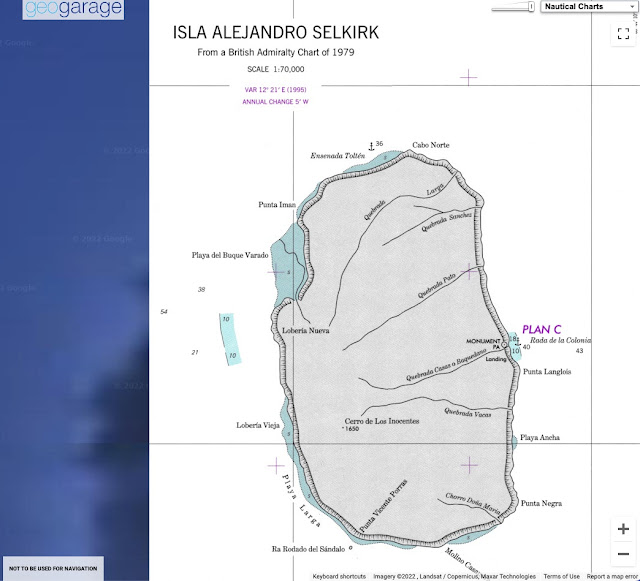 Once known as Más a Tierra, the smaller of the islands was renamed Robinson Crusoe in 1966 in honor of the book.
At the same time, Alejandro Selkirk island, formally known as Isla Más Afuera, was given its name.
Posted by geogarage at 1:32 AM