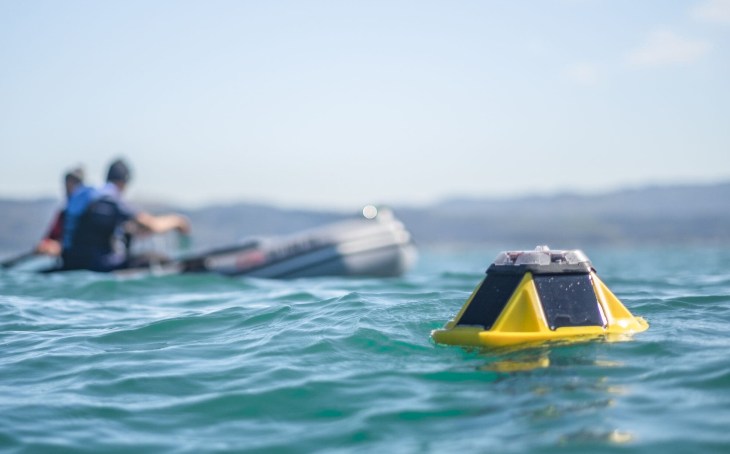 The ocean is vast and mysterious … but rather less so when you have thousands of little autonomous buoys reporting back interesting info to you every day.
That’s just what Sofar Ocean has, and it just raised $39 million to scale up its vision of real-time understanding of the seven seas.

The company operates what it calls an “ocean intelligence platform,” essentially a real-time map of various important oceanic metrics like currents, temperature, weather and so on.
While some of this information is easy enough to get from satellites or the large network of shipping vessels on the water at any given time, the kind of granularity and ground truth you get from having thousands of dedicated observers riding the waves is pretty clear.

If you have data that’s 15 minutes old rather than yesterday’s reading or an estimate by a passing satellite, you can simply make more informed decisions about things like shipping routes, weather predictions (even on land), and of course there are the innumerable scientific applications of such a large amount of data.
Understand the ocean like never before.
There are, so far, if you will, some unspecified thousands of “Spotters,” as they call them, out there.

“One might argue this number still feels small when you think about the size of the oceans,” said CEO Tim Janssen, but it’s both more than others have accomplished and still not enough.
“We’ve already got all five oceans covered, but now it’s time to kick it into even higher gear to improve the density of this distributed platform for the most powerful sensing capability possible.
That’s why we anticipate rapidly adding many more sensors over the next couple of years to expand the data we collect and get even more accurate ocean insights.”

Sofar and DARPA recently announced a hardware standard called Bristlemouth intended to serve as a reference design for people designing their own ocean-going data collection devices.
The idea is to make the growing autonomous presence in the water as interoperable as possible to avoid the bother of overlapping yet incompatible networks.

The challenges from running a network of thousands of presumably barnacle-encrusted, fish-nibbled, weather-beaten robo-buoys are what you might expect.
Janssen said the Spotters require “minimal maintenance,” having been designed to survive the open ocean for long periods of time.
“We recently had a Spotter that was covered in ice because of harsh weather conditions and once the ice melted months later, it automatically started sharing data again,” he recalled.
If one washes up on shore they help the finder return it to where it needs to be.

The devices report not through manual data offloading or mesh networking (though this is an option) but through the Iridium satellite network — though Janssen said the company is “starting to lean into some of the latest technologies, like Swarm, that are revolutionizing the satellite communication space.” (Swarm, as we’ve followed since its early days, is a low-bandwidth satcom network focused on IoT-type applications rather than consumer internet. SpaceX is in the process of acquiring them.) 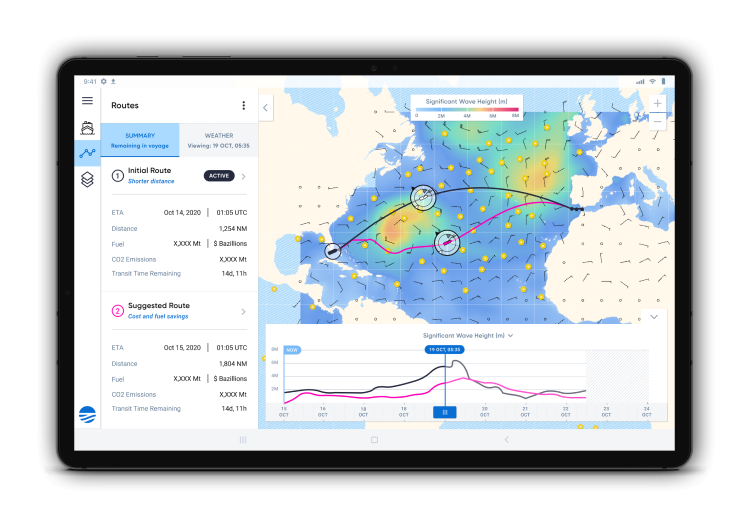 Sofar’s interface for showing currents and other ocean conditions.
Image Credits: Sofar
The $39 million round was led by Union Square Ventures and the Foundry Group, both of which expressed (in a press release) the clear need for more data in both present enterprises like shipping and future work like studying climate change.

“What we’re seeing now, especially in light of COP26, is that climate change discussions are finally taking center stage as governments across the globe adjust and plan ahead for more intense hurricanes and storms, rising sea levels and threatened ecosystems like coral reefs,” Janssen explained.
“Any clarity that can be provided regarding these changing weather patterns, currents and temperatures, and sensitive marine ecosystems isn’t just a win for us or our partners; it’s truly a win for each individual on this planet as we all collectively work together to beat the ticking clock.”

While governments think about whether they should do anything, of course, shipping and supply chain management companies are willing to pay for Sofar’s data, in the hopes of better routing, which minimizes fuel use and improves logistics generally.

“Having access to real-time data is going to help reduce uncertainty across all these industries to be more efficient, make better business decisions, and even save fuel to reduce emissions — all to establish a more sustainable and more prepared planet,” Janssen said.
Links :
Posted by geogarage at 1:22 AM