eLoran: Part of the solution to GNSS vulnerability 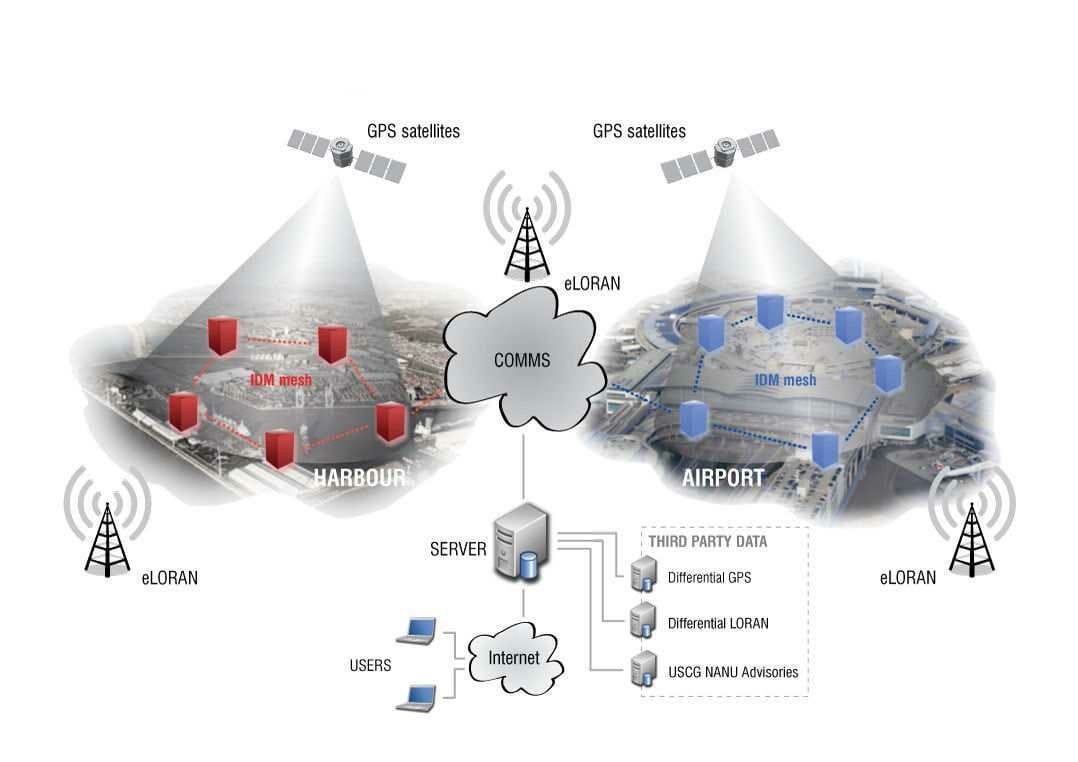 Though marvelous, GNSS are also highly vulnerable.
eLoran, which has no common failure modes with GNSS, could provide continuity of essential timing and navigation services in a crisis.

GPS fits Arthur C. Clarke’s famous third law: “Any sufficiently advanced technology is indistinguishable from magic.” Yet, it also has several well-known vulnerabilities — including unintentional and intentional RF interference (the latter known as jamming), spoofing, solar flares, the accidental destruction of satellites by space debris and their intentional destruction in an act of war, system anomalies and failures, and problems with satellite launches and the ground segment.

Over the past two decades, many reports have been written on these vulnerabilities, and calls have been made to fund and develop complementary positioning, navigation and timing (PNT) systems.
In recent years, as vast sectors of our economy and many of our daily activities have become dependent on GNSS, these calls have intensified.

A key component of any continent-wide complementary PNT would be a low-frequency, very high power, ground-based system, because it does not have any common failure modes with GNSS, which are high-frequency, very low power and space-based.
Such a system already exists, in principle: it is Loran, which was the international PNT gold standard for almost 50 years prior to GPS becoming operational in 1995.
At that point, Loran-C was scheduled for termination at the end of 2000.

However, beginning in 1997, Congress provided more than $160M to convert the U.S.
portion of the North American Loran-C service to enhanced Loran (eLoran).
In 2010, when the U.S.
Loran-C service ended, its modernized and upgraded successor was almost completely built out in the continental United States and Alaska.
During the following five years, Canada, Japan, and European countries followed the United States’ lead in terminating their Loran-C programs.

Today, however, eLoran is one of several PNT systems proposed as a backup for GPS.

The National Timing Resilience and Security Act of 2018 required the Secretary of the U.S.
Department of Transportation (DOT) to “provide for the establishment, sustainment, and operation of a land-based, resilient, and reliable alternative timing system” as a backup to GPS.
In January 2020, the DOT awarded contracts to 11 companies to demonstrate their technologies’ ability to act as a backup for GPS.
Of these companies, two were working on eLoran projects.

Technical advisers to the federal PNT Executive Committee have been advocating and recommending that the government implement eLoran for the past 11 years.
Yet, while the U.S.
government announced in 2008, and again in 2015, its intention to build an eLoran system, it has not done so yet.

Not Your Grandfather’s Loran

In the 1980s, I used Loran-C to navigate on sailing trips off the U.S. East Coast.
It had an accuracy of a few hundred feet and required interpreting blue, magenta, black and green lines that were overprinted on nautical charts.
The system was a modernized version, launched in 1958, of a radio navigation system first deployed for U.S. ship convoys crossing the Atlantic during World War II.
Its repeatability was greater than its accuracy: lobster trappers could rely on it to return to the same spots where they had been successful before, though they may have had some offset from the actual latitude and longitude.

By contrast, eLoran has an accuracy of better than 20 meters, and in many cases, better than 10 meters.
It was developed by the U.S. and British governments, in collaboration with various industry and academic groups, to provide coverage over extremely wide areas using a part of the RF spectrum protected worldwide.
Unlike GNSS, eLoran can penetrate to some degree indoors, under very thick canopy, underwater and underground, and it is exceptionally hard to disrupt, jam or spoof.

Unlike Loran-C, eLoran is synchronized to UTC and includes one or more data channels for low-rate data messaging, added integrity, differential corrections, navigation messages, and other communications.
Additionally, modern Loran receivers allow users to mix and match signals from all eLoran transmitters and GNSS satellites in view.

Finally, eLoran can be used for integrity monitoring of GPS — and vice versa.
“Think of a resiliency triad, consisting of GNSS (global), eLoran (continental), and an inertial measurement unit, a precise clock, or a fiber connection,” said Charles A. Schue, CEO of UrsaNav.
“It is extremely difficult to jam or spoof all three sources at the same time, in the same direction, and to the same amount.”

The INVEST in America Act authorizes $157 million for the Department of Homeland Security to conduct research in five separate areas, one of which is positioning, navigation and timing resiliency; however, none of this money is for eLoran per se.
The regular DOT appropriation for next year has $17 million for PNT-related research, $10 million of which is for “GPS Backup/Complementary PNT Technologies Research.” However, neither of these bills has yet been finalized, let alone passed into law, so they may change.

“These are very complex systems, with five- to seven-year sales cycles,” pointed out Schue, “and the process is even slower now due to the pandemic.
With adequate funding, eLoran signals could start becoming available in the contiguous United States within a year of a service contract being signed.
We should recall that GPS — as, indeed all of the GNSS — was brought online gradually as satellites were developed and launched into space.
There should be no expectation that any other nationwide system would be available at the flip of a switch instead of through gradual implementation.” 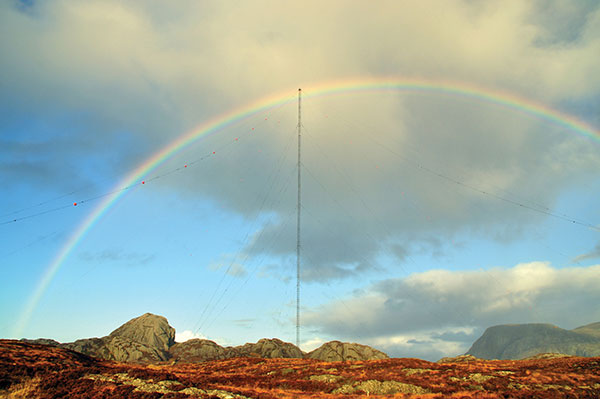 Loran-C and eLoran operate internationally.
Saudi Arabia, China and Russia continue to operate Loran-C or Chayka systems.
In October 2020, a Chinese paper described how the nation is expanding Loran to its west to cover the whole country to protect itself from disruptions of space-based services.
A previously published report made it clear that they are upgrading or have upgraded from Loran-C to eLoran.
South Korea has an ongoing project to upgrade its Loran-C to eLoran.
It also seems the project will ensure that the South Korean system will be useable on its own, even if the Russian and Chinese systems with which it normally cooperates are not available for some reason, according to Dana Goward, president of the Resilient Navigation and Timing Foundation.

The United Kingdom is still committed to eLoran, and operates one station that has been used as an alternative time reference to GNSS.
“However, as the sole station still transmitting in that area of Europe it’s of no use for positioning,” said Nunzio Gambale, CEO of Locata Corporation.
“Unfortunately, the EU’s shutdown of their old Loran sites seems to have been completed, and no EU-based Loran sites remain operational.
Their actions leave scant hope for Loran’s resurrection any time soon as an alternative to GNSS positioning in Europe.
That’s a shame, because eLoran has beneficial PNT characteristics that other alternate technologies will struggle to replicate.” 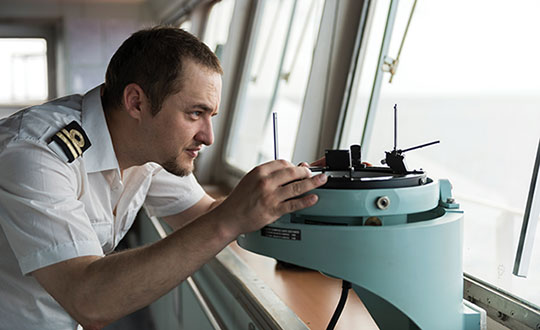 “There is fairly good agreement across the PNT community that there is no sole solution [to GPS vulnerabilities],” Schue said.
“It needs to be a system of systems.”

The PNT community, he said, is working with Congress and the administration “to move ahead with actual RFPs to start the contracting process — instead of continuing to admire the problem.” UrsaNav, NextNav, OPNT and other companies and organizations “are working together as best as we can to tell the federal government that we all believe in a system-of-systems approach and that there ought to be some tangible forward motion.”

While DOT has the lead on providing PNT resiliency, it and the departments of Defense and Homeland Security need to cooperate on this, Schue argued.
“Many, if not all, of the other departments — such as Commerce, Energy, State, Interior and Agriculture — also have a stake.”

GNSS will remain for a reason.
“Unless a new national terrestrial PNT system moves the game forward for many markets, it’s just far too easy to remain with the GNSS system, which is fundamentally free,” Gambale said.
“That’s a really difficult price point to compete with, unless you’re delivering significant new value to the market.”

The time to act is now.
“This issue has been studied to death for more than 20 years,” Goward said.
“There are technologies ready to deploy. It is time for action. A failure of national PNT will be catastrophic.”