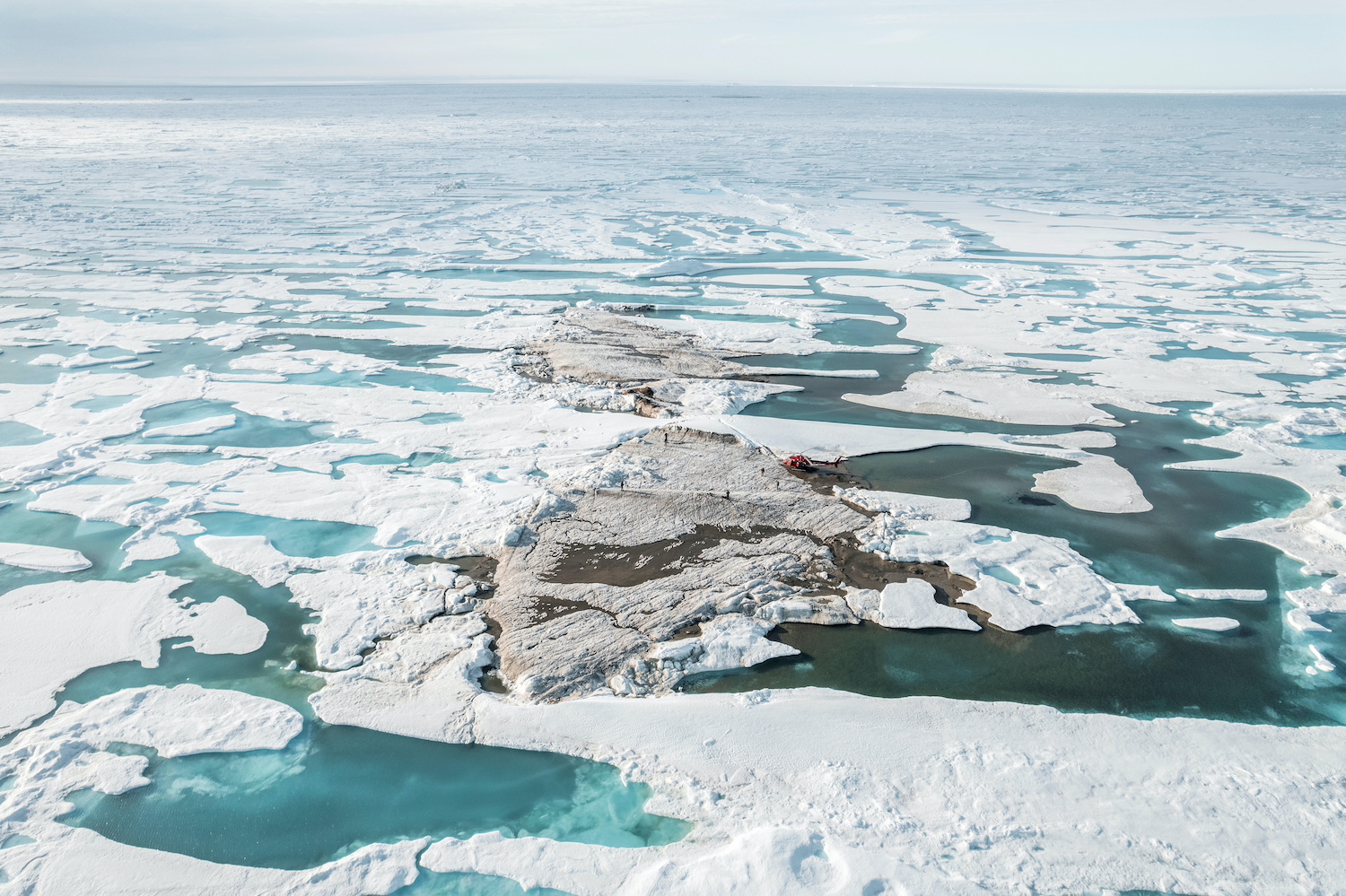 North of Greenland with the GeoGarage platform (DGA nautical raster chart)
The discovery comes as a battle is looming among Arctic nations the United States, Russia, Canada, Denmark and Norway for control of the North Pole some 700 km (435 miles) to the north and of the surrounding seabed, fishing rights and shipping routes exposed by melting ice due to climate change.

GEOSCIENTIST Morten Rasch standing on what he thought was Oodaaq Island during an expedition there in July.
The island surrounded by sea ice was later learned to be 780 meters north of Oodaaq.
Rasch said the technical manager of Arctic Station, Akaaraq Molgaard, has suggested Qeqertaq Avannarleq (Northermost Island) as name for the new land.
Photograph Courtesy of Morten Rasch
"It was not our intention to discover a new island," polar explorer and head of the Arctic Station research facility in Greenland, Morten Rasch, told Reuters.
"We just went there to collect samples." 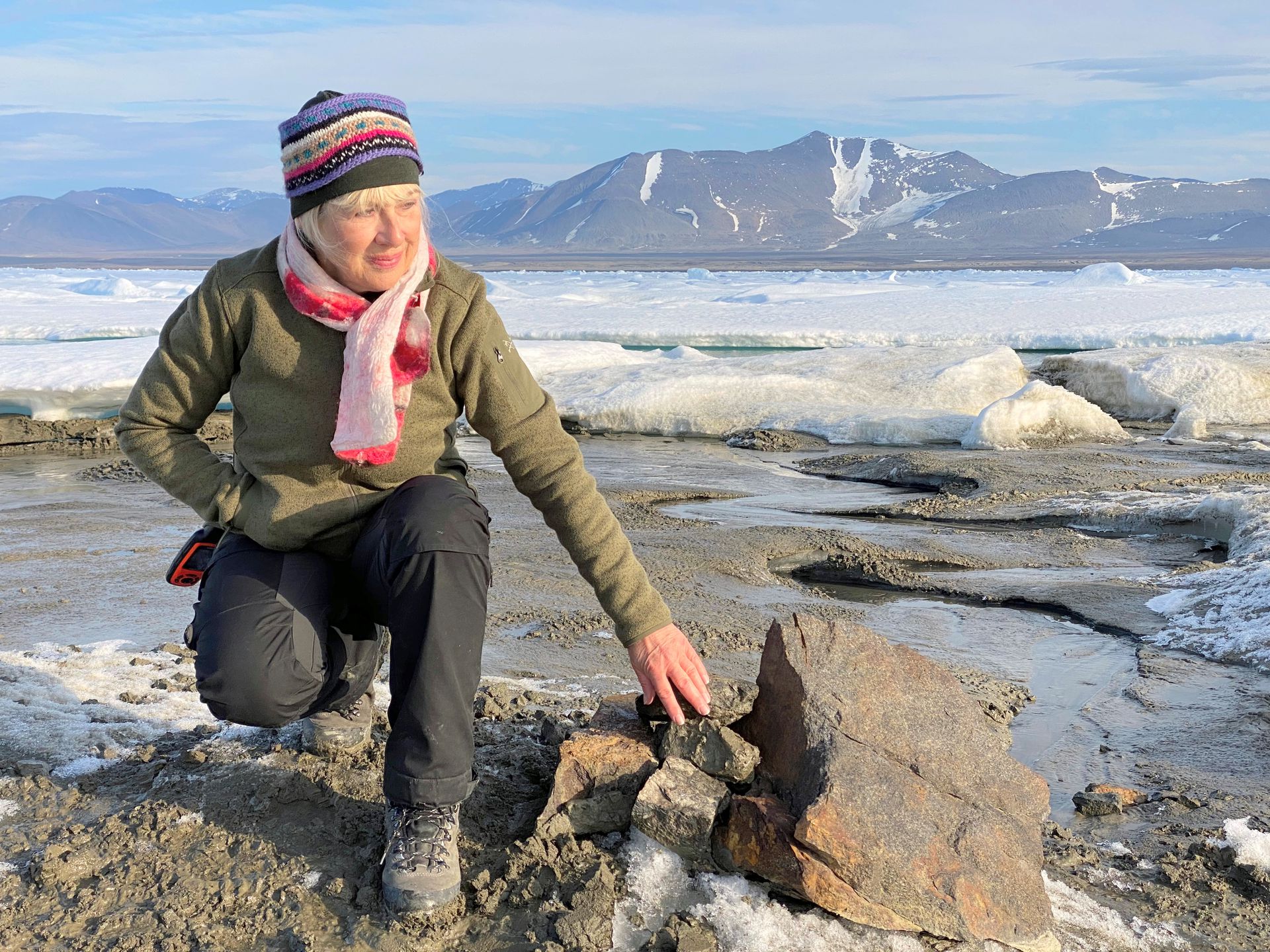 An undated handout image of Swiss entrepreneur Christiane Leister, creator of the Leister Foundation that financed an expedition which discovered a tiny island off the coast of Greenland which they say is the world's northernmost point of land, in front of a cairn in which expedition members left a message with details of their visit.
Julian Charriere/via REUTERS
The scientists initially thought they had arrived at Oodaaq, an island discovered by a Danish survey team in 1978. 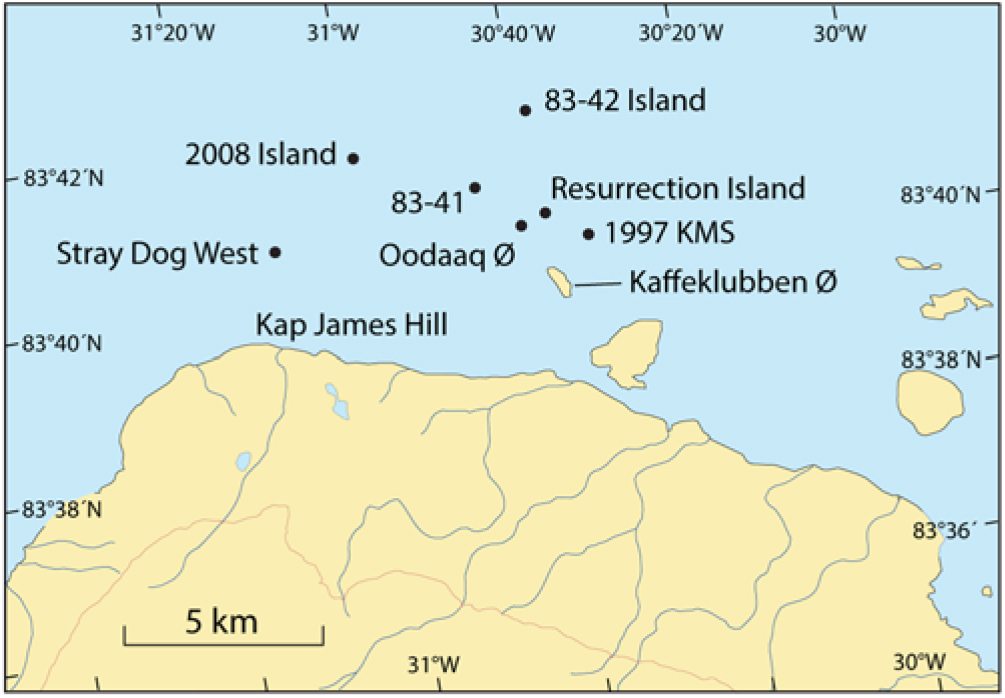 Before this expedition, the world's Northermost point was called 83-42.
see CN Traveler
Only later, when checking the exact location, they realized they had visited another island 780 metres northwest.
"Everybody was happy that we found what we thought was Oodaaq island," said Swiss entrepreneur Christiane Leister, creator of the Leister Foundation that financed the expedition.
"It's a bit like explorers in the past, who thought they'd landed in a certain place but actually found a totally different place." 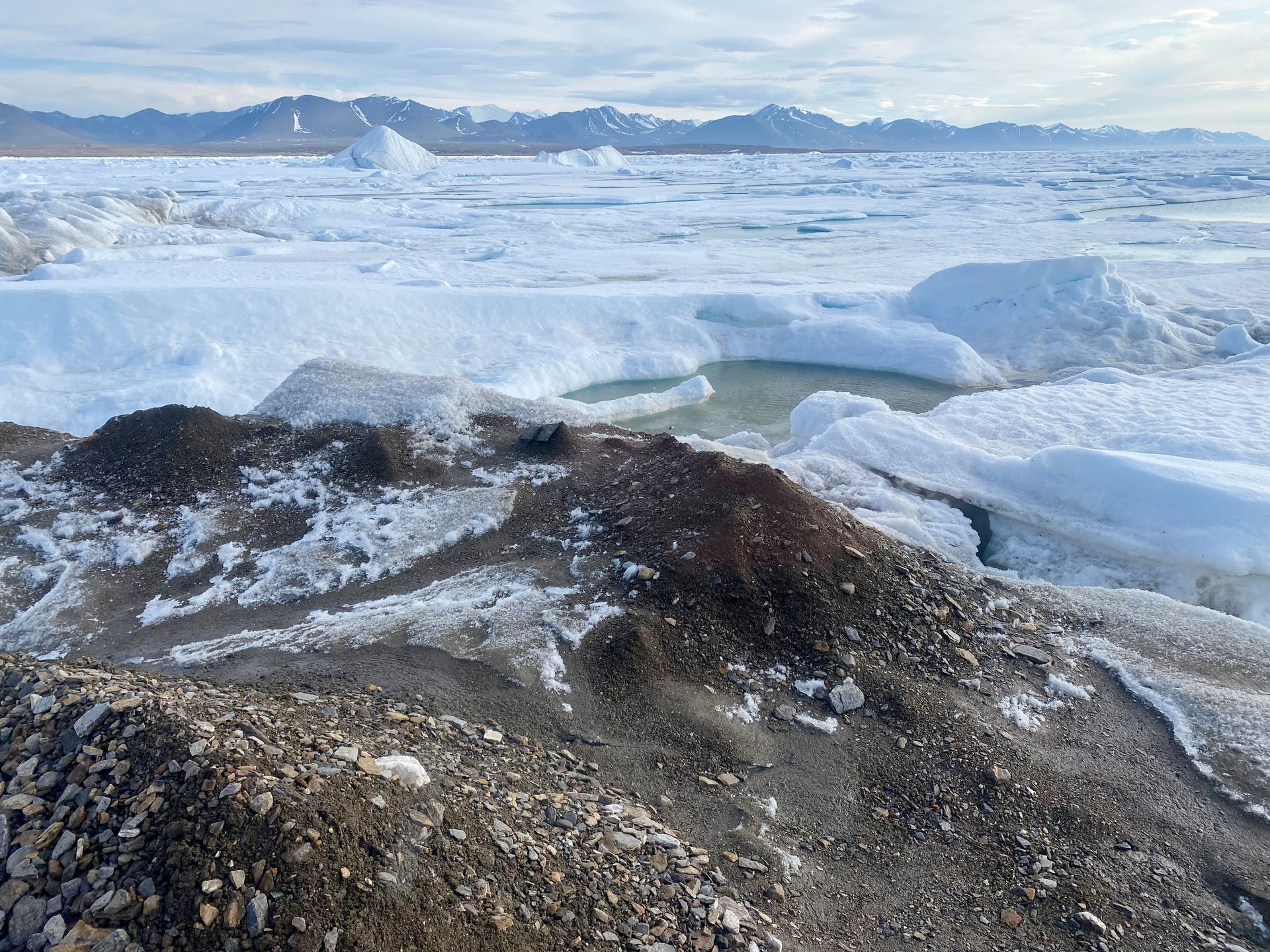 An undated handout image with a view of a tiny island off the coast of Greenland, discovered during the Leister Expedition, which they say is the world's northernmost point of land.
Julian Charriere/via REUTERS

The team said they would recommend it is named "Qeqertaq Avannarleq", which means "the northernmost island" in Greenlandic. 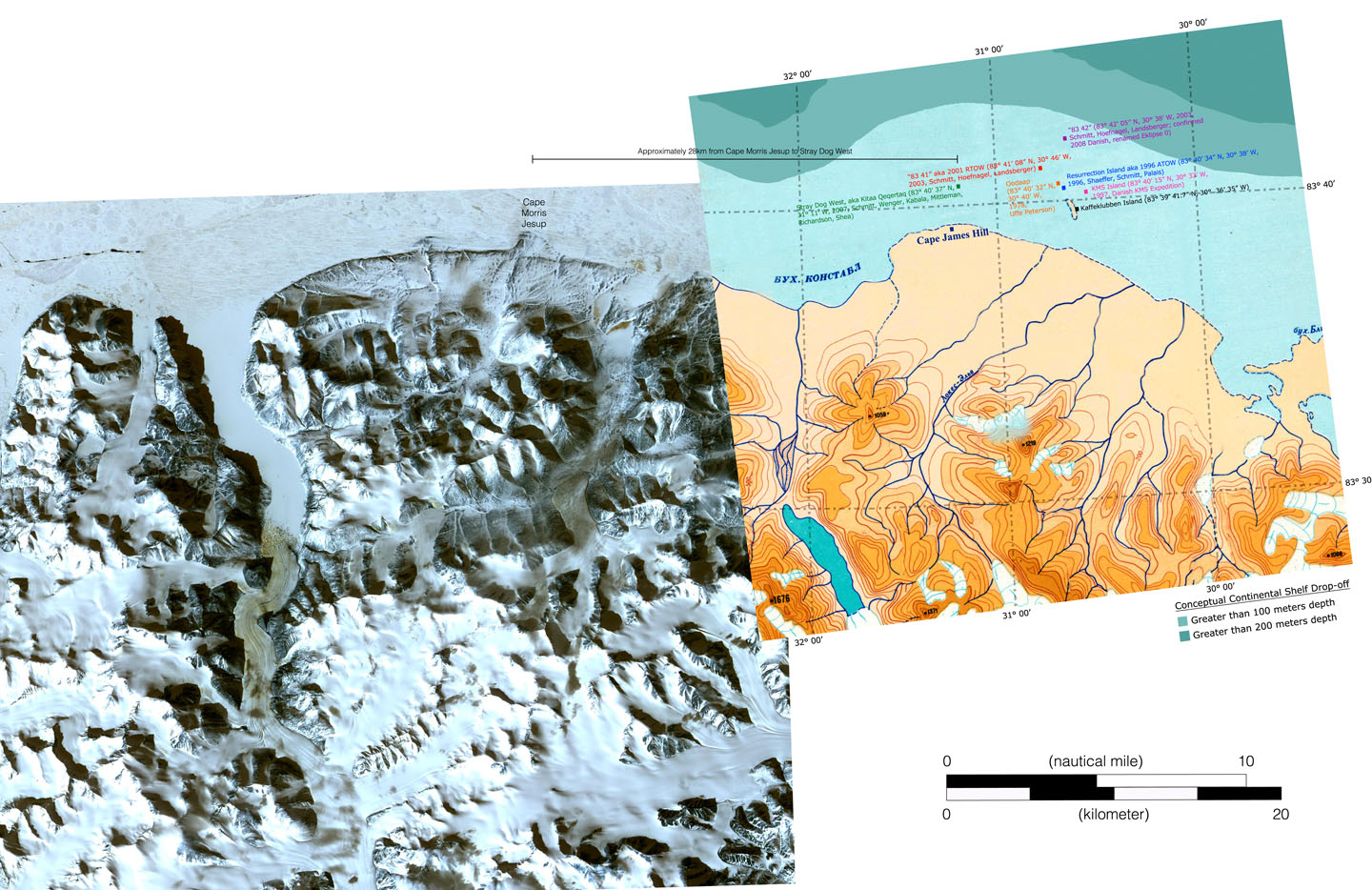 Though it was exposed by shifting pack ice, the scientists said the island's appearance now was not a direct consequence of global warming, which has been shrinking Greenland's ice sheet. 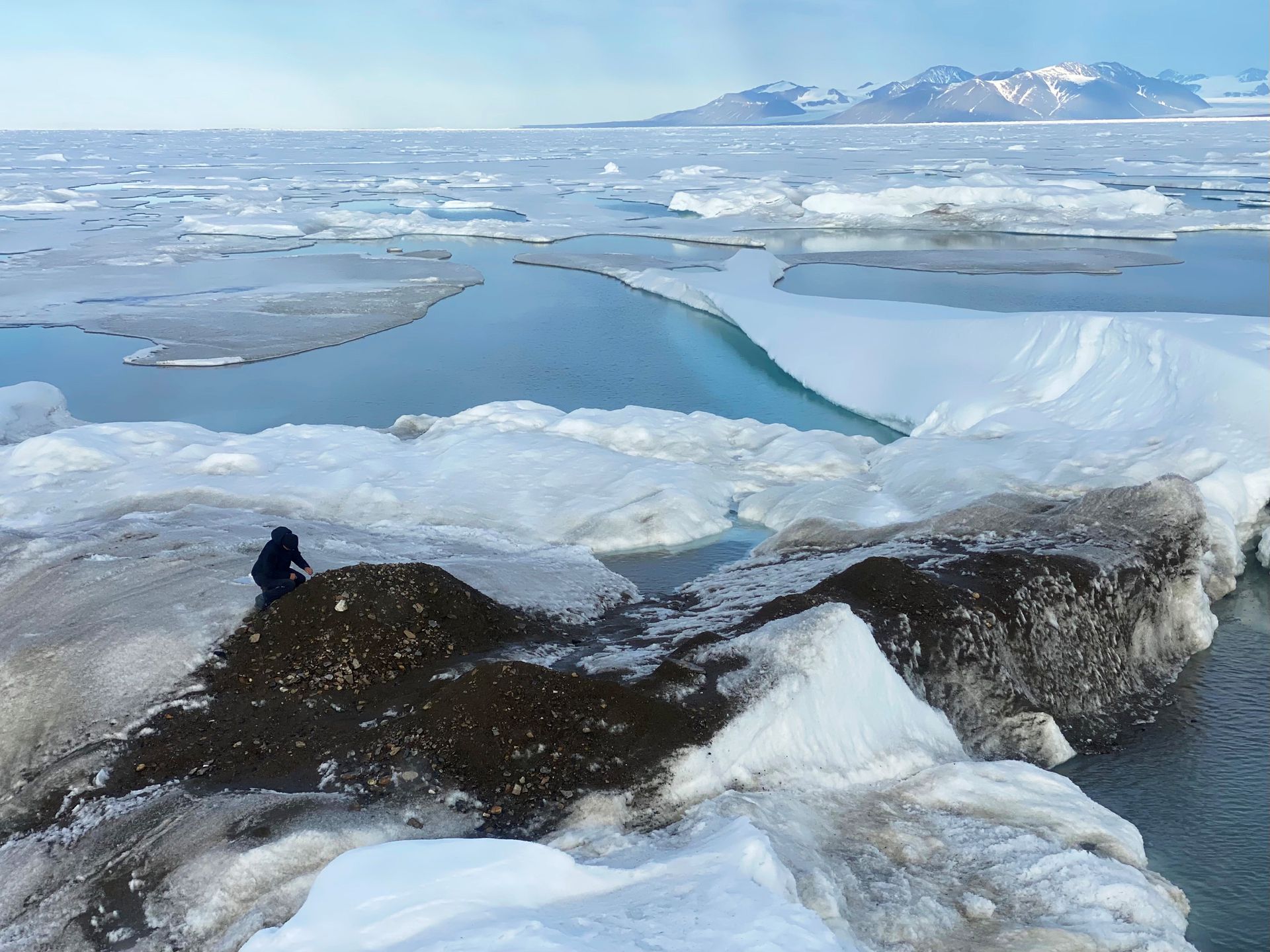 An undated handout image of Henrik Lassen, chief logistician for the Leister Expedition, which discovered a tiny island off the coast of Greenland which they say is the world's northernmost point of land, in the process of collecting samples for later scientific analysis.
Julian Charriere/via REUTERS
Rene Forsberg, professor and head of geodynamics at Denmark's National Space Institute, said the area north of Greenland has some of the thicket polar sea ice, though he added it was now 2-3 metres thick in summer, compared with 4 metres when he first visited as part of the expedition that discovered Oodaaq in 1978.

Any hope of extending territorial claims in the Arctic depends on whether it is in fact an island or a bank that may disappear again.
An island need to remain above sea level at high tide.
"It meets the criteria of an island," said Forsberg.
"This is currently the world's northernmost land."
But Forsberg, an advisor to the Danish government, said it was unlikely to change Denmark's territorial claim north of Greenland.
"These small island come and go," he said.
The discovery was first reported earlier on Friday by Danish newspaper Weekendavisen.
Links :
Posted by geogarage at 1:29 AM