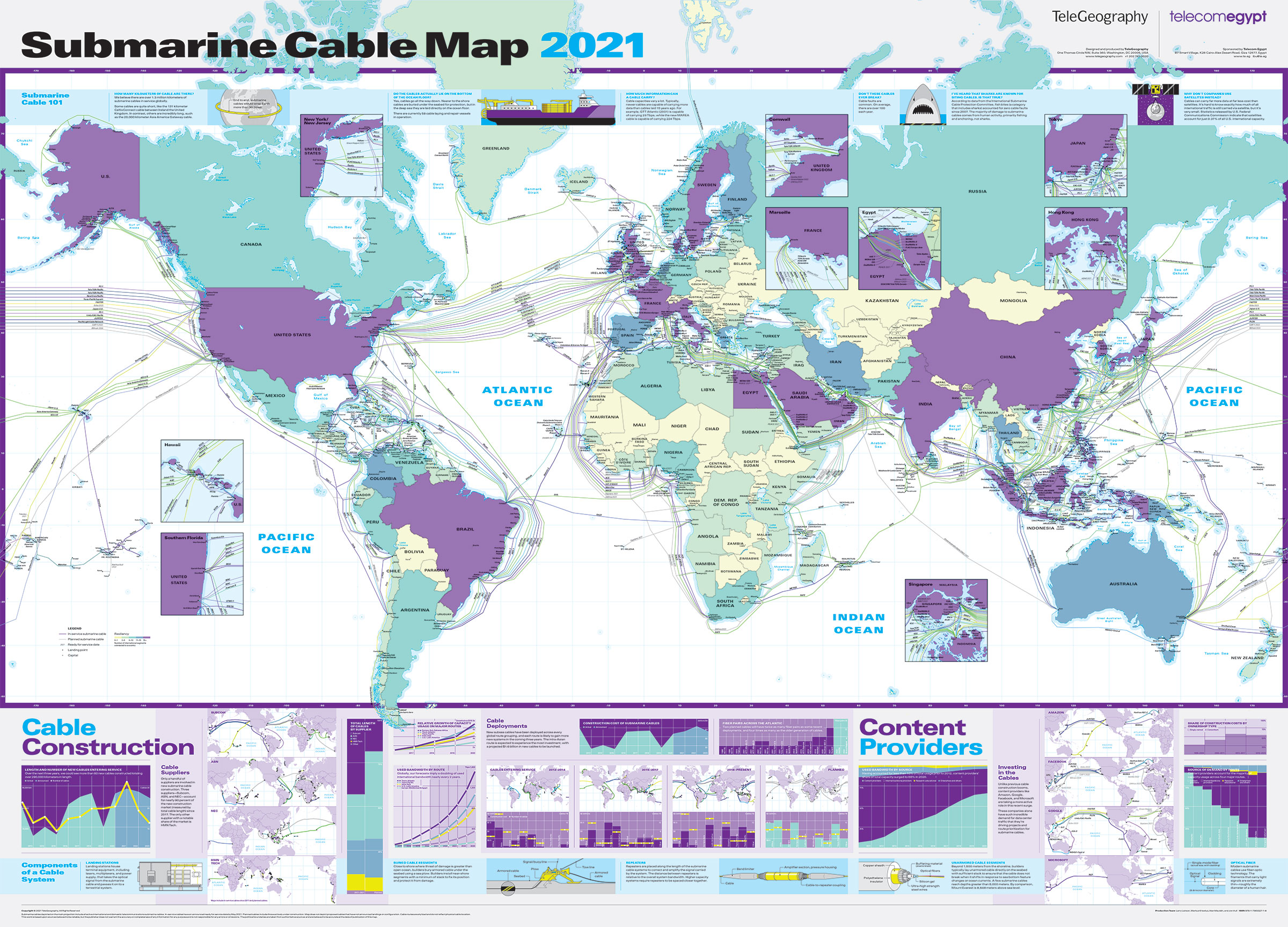 This new edition depicts 464 cable systems and 1,245 landing stations that are currently active or under construction.
Explore the map

Every year Telegeography releases a new map of the huge global network of undersea telecommunication cables which carry all our data around the world.
The 2021 Submarine Cable Map has now been published.

The new submarine cable map from Telegeography shows 464 cables and 1,245 landing stations.
This year's map also features lots of textual information, featuring both cable trivia and answers to FAQ's about cable suppliers, content providers, fiber etc.
For example - did you know that there are now over 1.3 kilometers of underwater cables around the world (if they were laid end-to-end they could wrap around the world 30 times). 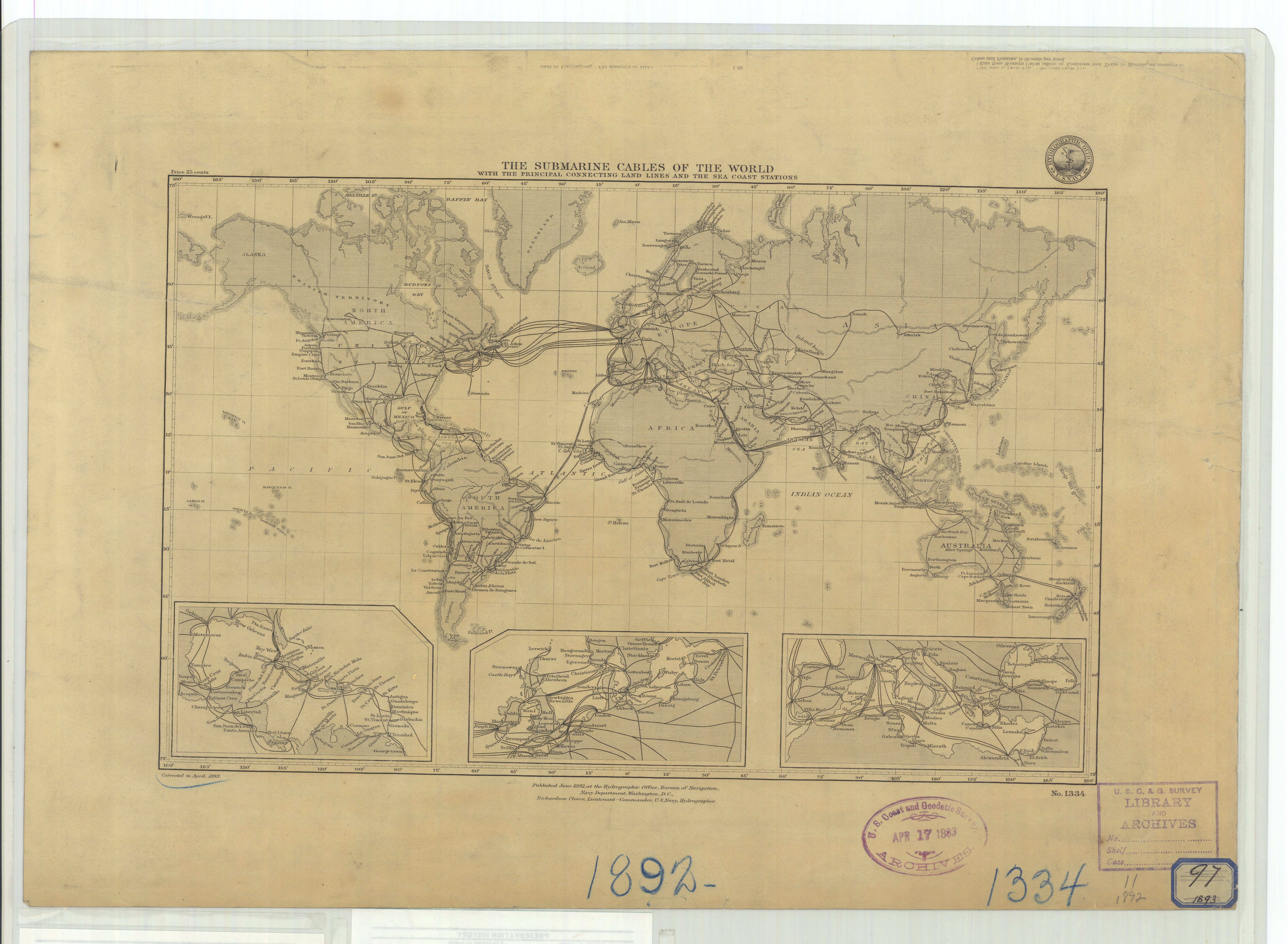 The Submarine Cables of the World
with the Principal Connecting Land Lines and the Sea Coast Stations
(1893)
Every year's edition of the Telegeography Submarine Cable Map has a different design.
You can explore Telegeography's Submarine Cable Maps for previous years by changing the year in the map's URL. For example, one of my favorite Telegeography maps can be found at http://submarine-cable-map-2015.telegeography.com/.
This 2015 map was inspired by medieval and renaissance cartography and features a vintage map style containing sea monsters, cartouches and border illustrations.
Links :
Posted by geogarage at 1:33 AM