ClimaCell, an ambitious private weather firm, plans to launch its own satellites 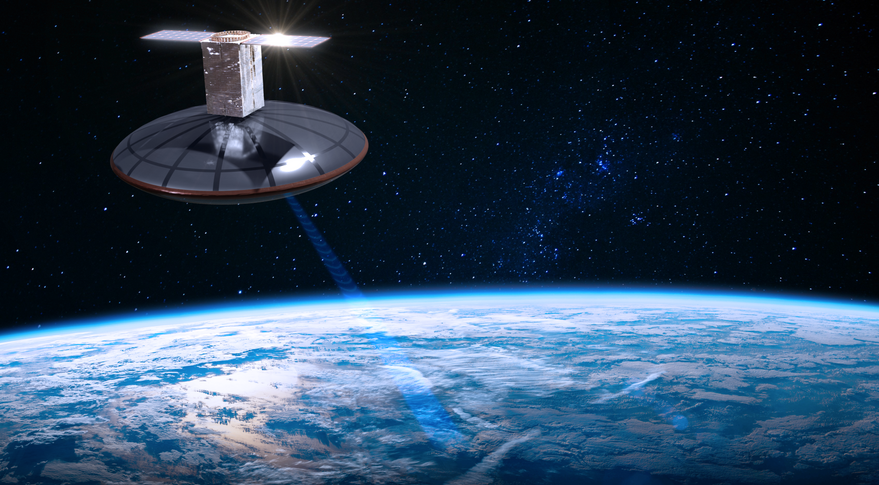 Artistic rendering of a ClimaCell satellite. (ClimaCell)
From WP by Andrew Fredman

The company would be the first to operate a satellite fleet to improve its own forecasts, rather than selling the data to others

ClimaCell, a growing private weather company based in Boston whose customers include airlines, maritime shipping firms and everyday consumers, plans to spend $150 million during the next few years to launch its own satellite radar constellation.
The goal, company leaders said in an interview, is to make its own forecasts more reliable, thereby benefiting its clients, the public through its weather app and policymakers.

This aim contrasts with the business of most, if not all, space companies today that are pursuing weather applications.
These firms, such as GeoOptics and Spire, have business models based on selling the data for others to use in forecasting the weather, with customers that include federal agencies.
However, ClimaCell would use its own technology, which already includes proprietary weather modeling, to take advantage of the data it gathers from space.

The end result, if all goes well, would be a vertically integrated weather company whose operations range from generating its own data to sifting through that information using computer models and turning that into products aimed at improving how businesses operate.

According to ClimaCell co-founder and chief executive Shimon Elkabetz, ClimaCell has several dozen scientists and engineers now dedicated to developing and eventually deploying a fleet of small space-based weather radars that could gather real-time data of every location on the globe at any time.
This would be a major leap forward for radar coverage over data-sparse regions, he said, such as Africa, South America and the oceans.

The satellites would carry a Ka-band radar instrument, Elkabetz said, which he compared to a research mission that NASA has carried out known as the Global Precipitation Measurement (GPM) satellite.

GPM consists of a dual-frequency radar that allows it to get a three-dimensional view of precipitation falling within a storm, including by seeing the distribution of different droplet sizes within the clouds, according to Dalia Kirschbaum, who heads NASA’s hydrological sciences lab at the Goddard Space Flight Center in Greenbelt, Md.

The downside to GPM is that it is just one satellite.
“When you have a single orbiting spacecraft, if you don’t get a good [pass over] a storm, then you just miss it,” she said.

The space agency has also launched small satellites, such as rainCube, which was deployed from the International Space Station, to help solve the challenge of building powerful radars in small boxes, Kirschbaum said.
“The instrument will offer similar capabilities” to the radar aboard GPM, Elkabetz said, “in terms of both resolution and sensitivity, but exceed the swath,” or scan footprint, by a factor of more than two.

To accomplish this, the company is planning to use its own technologies to develop a new radar and antenna. ClimaCell is seeking to lower the costs per satellite by at least half compared with the NASA satellite, which scans a location on Earth only every three days.
The cost savings, Elkabetz said, “will allow us to scale this from a single-satellite mission to a constellation of dozens of satellites that enables global coverage with high revisit rates.”

Rei Goffer, co-founder and chief strategy officer at ClimaCell, said revisit times, the interval between instances when the satellite passes over the same location on Earth, would be one hour in the company’s planned satellite constellation.
“We are not going to space just because it’s cool,” Goffer said in an interview, but instead are trying to solve a data gap that could allow the company to make far more accurate forecasts.

Outside experts, such as Brian Weeden of the Secure World Foundation, questioned whether the new satellites would interfere with other spacecraft also operating within the Ka band of spectrum, including planned 5G satellites and other weather satellites already in low Earth orbit.

Elkabetz said he expects to encounter skepticism from those who may not believe that ClimaCell has solved some of the technical challenges in developing and deploying these satellites.
If he were not involved in the project already, he would not believe it, either, he said.

“I respect anyone who thinks it’s difficult, and as we are able to reveal in the future how it works, hopefully people will be able to witness it themselves,” he said in an interview.

Marshall Shepherd, director of the University of Georgia’s atmospheric sciences program, said he sees this project as a way to better predict weather extremes.
“Precipitation is at the heart of many weather-related extremes ranging from flooding to hurricanes, yet is very difficult to measure on global scales,” Shepherd said in an email.

Estimates of rainfall rates on July 8, 2019, a day that brought flooding to the D.C. region, from NASA's Global Precipitation Measurement Core Observatory. (NASA)
“I am not surprised that scholars are exploring new ways to provide measurements with the accuracy and resolution useful for applications.”

ClimaCell has raised a substantial amount of money for a recent entrant into the weather forecasting business: about $112 million in venture capital funding, with the most recent round closing in July 2020.

Elkabetz noted that most of the world still does not have radar coverage, including in Latin America, Africa, the Middle East and Asia.
“The system’s capabilities will enable new modeling and analytics with precision never before available in the developing world,” he said.

“The data will power applications such as monitoring the conditions favorable for locust reproduction and migrations, as well as conditions that lead to devastating infectious diseases such as malaria, which put millions of lives and livelihoods at risk,” Elkabetz said in a statement.

The satellites could significantly help hurricane forecasts, he said, since they would provide details about the structure and evolution of such storms.
The National Hurricane Center has utilized data from the GPM mission and previous weather satellites for forecasting purposes.

The chief engineer for the program is John Springmann, who has worked with private sector space firms including SpaceFlight industries, which launched the BlackSky constellation.
The team has also been working with Kerri Cahoy, co-director of the small-satellite center at MIT.

ClimaCell is aiming to launch its first radar satellite in the third quarter of 2022.

Through the company’s nonprofit arm known as ClimaCell.org, the satellite data could flow to areas where improved forecasts are desperately needed, mainly in the developing world, Goffer and Elkabetz said.