The polar vortex has just been disrupted. What does this bode?

The stratosphere is a powerful place.
Perhaps the most influential guitar ever devised is even named after this lofty layer in the atmosphere, which exists between some 10 to 30 miles up in the sky.

And during each dark winter, the Arctic's polar vortex — strong winds that circle westward around the pole — comes to life in the stratosphere.
It's a normal, reoccurring winter phenomenon.
"Every year we get this big spin up and then it disappears," marveled Andrea Lang, an atmospheric scientist at the University of Albany who researches changes in seasonal winter weather.

Yet about every other year or so the polar vortex gets thrown out of whack, loses its stability, and weakens during the winter.
This can have dramatic, extreme weather implications in places like the U.S.
and Europe (like plunging temperatures, or even warmer temperatures in some places!).
Now in early 2021, atmospheric scientists saythe polar vortex has been significantly disrupted.

In 2020, much of the East Coast experienced a relatively wimpy winter, in large part because the polar vortex stayed extremely stable and in place atop the globe.
It didn't weaken and wobble around much.
But with a disrupted polar vortex in 2021, there are now better odds for colder air to spill out of the Arctic.
"There's a greater likelihood for the opposite of last winter," said Simon Lee, a Ph.D. student researching the stratosphere in the Department of Meteorology at the University of Reading. 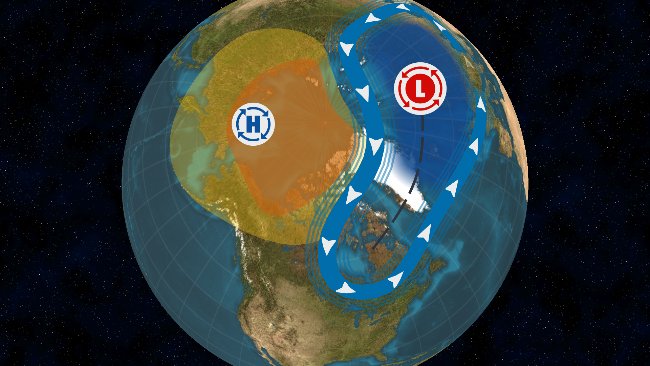 The spinning polar vortex can be disrupted by weather in the lower atmosphere — where there's streaming flows of air called planetary waves traveling around the globe — impacting the stratosphere.
Like waves crashing on the beach, these planetary waves or other major weather events can knock the vortex off balance.
A good analogy is someone nudging a spinning top so it starts to wobble, explained Amy Butler, a research physicist at the National Oceanic and Atmospheric Administration Chemical Sciences Laboratory.

Crucially, the disruption weakens the vortex's potent winds, and can even reverse them to easterly winds.
These weakened winds ultimately sink to the lower stratosphere where it impacts our weather.
How so?
The weakened polar vortex can now nudge the jet stream (an extremely influential band of powerful winds that separates colder northern air from warmer southern air, somewhat like a barrier).
When these sinking winds push the jet stream down south, it "opens the Arctic fridge," so to speak, allowing blasts of frigid Arctic air to blow down to southerly places.
That's why there was snow in Rome in 2018!

Sometimes the weakening of the polar vortex can be extreme, leading to an event with a somewhat dramatic name, though the event is normal.
It's called "sudden stratospheric warming." And, yes, a major sudden stratospheric warming event is underway in the stratosphere (the event takes place over a matter of days).
It's triggered by things like planetary waves "breaking" into the stratosphere (described above).
This slows the winds and causes air to sink in the vortex — which warms as it sinks (hence the "warming").
Importantly, this considerably weakened, wobbling, elongating vortex can potentially split into two vortices.
This can really push around the jet stream below, making for weather extremes. 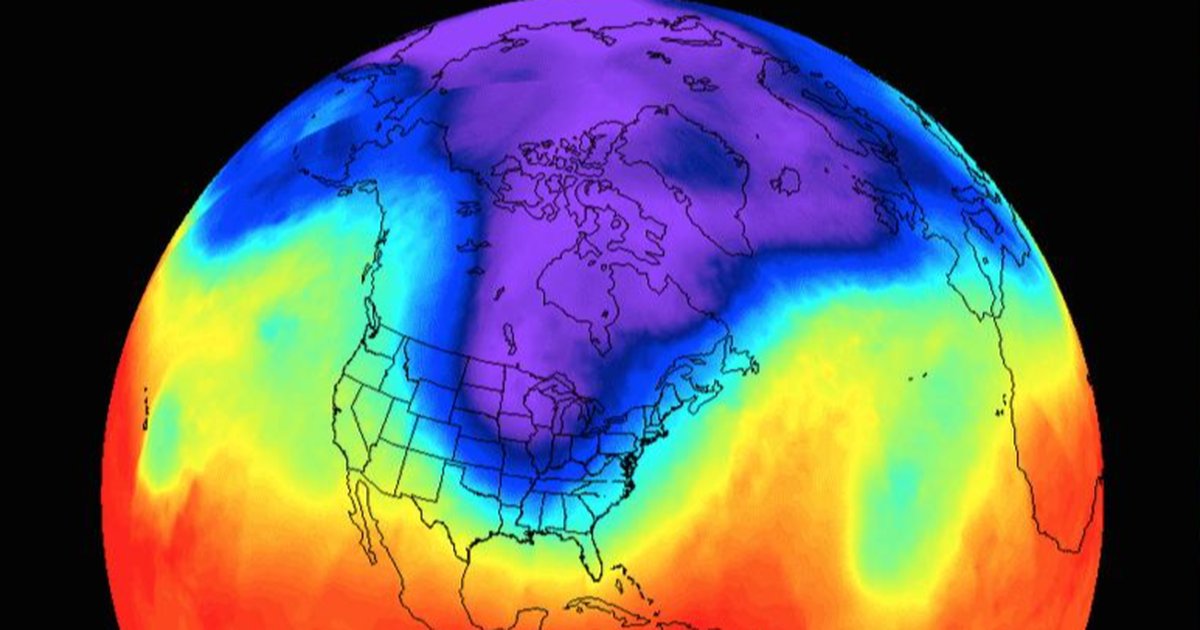 Will the polar vortex soon split in 2021?
There's a decent chance.
"This is looking a little like a splitting event right now," said the University of Albany's Lang.

The weather events that triggered 2021's polar vortex disruption and potential splitting are not yet clear, but will be investigated in the coming months, said the University of Reading's Lee.
For example, a potent "bomb cyclone" (a very powerful storm) over the North Pacific Ocean around the new year may have given the stratosphere a push, on top of other dynamic weather in December.
These events may have disrupted the polar vortex like "nudging a spinning top."

So what should you ultimately expect? Big sudden stratospheric warming events boost the odds for certain types of weather.
"In particular, they are followed by cold extremes over much of northern Europe and Asia, and the Eastern U.S., and anomalously warmer temperatures over the Canadian Arctic and subtropical Asia," explained NOAA's Butler.
(These temperature contrasts are based on where the jet stream, which separates cold air from warmer air, tends to get nudged by a disturbed polar vortex.)

But in the profoundly chaotic atmosphere, few weather events are guaranteed.
For now, the polar vortex has been thrown out of whack.
This winter, you might soon experience some weather extremes.
Links :
Posted by geogarage at 1:03 AM