On August 25th, 1875 Captain Matthew Webb became the first person to swim across the English Channel : here is a map of his route 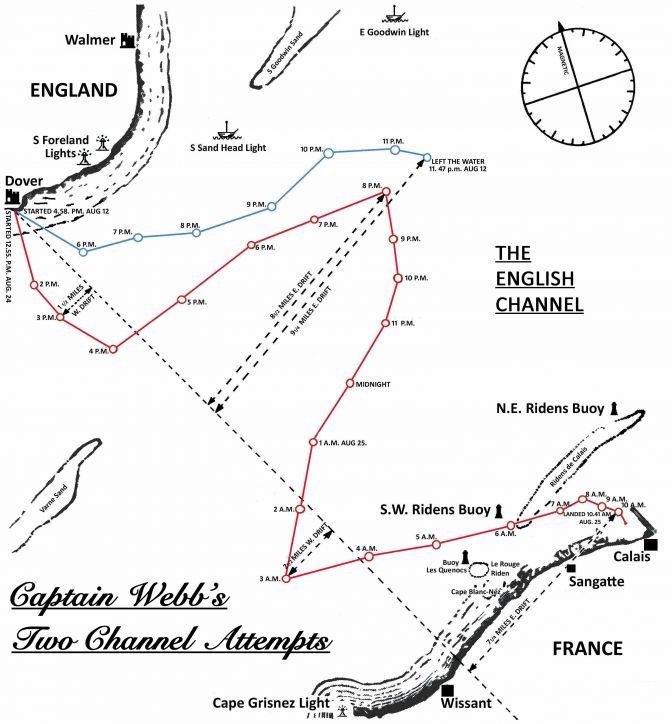 On August 25th, 1875 Captain Matthew Webb became the first person to swim across the English Channel.
Here is a map of his route.
The tide carries him northward, then turns and brings him south again.
From History

On August 24, 1875, Captain Matthew Webb of Great Britain becomes the first man to successfully swim the English Channel without assistance.
After the feat, Webb became an international celebrity, admired for both his prowess in the water and his penchant for risk-taking.

Born in Shropshire, England on January 19, 1848, Webb taught himself to swim in the River Severn at Coalbrookdale.
At just 12 years old, he enlisted as a merchant seaman, and eventually was named captain of the steamship Emerald.
Webb had a well-deserved reputation for recklessness, and often had trouble convincing sailors to remain in his employ.
In August 1872, he became a hero in England when, while traveling on a ship, he dove into the Atlantic to rescue a fellow passenger who fell overboard.
Although the man drowned, Webb emerged unscathed 35 minutes later and was rewarded with medals of bravery for his efforts.
He then embarked on a career as a professional distance swimmer, taking huge risks in order to add to his fame and fortune. 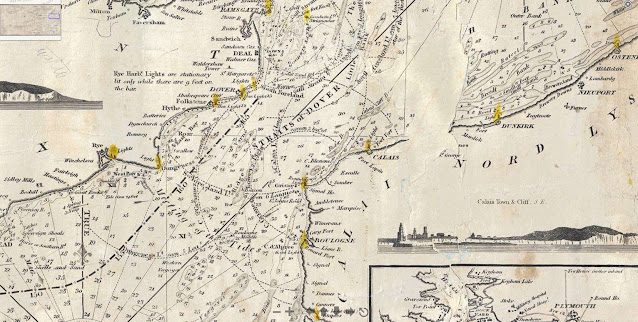 1843 Blachford Blueback Nautical Chart Map of the English Channel
After hearing of a failed attempt to swim the English Channel by British swimmer J.B. Johnson in 1873, Webb set his sights on becoming the first man to swim the treacherous body of water without assistance.
He made his first attempt on August 12, 1875, but was stymied by high winds and bad conditions.
Unfazed, he tried again less than two weeks later.

After covering himself with porpoise oil to keep warm, Webb, trailed by a flotilla of three boats, entered the water near Dover’s Admiralty Pier. 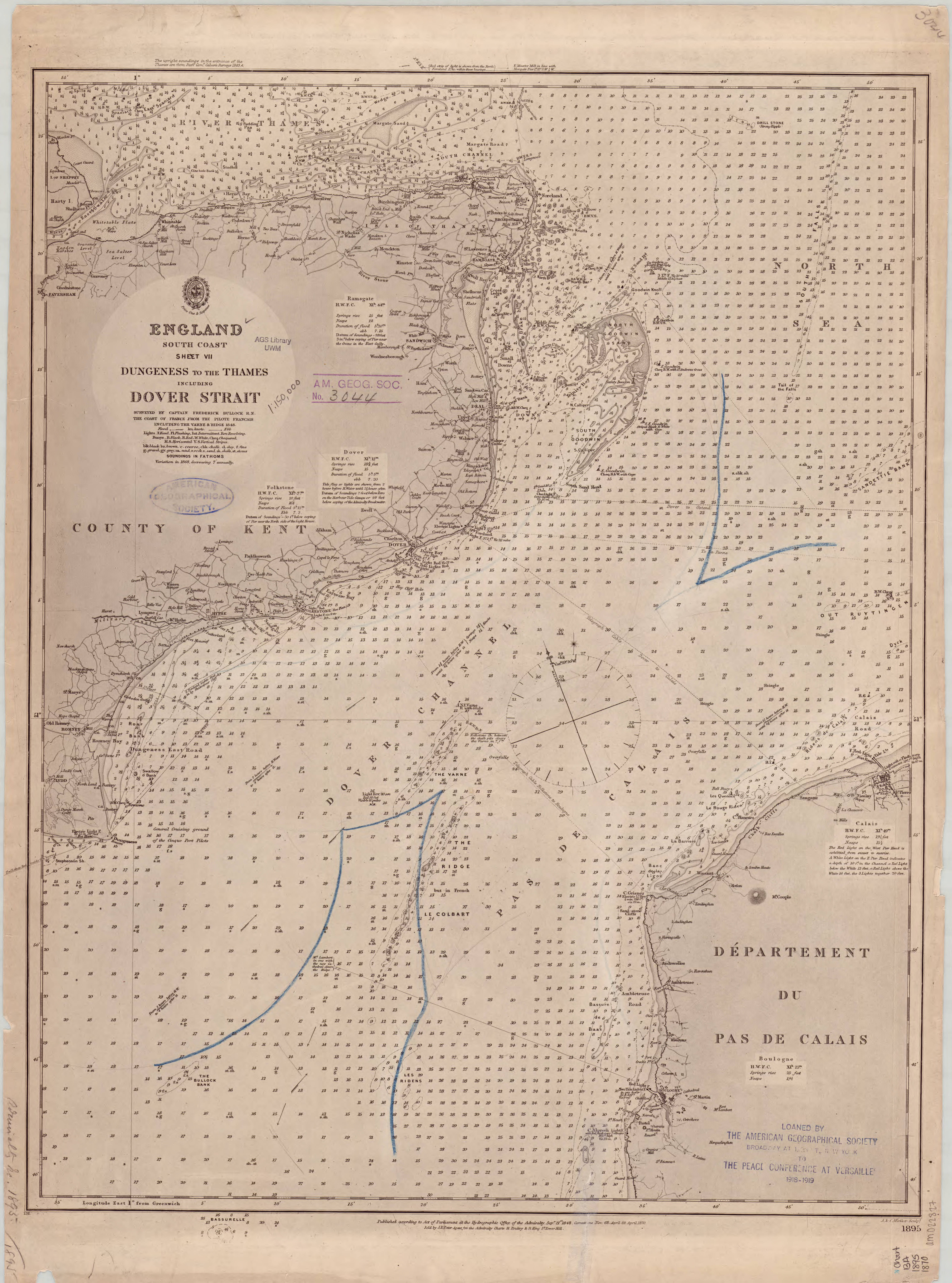 Admiralty nautical chart of the south coast of England from Dungeness to the Thames including Dover Strait.
Surveyed by Captain Frederick Bullock.
The coast of France from the Pilote Francaise including the Varne & Ridge 1848.
source
Though he was stung by a jellyfish eight hours into his attempt, he persevered after being soothed by a nip of brandy.
He swam into the out-rushing tide toward Cape Gris-Nez, which is now often used as the starting point for Channel swims.
Finally, after 21 hours and 45 minutes of swimming against the tide—the equivalent of 39 miles–he waded onto the beach at Calais at 10:40 a.m., the morning after he began his swim, exhausted.
His achievement was celebrated all over the world.

On July 24, 1883, Webb attempted his final stunt: a swim across the Niagara River, downriver from Niagara Falls.
Many warned him the stunt was suicide, and, unfortunately for Webb, they were right.
Webb drowned in the whirlpool approximately 10 minutes after entering the water.
His body was found four days later.
Links :
Posted by geogarage at 1:04 AM