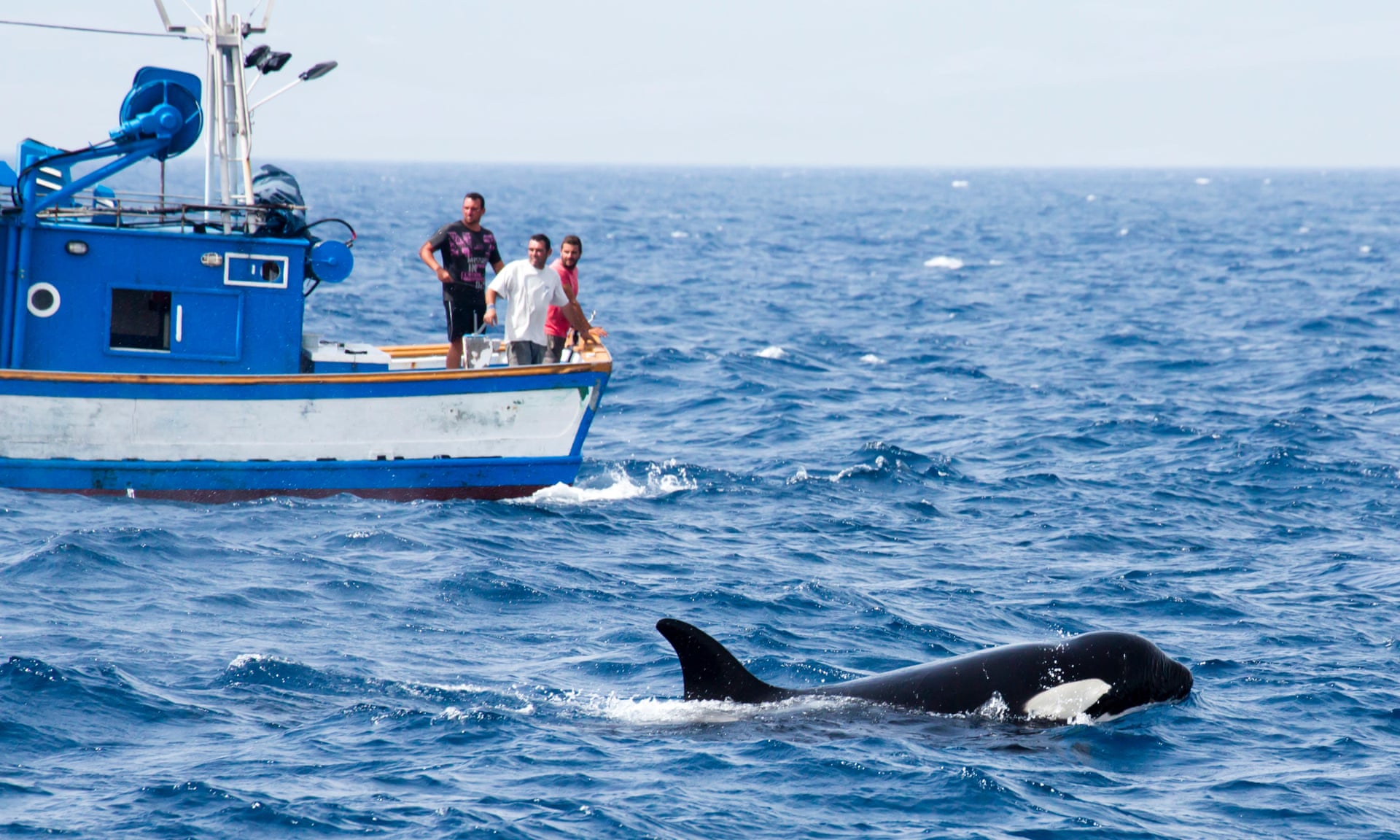 An orca feeding near a Moroccan fishing boat in the Strait of Gibraltar.
Photograph: Patty Tse/Alamy

From the Strait of Gibraltar to Galicia, orcas have been harassing yachts, damaging vessels and injuring crew

Scientists have been left baffled by incidents of orcas ramming sailing boats along the Spanish and Portuguese coasts. 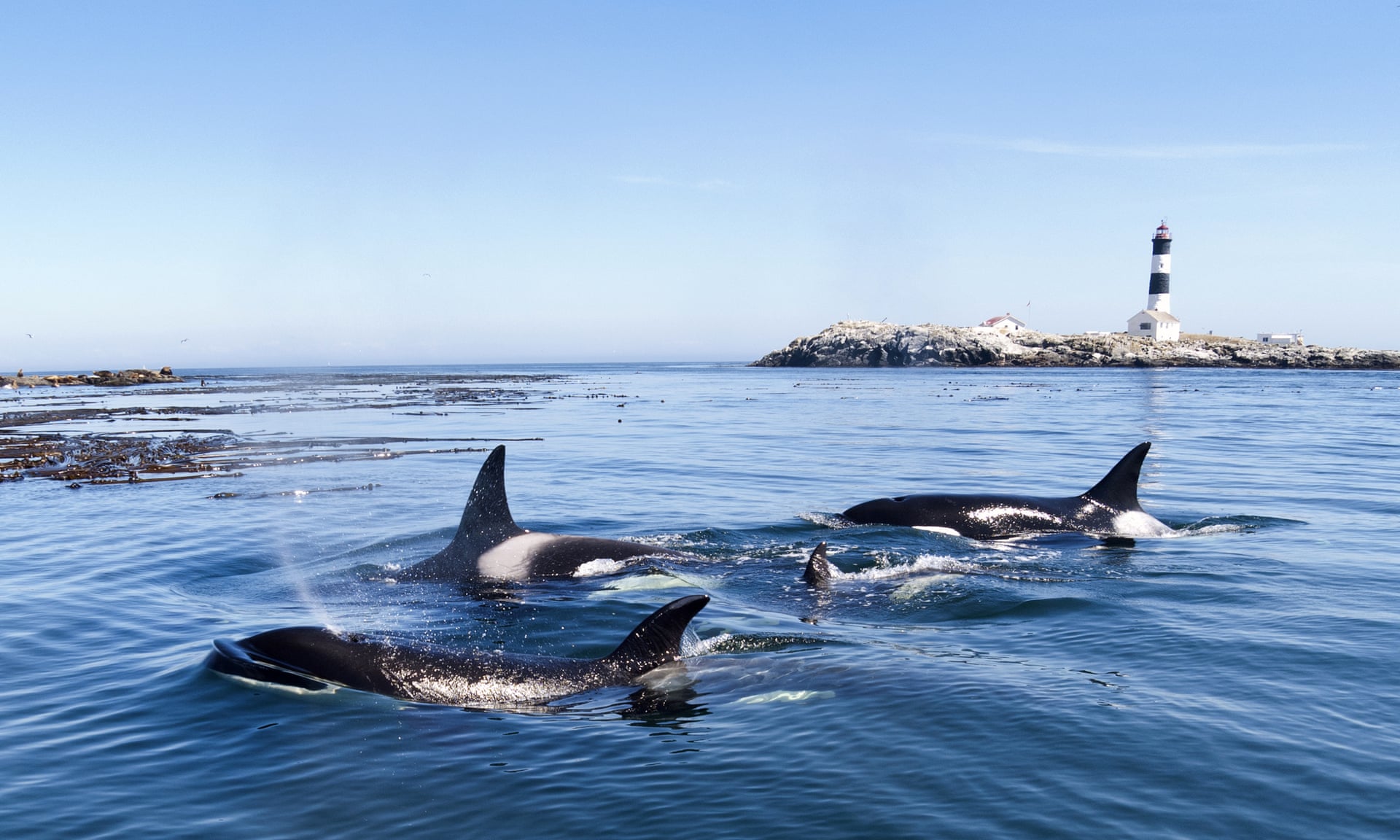 In the deep: a pod of highly intelligent killer whales, or orcas.
Constant harassment by boats affects their ability to hunt, and has a negative impact on their behaviour.
Photograph: Rand McMeins/Getty Images

In the last two months, from southern to northern Spain, sailors have sent distress calls after worrying encounters.
Two boats lost part of their rudders, at least one crew member suffered bruising from the impact of the ramming, and several boats sustained serious damage.

The latest incident occurred on Friday afternoon just off A Coruña, on the northern coast of Spain.
Halcyon Yachts was taking a 36ft boat to the UK when an orca rammed its stern at least 15 times, according to Pete Green, the company’s managing director.
The boat lost steering and was towed into port to assess damage.

Around the same time there were radio warnings of orca sightings 70 miles south, at Vigo, near the site of at least two recent collisions.
On 30 August, a French-flagged vessel radioed the coastguard to say it was “under attack” from killer whales.
Later that day, a Spanish naval yacht, Mirfak, lost part of its rudder after an encounter with orcas under the stern.

Highly intelligent social mammals, orcas are the largest of the dolphin family.
Researchers who study a small population in the Strait of Gibraltar say they are curious and it is normal for them to follow a boat closely, even to interact with the rudder, but never with the force suggested here.

The Spanish maritime authorities warned vessels to “keep a distance”.
But reports from sailors around the strait throughout July and August suggest this may be difficult – at least one pod appears to be pursuing boats in behaviour that scientists agree is “highly unusual” and “concerning”.
It is too early to understand what is going on, but it might indicate stress in a population that is endangered.

On 29 July, off Cape Trafalgar, Victoria Morris was crewing a 46ft delivery boat that was surrounded by nine orcas.
The cetaceans rammed the hull for over an hour, spinning the boat 180 degrees, disabling the engine and breaking the rudder, as they communicated with loud whistling.

It felt, she said, “totally orchestrated”.
Earlier that week, another boat in the area reported a 50-minute encounter; the skipper said the force of the ramming “nearly dislocated the helmsman’s shoulder”. 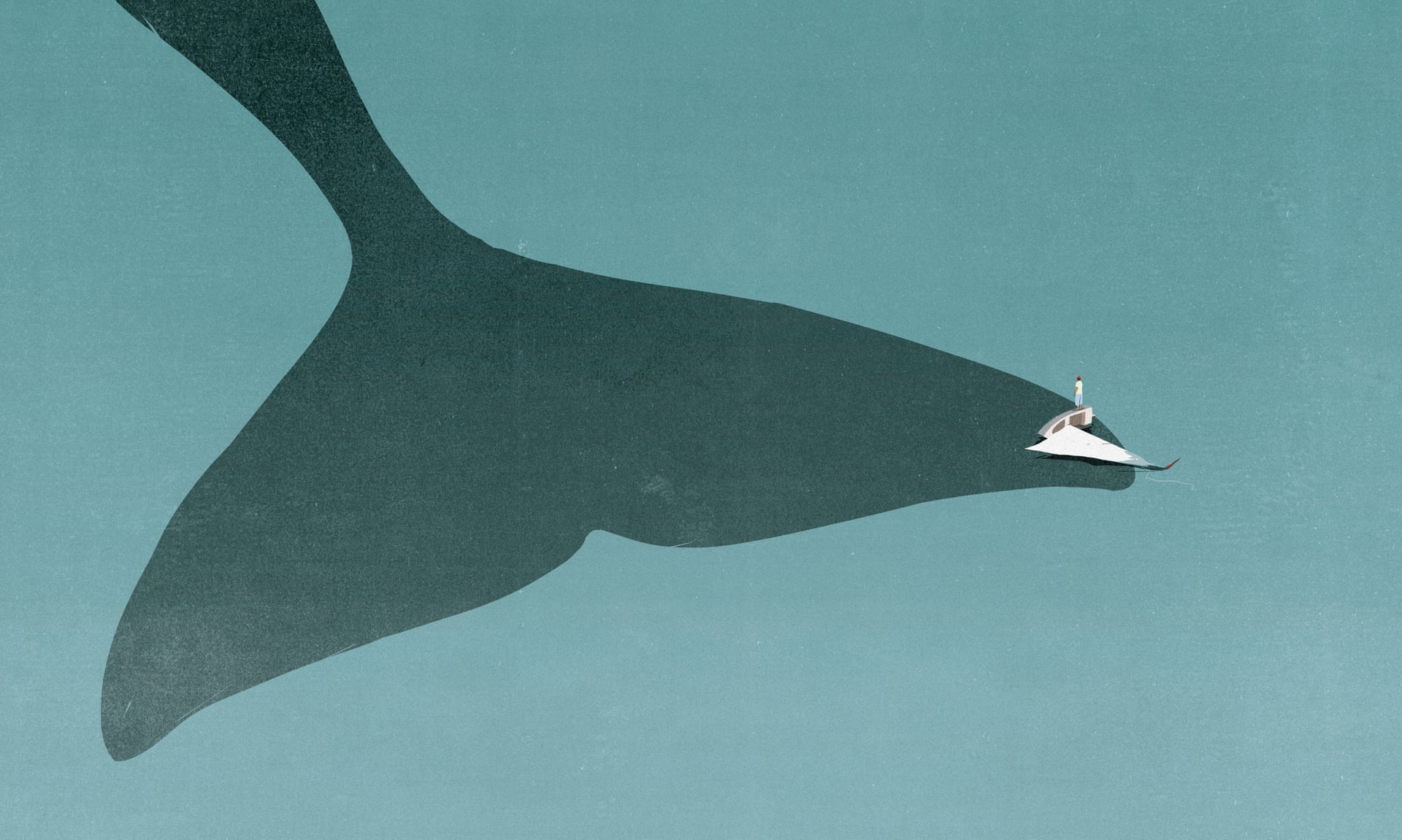 ‘The noise was really scary. They were ramming the keel, there was this horrible echo, I thought they could capsize the boat.’
Illustration: Andrea Ucini

At 11.30 the previous night, British couple Beverly Harris and Kevin Large’s 40ft yacht was brought to a sudden halt, then spun several times; Harris felt the boat “raise a little”.

Earlier that evening, Nick Giles was motorsailing alone when he heard a horrific bang “like a sledgehammer”, saw his wheel “turning with incredible force”, disabling the steering as his 34ft Moody yacht spun 180 degrees.
He felt the boat lift and said he was pushed around without steering for 15 minutes.

It is not known if all the encounters involve the same pod but it is probable.
Dr Ruth Esteban, who has studied the Gibraltar orcas extensively, thinks it unlikely two groups would display such unusual behaviour.

Alfredo López, a biologist from the Coordinator for the Study of Marine Mammals in Galicia, said orcas made their way up the coast each September from the Gulf of Cadiz to chase tuna into the Bay of Biscay.

Morris’s sailing job was abandoned after the boat was lifted for repair, and she was diverted to another delivery.
She is currently sailing down the Spanish coast and in the early hours of Friday a VHF radio warning came in.
“All ships, all ships,” it began.
“Orca just north of Vigo” – five miles from her location.

After her last experience, Morris is a little jumpy, but, as a science graduate with plans to study marine biology, she is concerned for this vulnerable population of orcas and interested to learn more.
She’d just prefer not to get too close a view next time.