How the ocean is gnawing away at glaciers 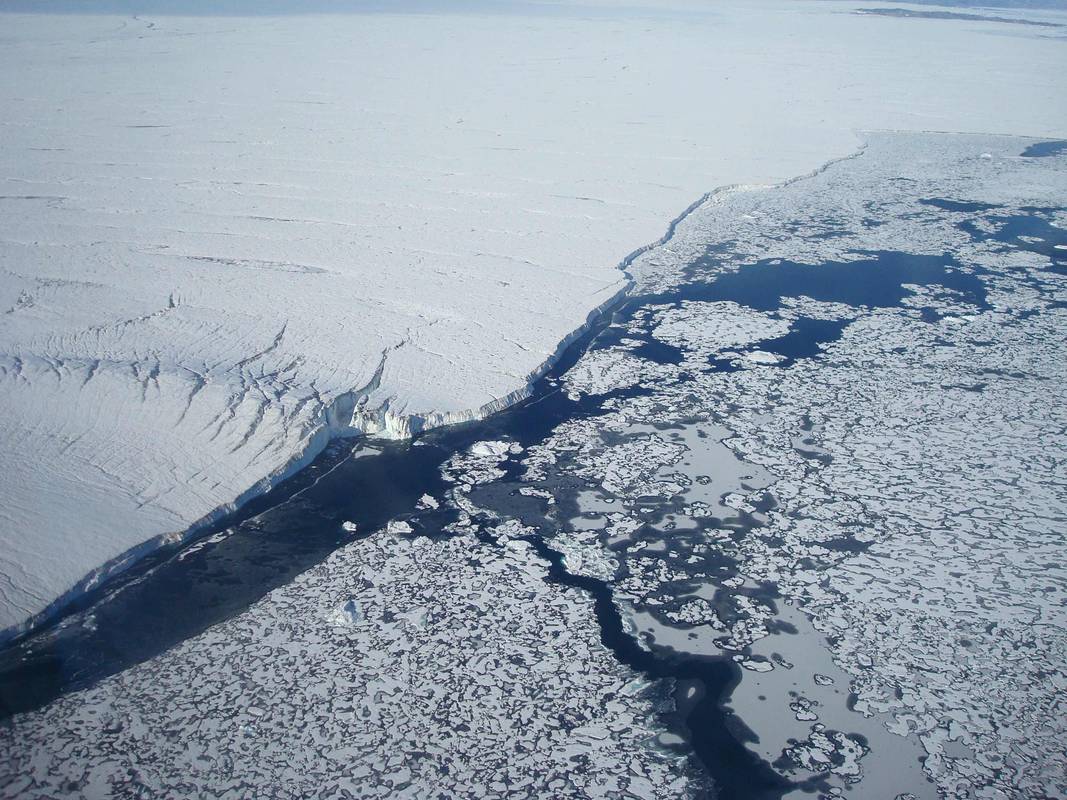 The Greenland Ice Sheet is melting faster today than it did only a few years ago.
The reason: it’s not just melting on the surface – but underwater, too.
AWI researchers have now found an explanation for the intensive melting on the glacier’s underside, and published their findings in the journal Nature Geoscience.

The glaciers are melting rapidly: Greenland’s ice is now melting seven times faster than in the 1990s – an alarming discovery, since climate change will likely intensify this melting in the future, causing the sea level to rise more rapidly.
Accordingly, researchers are now working to better understand the underlying mechanisms of this melting.
Ice melts on the surface because it is exposed to the sun and rising temperatures.
But it has now also begun melting from below – including in northeast Greenland, which is home to several ‘glacier tongues’.
Each tongue is a strip of ice that has slid down into the ocean and floats on the water – without breaking off from the land ice.
The longest ice tongue, part of the ‘79° North Glacier’, is an enormous 80 km long.
Over the past 20 years, it has experienced a dramatic loss of mass and thickness, because it’s been melting not just on the surface, but also and especially from below. 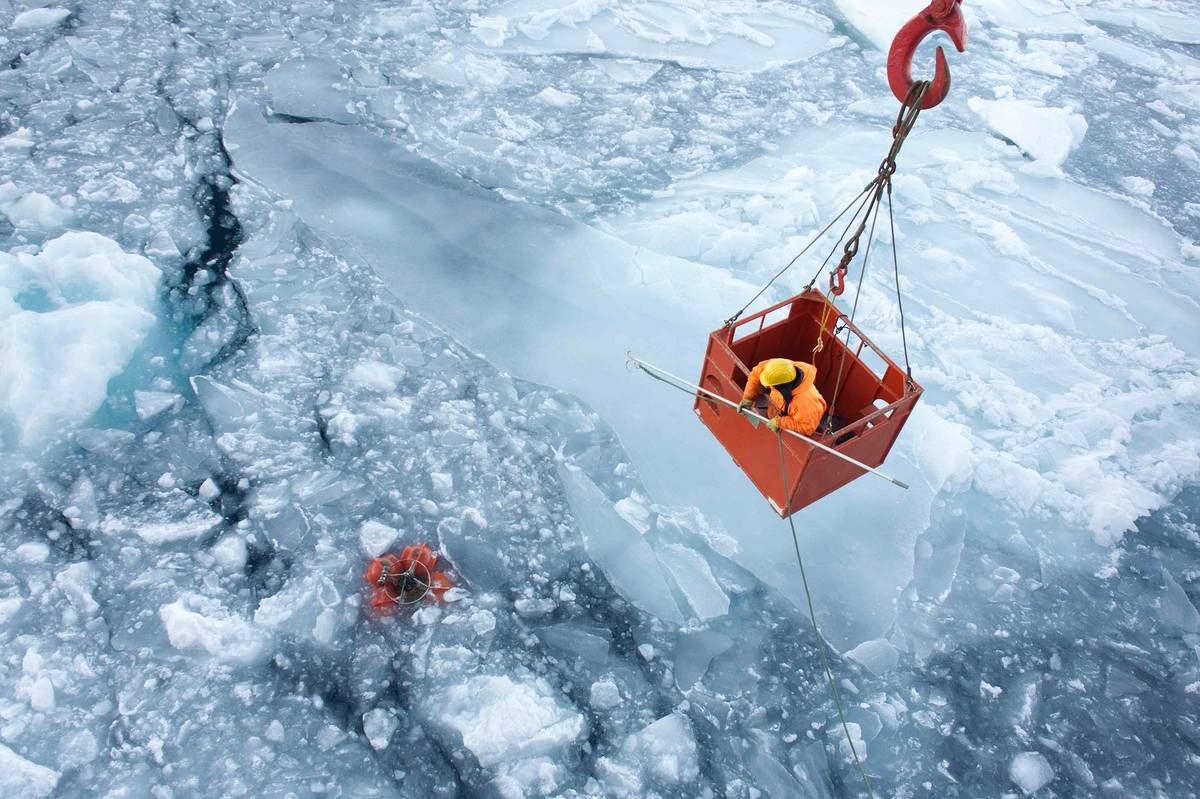 Collecting measuring instruments is a particular challenge in ice-covered regions.
Here the "Mummy Chair" is used to fasten a rope with an anchor hook at the anchoring which is to be collected.
If this is successful, the anchoring is gently pulled out of the water on deck of the POLARSTERN by a crane.
(Photo: Richard Jones, Alfred-Wegener-Institut) 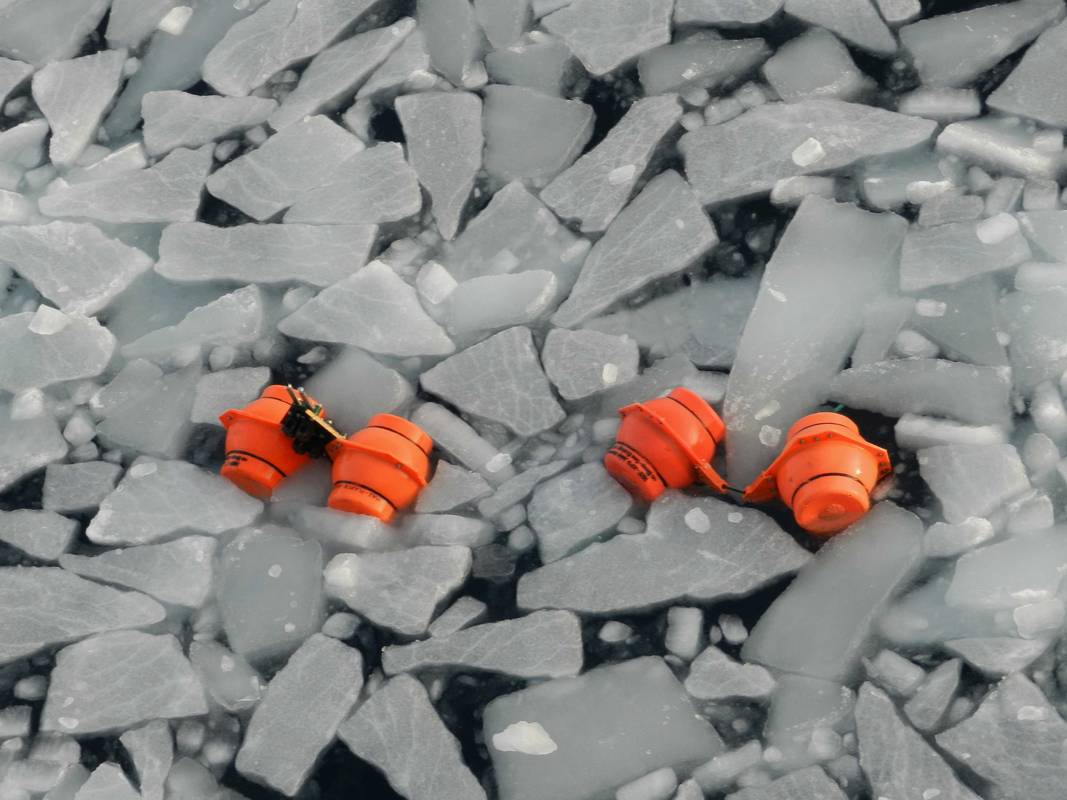 To measure ocean temperatures and current velocities at one location for more than a year, measuring instruments are strung together on a rope that is fixed to the ocean floor.
Buoyancy balls (orange) ensure that the so-called anchoring is in the water and does not fall to the bottom.
When the anchoring is to be recovered, it is pinged by an acoustic signal and then drifts back to the ocean surface (due to the buoyancy balls) from where we collect it.
(Photo: Andreas Preußer, Alfred-Wegener-Institut)
Too much heat from the ocean

A team led by oceanographer Janin Schaffer from the Alfred Wegener Institute, Helmholtz Centre for Polar and Marine Research (AWI) in Bremerhaven has now identified the source of this intense underwater melting.
The conclusions of their study, which the experts have just released in the journal Nature Geoscience, are particularly unsettling because the melting phenomenon they discovered isn’t unique to the 79° North Glacier, which means it could produce similar effects elsewhere. 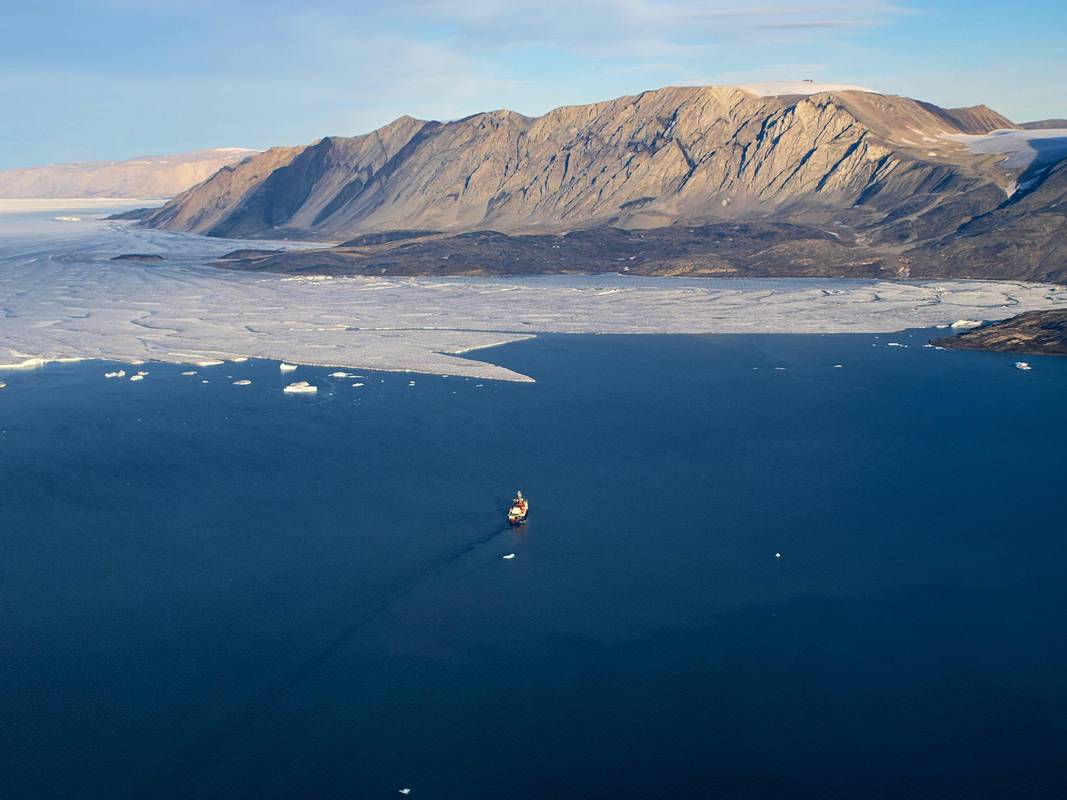 The POLARSTERN in front of a part of the glacier tongue which reaches far into the land and swims on the ocean for 80 km.
In the summer of 2016, the POLARSTERN was the first ship ever to sail to the edge of the 79 North Glacier in northeast Greenland.
The wind had pushed away all sea ice, and thus the otherwise ice-covered region was completely ice-free for one week.
This enabled us to measure the ocean and the ground accurately.
(Photo: Nat Wilson, Alfred-Wegener-Institut)

For the purposes of the study, the researchers conducted the first extensive ship-based survey of the ocean floor near the glacier, which revealed the presence of a two-kilometre-wide trough, from the bottom of which comparatively warm water from the Atlantic is channelled directly toward the glacier.
But that’s not all: in the course of a detailed analysis of the trough, Janin Schaffer spotted a bathymetric sill, a barrier that the water flowing over the seafloor has to overcome.
Once over the hump, the water rushes down the back of the sill – and under the ice tongue.
Thanks to this acceleration of the warm water mass, large amounts of heat from the ocean flow past the tongue every second, melting it from beneath.
To make matters worse, the layer of warm water that flows toward the glacier has grown larger: measured from the seafloor, it now extends 15 metres higher than it did just a few years ago.
“The reason for the intensified melting is now clear,” Schaffer says.
“Because the warm water current is larger, substantially more warmth now makes its way under the ice tongue, second for second.”

To make matters worse, the layer of warm water that flows toward the glacier has grown larger: measured from the seafloor, it now extends 15 metres higher than it did just a few years ago.
“The reason for the intensified melting is now clear,” Schaffer says.
“Because the warm water current is larger, substantially more warmth now makes its way under the ice tongue, second for second.”

Sketch of the cavity circulation and water masses at the 79 North Glacier
(Graphic: Janin Schaffer, Alfred-Wegener-Institut)

Other regions are also affected

In order to determine whether the phenomenon only manifests at the 79° North Glacier or also at other sites, the team investigated a neighbouring region on Greenland’s eastern coast, where another glacier, the Zachariæ Isstrøm, juts out into the sea, and where a large ice tongue had recently broken off from the mainland.
Working from the surface of an ice floe, the experts measured water temperatures near the ocean floor. 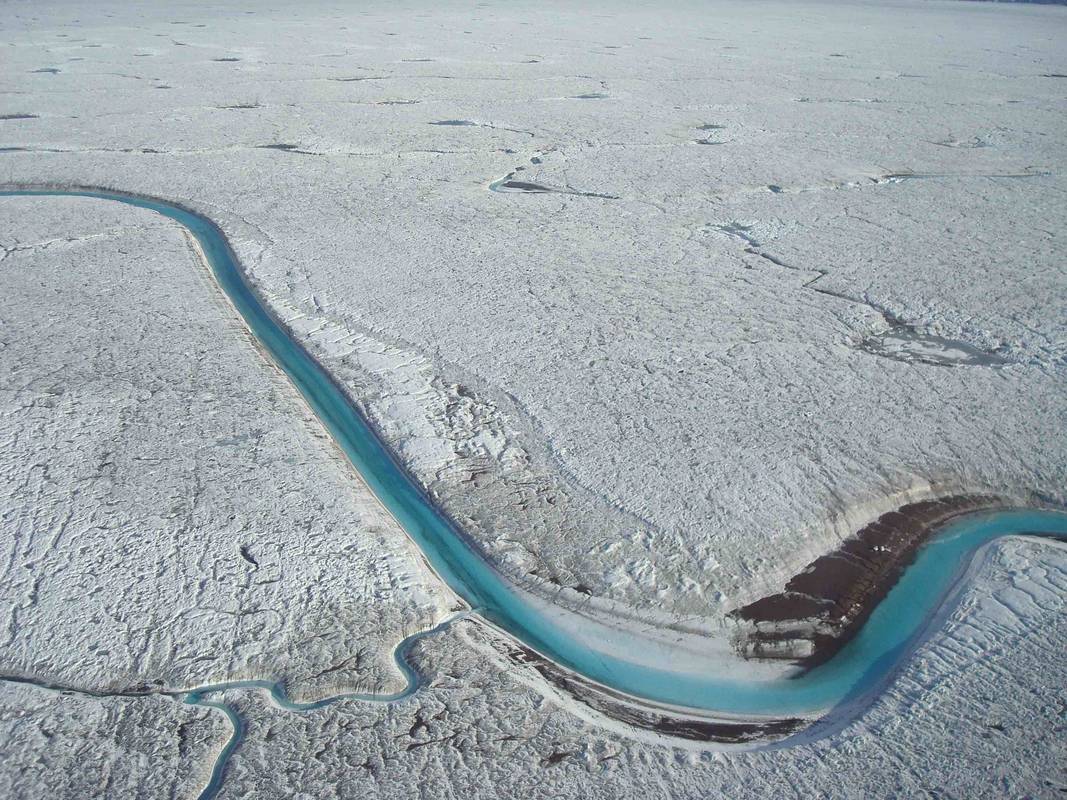 According to Schaffer: “The readings indicate that here, too, a bathymetric sill near the seafloor accelerates warm water toward the glacier.
Apparently, the intensive melting on the underside of the ice at several sites throughout Greenland is largely produced by the form of the seafloor.”
These findings will ultimately help her more accurately gauge the total amount of meltwater that the Greenland Ice Sheet loses every year.