Freedom of navigation and the Law of the Sea 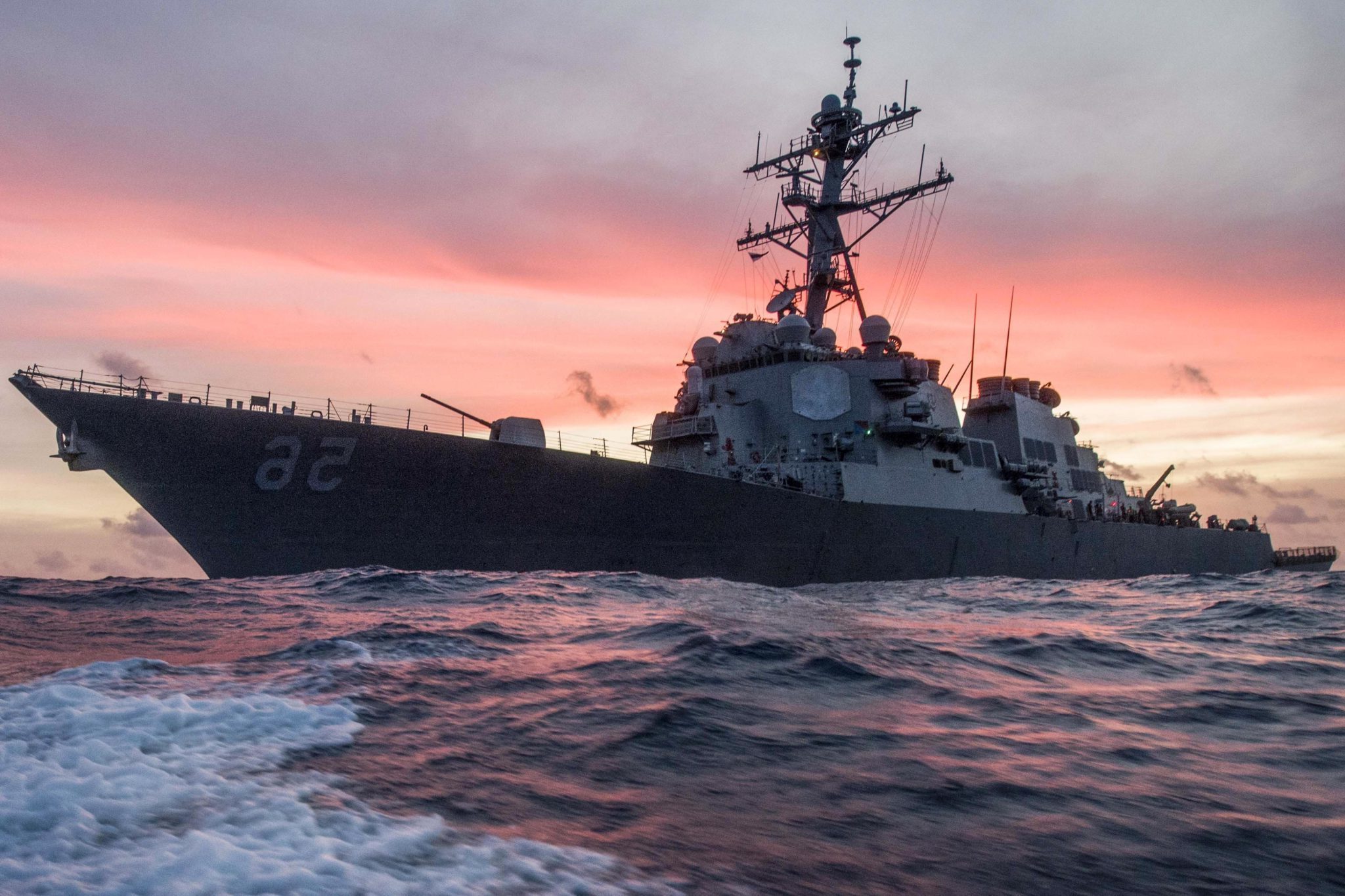 photo : US Navy on Wikimedia Commons

From PolicyForum by Sam Bateman

Rights and freedoms in the South China Sea – a practical perspective

The terms ‘freedom of navigation’ and ‘international waters’ frequently crop up in regional security discussion.
Unfortunately, their meaning can be problematic, especially when applied to the South China Sea, Sam Bateman writes.

The law of the sea is notoriously complex and often misused.
The 1982 UN Convention on the Law of the Sea (UNCLOS) talks about both ‘freedoms’ of navigation and ‘rights’ of navigation.
It does not use the term ‘international waters’.

The two large archipelagic states, Indonesia and the Philippines, don’t like the term ‘freedom of navigation’ applied to their waters because it’s an affront to their sovereignty.
Nowhere in their waters is navigation a ‘freedom’.

A ‘right’ has a more restrictive meaning than a ‘freedom’.
The difference is not great in English, but it is in Bahasa, in Indonesia, where a ‘freedom’ is a ‘kebebasan’ and a ‘right’ is a ‘hak’.
A ‘kebebasan’ is absolutely free, but a ‘hak’ is a favour or franchise where the party that grants it retains the right to set conditions.

Innocent passage through territorial sea is a ‘right’ of navigation subject to numerous restrictions – it can be suspended, there is no associated right of overflight, and a range of activities are prohibited during passage, such as fishing and the launching of aircraft.
Submarines are required to navigate on the surface and show their flag.

UNCLOS introduced the regime of ‘transit passage‘ through straits used for international navigation.
This overcame a limitation – that the extension of the maximum width of the territorial sea to 12 nautical miles meant that many straits around the world, including the Straits of Hormuz, became enclosed within the territorial sea of the bordering states, and thus subject to the restrictive Innocent passage regime.
Transit passage cannot be suspended and allows for access by all ships and aircraft in their normal mode of operation.

Similar considerations applied for archipelagic states.
A measure for Archipelagic sea lane passage was introduced to overcome the limitation that innocent passage only might apply in archipelagic waters.
It’s broadly similar to transit passage, but subject to additional limitations.

In particular, ships and aircraft are restricted to routes normally used for international navigation.
Unlike transit passage, Archipelagic sea lane passage is also described in UNCLOS as a ‘right’, rather than a ‘freedom’.

All this means there is no simple idea of what constitutes a freedom of navigation – other than in the most general sense.
The term ‘freedom of navigation’ can mean something different according to the particular geographical, political, or legal situation in which it’s applied.
Further, what might be referred to as a ‘freedom’ can have limitations, in practice, navigation is rarely a true ‘freedom’.

The United States uses the term ‘international waters’ to include the 200 nautical mile Exclusive Economic Zone (EEZ) with the high seas.
These are defined by the United States Navy’s Commander’s Handbook on the Law of Naval Operations as ‘All waters seaward of the territorial sea are in which the high seas freedoms of navigation and overflight are preserved to the international community.’ 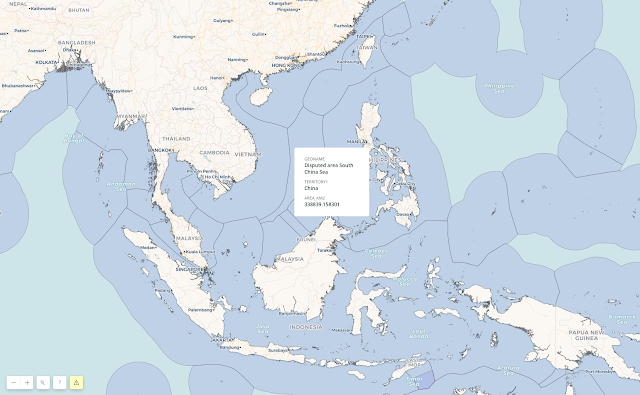 EEZ in the South Sea China with the GeoGarage platform

This definition overlooks the fact that the concept of the EEZ is based on a compromise.
The EEZ was developed because there were two views during UNCLOS negotiations regarding its nature.
Developing countries saw it as an extension of national jurisdiction where coastal states would enjoy sovereignty subject to certain limitations.
However, the maritime powers, led by the United States, saw the zone as part of the high seas where coastal states had rights over resources, but where all freedoms of navigation and overflight associated with the high seas would apply.

The compromise was that the EEZ should be a separate zone in its own right, neither high seas nor territorial sea, with EEZ’s demanding their own distinctive legal regime as set out in UNCLOS.

The Navy handbook mentioned earlier makes no mention of any limitations on high seas’ freedoms of navigation and overflight in an EEZ.
By not recognising these limitations, the handbook turns the clock back to the American position prior to UNCLOS, when they argued that the EEZ was an extension inwards of the high seas.

As the United States is not a party to UNCLOS, use of the term ‘international waters’ opens it up to criticism that it is ignoring the EEZ‘s carefully balanced compromise between the interests of coastal states and the major maritime powers.

In the South China Sea case, the ‘freedoms’ under threat are specifically the right of warships to pass through the territorial sea of another country without prior notification or authorisation, and the right to conduct ‘military activities’ in the EEZ of another country, both of which are arguably not ‘freedoms’ at all.

In international law, the word ‘right’ is intentionally used to describe these two ‘freedoms’, because neither is an unencumbered ‘freedom’, and this choice was deliberate.

Talk that China threatens the ‘freedom of navigation’ of commercial shipping in the South China Sea is reductive and harmful.

While the EEZ is an area where high seas freedoms of navigation and overflight are preserved subject to the limitations noted above, it’s also a zone where the relevant coastal states have important rights and duties.
Referring to the South China Sea as ‘international waters’ ignores the fact that it’s comprised largely of the EEZs of the disputing countries.

The terms ‘international waters’ and ‘freedom of navigation’ are often misused in describing the South China Sea situation.
These descriptions can be both misleading and provocative, and, as a habit, should preferably be put to bed and out of use by the United States and its allies.