Can a ‘crowdsourcing’ approach make the American weather model best in the world?

I just spent last week in Boston at the American Meteorological Society’s Centennial meeting.
It is one of the largest gatherings of weather expertise in the world.
During the week, the word “EPIC” was prevalent in several panel discussions, scientific presentations, and lunchtime conversations.
EPIC stands for Earth Prediction Innovation Center.
Herein, I provide a “101” on EPIC, and some insight on why some believe that it is a game changer for weather forecasting.

I spent 12 years in the government as a scientist at NASA.
I have served on numerous advisory panels for NASA, NOAA, and other government agencies.
With hesitancy, I admit to being able to speak “inside the beltway jargon” though increasingly wary of it as my tenure outside of Washington lengthens.
If you spend any amount of time with NOAA or NASA officials, the conversation often devolves into acronyms and a barrage of buzz-wordy terms that sound like a foreign language to the average citizen.
Yet, it is not uncommon to hear someone in the public talk about the “European vs the American Model.”

It is an amusing discussion because people clearly have some sense that the “Euro” model is superior to the U.S. global forecast system.
However, it is also clear to me that many of those same people think the difference in quality is similar to a “horse and buggy vs a high performance German-engineered car.”
The performance is actually closer to two high-performance cars with one having a bit more features and horsepower.
During my week in Boston among weather experts, it was clear to some colleagues that the EPIC concept was not well-understood so imagine how the public is going to grasp it.

First, let’s review a description of EPIC mentioned in The Weather Research and Forecasting Innovation Act of 2017:

Yep, this sounds like Beltway language doesn’t it.
The Capital Weather Gang’s Jason Samenow has an excellent translation.
Writing in the Washington Post, Samenow said, “Whereas historically it has been difficult for the outside research partners to test, evaluate and provide feedback on the American modeling system, EPIC will provide the framework for a “community modeling” effort.”
Simply put, EPIC will allow experts from across the weather enterprise to work together towards the U.S. modeling system of the future.

Much of the focus on the U.S. standing in weather modeling compared to the Europeans was brought into focus after Hurricane Sandy in 2012.
The “Euro” model saw the “hard left” turn several days in advance that would ultimately bring the storm into the Northeast.
The Europeans invest significantly more resources into the computing and modeling aspects of weather forecasting.
NOAA has to invest in computers, models, satellites, radars, personnel at National Weather Service offices, weather balloons, ocean monitoring, fisheries, instruments, climate prediction and more.
It is a different philosophy rather than the U.S. being “asleep at the wheel.”
Dr. Neil Jacobs, a veteran of the private and public sector, is the interim Administrator of NOAA (his confirmation is pending).
He, with the backing of federal law, is upping the ante on U.S. investments in weather modeling, and EPIC is a key centerpiece of the strategy.

Dr. DaNa Carlis is the Program Manager for EPIC in NOAA’s Office of Weather and Air Quality.
Carlis is as close to the program as anyone and understands the need to clarify the message on EPIC.
His perspective is captured below.


The goal of EPIC is to accelerate scientific advancements from the research community to produce the most accurate and reliable operational modeling system in the world.
NOAA is working closely with the Unified Forecast System (UFS) community to provide its operational modeling suite to the weather enterprise for community-based modeling.
In doing so, NOAA along with our partners will be able to leverage each other's model advancements across systems that are shared and adopted within the UFS framework.
DaNa L. Carlis, Ph.D.
OWAQ Program Manager for NGGPS/EPIC NOAA's Office of Oceanic and Atmospheric Research

Universities, federal labs, and private sector partners will be conducting research through a common infrastructure aligned with NOAA's operational modeling suite.
NOAA officials like Carlis believe this arrangement will accelerate the transition of new ideas and methodologies from research to practical operations.
Carlis told me, “It's an exciting time at NOAA and with the support of the community, we believe we can develop the best weather prediction system in the world.”

This all sounds great, and I will be watching closely.
There will certainly be challenges ahead: 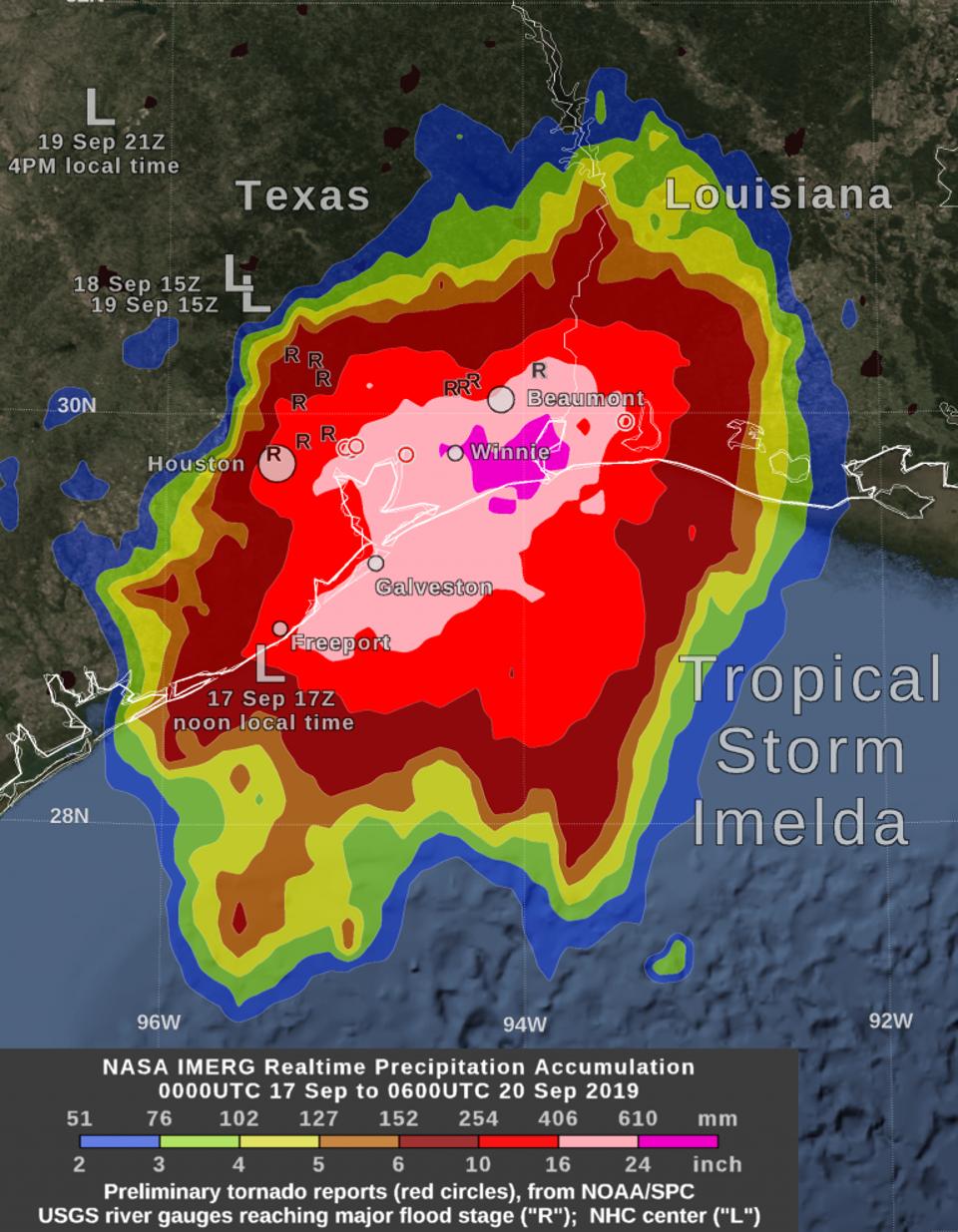 These are just questions that I thought of, and I am not a weather modeling expert.
However, during my testimony before the House Science Committee last year, I was very bullish on EPIC and the concept of a “crowdsourced” weather modeling effort.


Challenges with rainfall forecasts in Tropical Depression Imelda in Texas (2019) and rapid intensity changes observed with Hurricane Michael (2018) affirm the need for the EPIC framework.
I believe EPIC is a positive step to ensure a more nimble and responsive U.S.
weather model capability as we keep pace with or attempt to surpass other global modeling efforts.
J.Marshall Shepherd, PhD, University of Georiga, Testimony to U.S. House of Represenatives Science Committee