Storm Gloria generates the biggest wave ever recorded in the Mediterranean

On January 20, 2020, Spain's Ports of the State announced the largest significant wave height in recorded history in the Mediterranean Sea.

According to the Spanish meteorologists and oceanographers, Storm Gloria generated a record-breaking significant wave height of 8.44 meters (27.69 feet) off the port city of Valencia, in Spain.

The previous significant wave height record in the Mediterranean Sea had been set at 8.15 meters (26.73 feet) and was recorded in 2003 in Mahón, Menorca.

The authorities estimate that this time, Storm Gloria produced waves of 13.5 meters (44.29 feet).

Storm Gloria, which continues to affect much of the western Mediterranean, including France and Portugal, has already smashed several significant wave height records according to the network of deep-sea buoys.

This historical maximum, the highest data measured in the western Mediterranean, has been obtained by an ocean buoy located near Valencia. 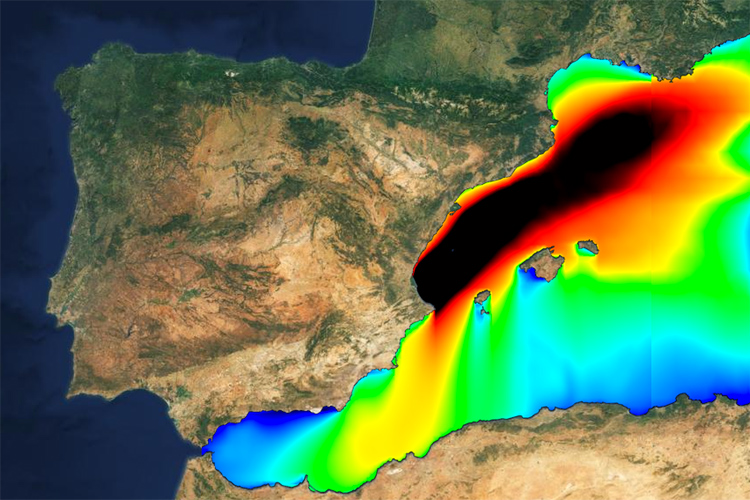 On the other hand, the significant wave height measured by buoys is a critical statistical parameter transmitted in real-time via satellite to describe the swell position in relation to the coastline.

However, the height of a wave by itself is not as representative as significant wave height, i.e., measuring a large individual wave in the open ocean does not mean that it will arrive at the coastline with the same size.

Gloria's effects have also been noticeably felt inside the ports.

This is also the maximum record ever recorded by this station since the installation of the sea level sensor in 2006.

These have not been the only wave records beaten during the passage of Storm Gloria.

The Dragonera buoy, in the Balearic Islands, also belonging to the deep-water buoy network of Spain's Ports of the State, also recorded a historical maximum since it was put into operation in 2006.

This buoy provides maximum wave height data in real-time and delivered a new record of 14.2 meters high in the same period.

In the upper part, they carry luminous beacons, and their position is communicated to the Marine Hydrographic Institute for signaling in the nautical charts.

These buoys are not adrift but, instead, have a complex anchoring line that keeps them in a fixed position.

Every hour, the wave sensor records a 30-minute wave log.

The data produced is complex and cannot be transmitted in real-time. Instead, it is stored onboard, and processed inside the buoy by a computer.

These wave parameters, along with extra meteorological and oceanographic data, are sent by satellite in real-time, since the buoys are too far from the coast for radio communication to be effective.

The buoys' maintenance is performed every four or six months.

That's when the buoy is completely revised: the anchoring line, each and every one of the sensors onboard, batteries, satellite transmission systems, light beacons, electronics, and structural parts.

Then, the raw data that is stored aboard the buoy is downloaded for later analysis in Spain's Ports of the State.