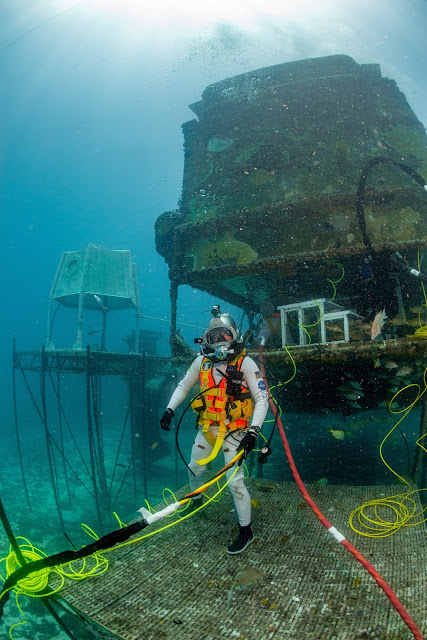 Researchers with the U.S. Navy are working with NASA to develop a heads-up display that could be used in both the Navy's atmosphere diving suit and the space agency's new NASA Extra Vehicular Activity (EVA) spacesuit. 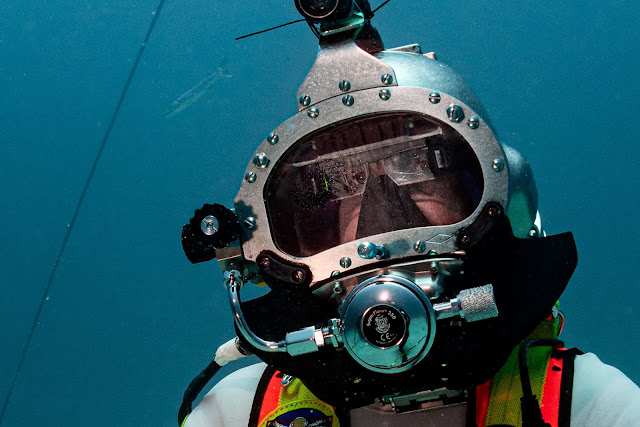 Scientists, engineers and industry partners of Naval Surface Warfare Center Panama City Division are taking their heads-up-display technology, originally designed for diving, from seabed to space.
The Diver Augmented Vision Device (DAVD) is a high-resolution, see-through head-up display (HUD) installed in the face shield of a Kirby Morgan-37 dive helmet.
This system provides divers with high-resolution visual displays of everything from a top-down sonar view of the dive site to text messages, diagrams, photographs, and even augmented reality videos. 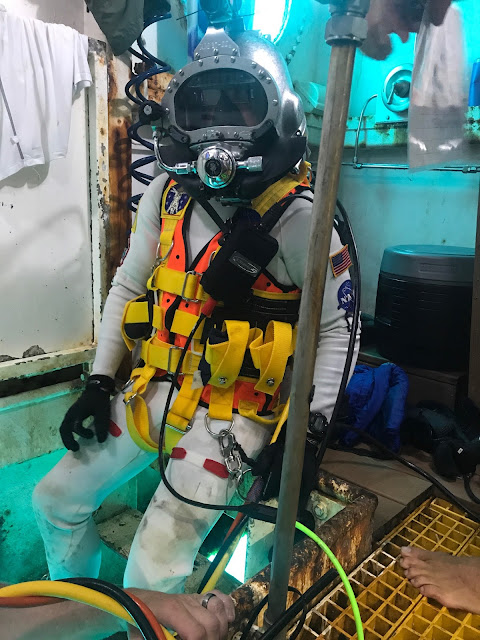 “This capability is game changing for divers who usually work in zero visibility conditions - it essentially gives them sight again through real time data and sonar,” said Allie Williams, DAVD team lead engineer.
“Even in good visibility conditions, the DAVD system allows for hands free information and less mental strain of trying to remember topside instructions.
The same benefits can be gained by astronauts as well – including better situational awareness, safety, and allowing them to be more effective in their missions.”

The DAVD development team from Panama City recently joined a team from the Johnson Space Center during the NASA Extreme Environment Mission Operations (NEEMO) exercise at the Aquarius Reef Base underwater habitat in Key Largo.
The base is the only undersea laboratory of its kind in the world, and it gives a NASA with a training environment for space exploration by providing buoyancy comparable to walking on the moon or Mars. During NEEMO-23, NASA astronauts and technical personnel used the latest generation of the system to conduct training missions and test out the idea of using a similar system in their future Extra Vehicular Activity (EVA) spacesuits during space exploration missions.

Dennis Gallagher, DAVD team project manager, emphasized the collaborative nature of the Panama City team's development process and the potential to learn more from collaboration with NASA. “You don’t achieve ‘warfighting dominance’ by taking 10 years to finally develop a rugged rotary dial phone,” said Gallagher.
“You achieve it by becoming the collaborator of choice with academia, federal labs, and industry using innovative and creative partnerships. This allows us to develop emerging technologies into new capabilities and solutions for the Warfighter at a significantly accelerated pace.”