A University of Sheffield academic has worked with Ordnance Survey to showcase the diverse geography and unique characteristics of Britain’s largest islands.

Great Britain is an island in its own right, but aside from the mainland there are hundreds of islands around the British coast, with many uninhabited. 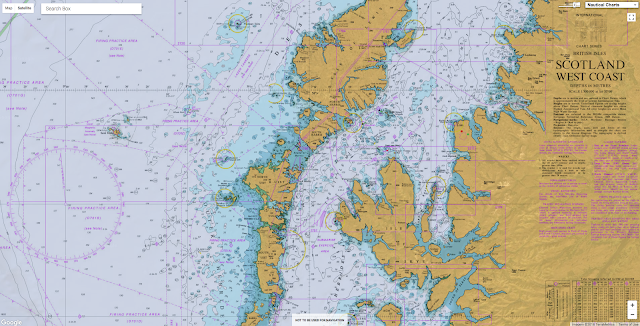 Professor Alasdair Rae from the University of Sheffield’s Department of Urban Studies and Planning worked with Ordnance Survey’s GeoDataViz team to explore the 82 English, Scottish and Welsh islands that are larger than 5km2.
Scotland – whose Parliament recently passed the Islands Bill to offer greater protection and powers to its island communities – boasts the most islands with 71, while Wales has just two entries and England nine.
The team used Ordnance Survey’s Boundary-Line data to define the area and length of coastline for each island, with some interesting results.

Britain’s largest islands - 82 of them over 5km2,
Scotland boasts the vast majority with 71, not surprising when you consider the Outer Hebrides, Shetland and Orkney and other beautiful islands off the coast.
Wales had just 2 entries and England 9

Adding in data from AddressBase, the GeoDataViz team compiled the number of residential addresses on each island and realised that having the largest area does of course not equate to having the most addresses.
Mull is the fourth largest island, but 18th when you look at addresses.
Portsea Island, which contains most of the city of Portsmouth, tops the table for most residential addresses, but is 38th in the list of islands by area.
Harta, Mingulay, Pabbay, Scarp and Taransay have no permanent residents.

The team has produced an ‘Islands Off Great Britain’ poster and a quiz where people can test their knowledge of the islands.
Professor Rae said: "Ordnance Survey was founded in 1791 and has been a global leader in geographic data for over 225 years.
In 2010, it released a huge tranche of its archives as open data, so that scientists, planners, architects, geographers and others could benefit through enhanced access to some of the best spatial data in the world.
“It's not always obvious how much data is out there, or what it shows, so our 'Islands Off Great Britain' project is a way to highlight the kinds of data available to users, and also learn something about the geography of Great Britain.”
He added: "It was great to be involved in this project with Ordnance Survey since it enabled me to work with one of our MSc in Applied GIS graduates, Joe Harrison, and renowned cartographer and geovisualization expert Charley Glynn. Working with these Ordnance Survey experts, it was great to tap into the treasure trove of data they hold to try and tell a simple story about Great Britain's islands, in a way that might draw people's attention to the underlying data." 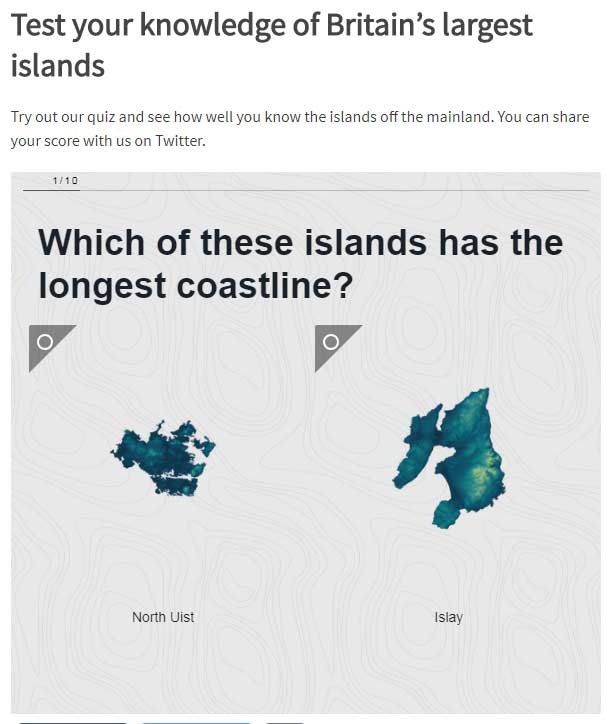 Read more about Islands Off Great Britain and take the quiz