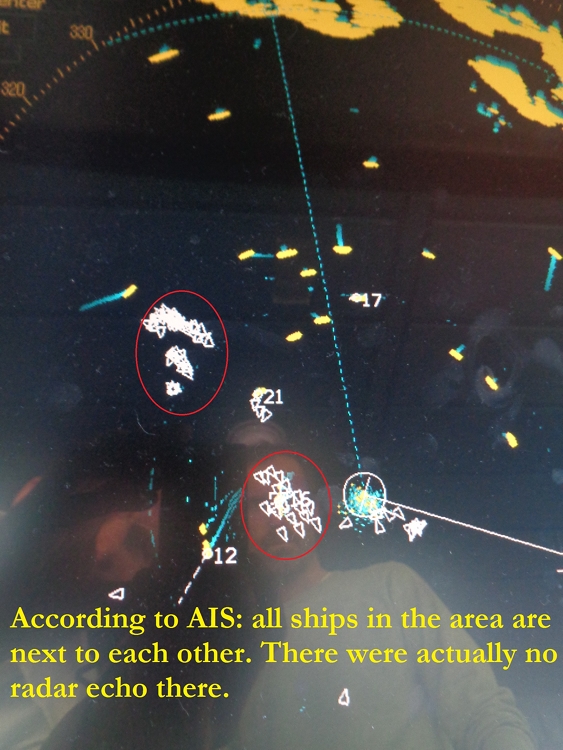 An apparent mass and blatant, GPS spoofing attack involving over 20 vessels in the Black Sea last month has navigation experts and maritime executives scratching their heads.

The event first came to public notice via a relatively innocuous safety alert from the U.S. Maritime Administration :
A maritime incident has been reported in the Black Sea in the vicinity of position 44-15.7N, 037-32.9E on June 22, 2017 at 0710 GMT. This incident has not been confirmed. The nature of the incident is reported as GPS interference. Exercise caution when transiting this area.

But the backstory is way more interesting and disturbing.
On June 22 a vessel reported to the U.S. Coast Guard Navigation Center: 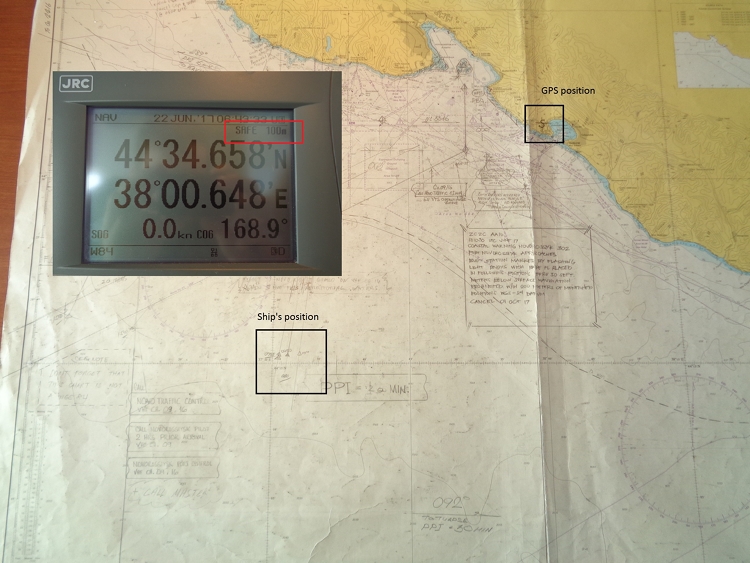 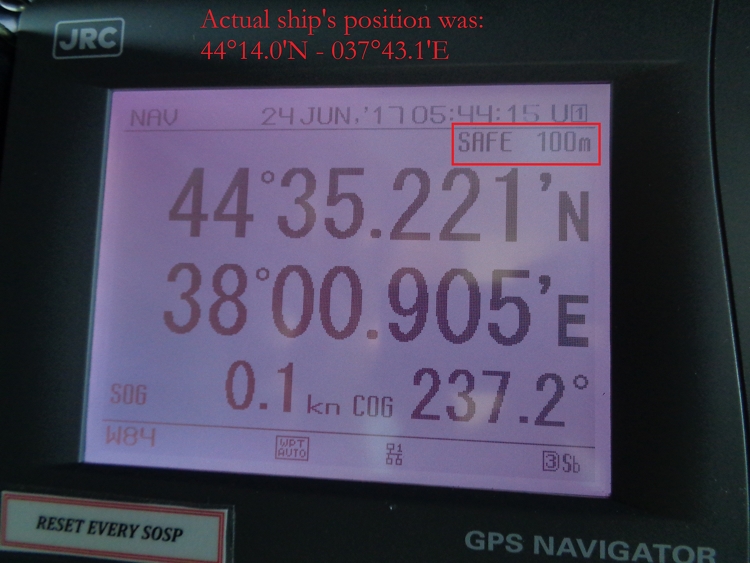 After confirming that there were no anomalies with GPS signals, space weather or tests on-going, the Coast Guard advised the master that GPS accuracy in his area should be three meters and advised him to check his software updates. 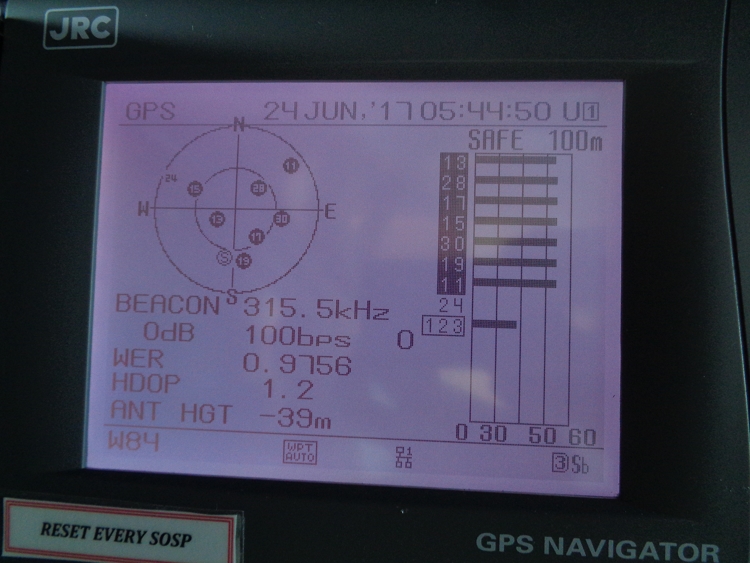 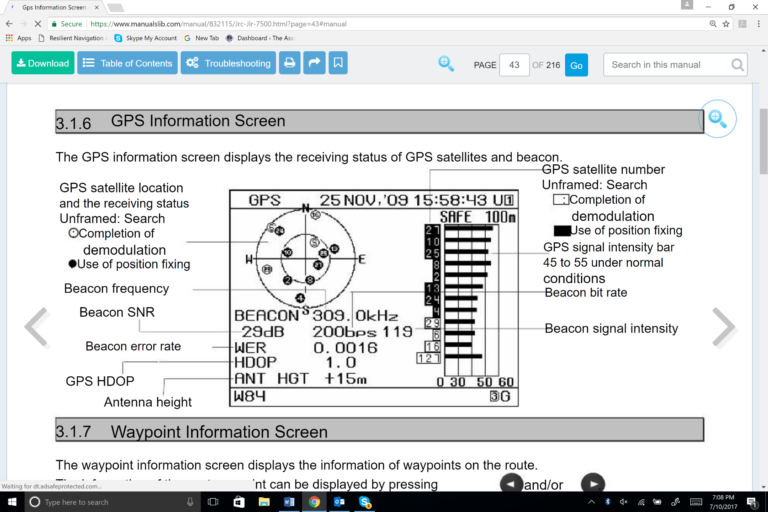 Thank you for your below answer, nevertheless I confirm my GPS equipment is fine.
We run self test few times and all is working good.
I confirm all ships in the area (more than 20 ships) have the same problem.
I personally contacted three of them via VHF, they confirmed the same.
Sometimes, position is correct, sometimes is not.
GPS sometimes looses position or displays inaccurate position (high HDOP).
For few days, GPS gave a position inland (near Gelendyhik aiport) but vessel was actually drifting more than 25 NM from it.
Important: at that time, GPS system considered the position as “Safe within 100m”.

Then last night, position was correct despite several “lost GPS fixing position” alarm that raised couples seconds only; then signal was back to normal.
Now position is totally wrong again.
See attached pictures that I took on 24 June at 05h45 UTC (30 min ago).

Note: you can also check websites like MarineTraffic and you will probably notice that once in a while all ships in the area are shifting inland next to each other.
I hope this can help.

To back up his report, the master sent photos of his navigation displays, a paper chart showing his actual position and GPS-reported position, and his radar display that showed numerous AIS contacts without corresponding radar returns.

One of the photos was of the navigation receiver’s “GPS Information Screen.”
This has allowed navigation experts to conclude this was a fairly clear, if not subtle, case of “spoofing” or sending false signals to cause a receiver to provide false information.
They point to the receiver saying its antenna is 39 meters underwater, that all the GPS satellites it is using have the same high signal strength, and that the WER, or Word Error Rate, is 97 percent (normal is less than 10 percent).

The RNT Foundation has received numerous anecdotal reports of maritime problems with AIS and GPS in Russian waters, though this is the first publicly available, well-document account, of which we are aware.

Russia has very advanced capabilities to disrupt GPS.
Over 250,000 cell towers in Russia have been equipped with GPS jamming devices as a defense against attack by U.S. missiles.
And there have been press reports of Russian GPS jamming in both Moscow and the Ukraine.
In fact Russia has boasted that its capabilities “make aircraft carriers useless,” and the U.S. Director of National Intelligence recently issued a report that stated that Russia and others were focusing on improving their capability to jam U.S. satellite systems.

Assuming Russia is behind this, why would they do such a thing?
Maybe it was to encourage use of the Russian GLONASS satellite navigation system or their terrestrial Loran system, called Chayka, instead of GPS.
Perhaps it was for some security reason known only to them.

Whatever the reason, we are reminded of a maritime GPS disruption incident last year and the U.S. Coast Guard’s subsequent advice about GPS and all satnav – “Trust But Verify.”