From Reuters by Tom Westbrook and Jonathan Barrett

Detailed sea-floor maps made during the unsuccessful search for missing Malaysia Airlines Flight MH370, released by Australia on Wednesday, could help increase the knowledge of rich fisheries and the prehistoric movement of the earth's southern continents.

The Indian Ocean search ended in January after covering a lonely stretch of open water where under-sea mountains larger than Mount Everest rise and a rift valley dotted with subsea volcanoes runs for hundreds of kilometers.
The whereabouts of the plane, which vanished in March 2014 en route to Beijing from Kuala Lumpur with 239 people on board, remains one of the world's greatest aviation mysteries.

After Flight MH370 disappeared in the Southern Ocean, Fugro was invited to help find the lost plane in a remote area covering 120,000 square kilometres in very challenging conditions.
Deploying specialist vessels, a multinational specialist crew and state-of-the-art technology, Fugro produced 3D terrain and texture maps and used deep tow sonar vehicles and AUVs to search for the wreckage.
The seafloor across the entire search area was mapped to a high level of accuracy and it became clear that flight MH370 had gone down elsewhere.

However, information gathered during painstaking surveys of some 120,000 sq km (46,000 sq miles) of the remote waters west of Australia should provide fishermen, oceanographers and geologists insight into the region in unprecedented detail, said Charitha Pattiaratchi, professor of coastal oceanography at the University of Western Australia.
"There are the locations of seamounts which will attract a lot of international deep sea fishermen to the area," Pattiaratchi told Reuters by phone.
High-priced fish such as tuna, toothfish, orange roughy, alfonsino and trevally are known to gather near the seamounts, where plankton swirl in the currents.
Pattiaratchi said the location of seamounts would also help model the impact of tsunamis, given undersea mountains help dissipate their destructive energy, and potentially change our understanding of the break-up of the ancient supercontinent of Gondwana.

The data consists of three-dimensional models of undersea landforms as well as raw bathymetric survey information and drift analysis.
It was published online by Geoscience Australia on Wednesday, with a further tranche due to be published next year. 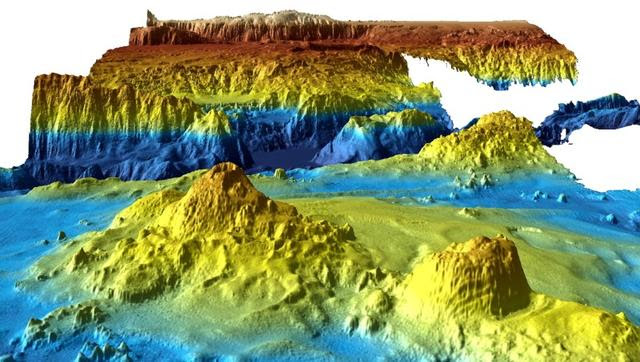 "To see this work come out of that tragedy that was MH370 is really quite astounding, they've taken it to a new level," said Martin Exel, a commercial deep-sea fisherman at Austral Fisheries who has fished in the area.
"From a fishing perspective it would be valuable information - they've found whale bones and cables and a drum, it is incredible the resolution," he said, referring to the data.
But the expense and difficulty of operating in such remote high seas made a rush to fill nets in the area unlikely, he said. 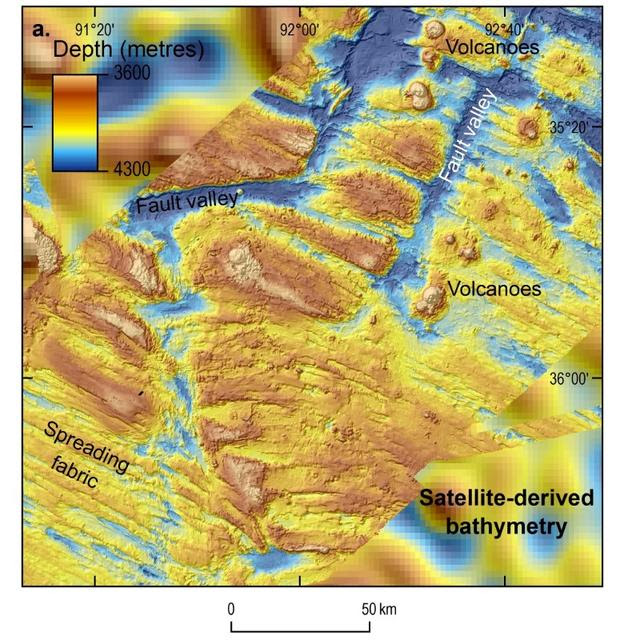 Stuart Minchin, chief of Geoscience Australia's environmental geoscience division, said the remote search area was now among the most thoroughly mapped regions of the deep ocean on the planet. "It is estimated that only 10 to 15 percent of the world's oceans have been surveyed with the kind of technology used in the search for MH370," Minchin said.


The agency has also made the data available from Australia's National Computational Infrastructure or in an S3 bucket GA describes as residing at “s3://mh370.phase1.data.”

Investigators believe someone may have deliberately switched off MH370's transponder before diverting it thousands of miles off course, out over the Indian Ocean.
Various pieces of debris have been collected from Indian Ocean islands and Africa's east coast and at least three of them have been confirmed as coming from the missing Boeing 777.

Australia has not ruled out resuming the search for the airliner but has said that would depend on finding "credible new evidence" about the plane's whereabouts.
"No new information has been discovered to determine the specific location of the aircraft and the underwater search remains suspended," Transport Minister Darren Chester said in a statement.