Rising fraud in the high seas

First-ever comprehensive review by Windward finds data relied on by finance, shipping and security sectors is increasingly manipulated and unreliable.
This growing manipulation is possible because AIS (Automatic Identification System), originally designed to promote safety at sea, has no validation mechanisms to ensure that the information is accurate.

In the first industry research report to document intentional data manipulation at sea, specialized data and analytics company, Windward, has found that ships worldwide are increasingly manipulating data to conceal their identity, location and destination, undermining the ability to track their activities. The report, “AIS Data on the High Seas: An Analysis of the Magnitude and Implications of Growing Data Manipulation at Sea,” finds that the widely-used Automatic Identification System (AIS) data is becoming unreliable, with far-reaching implications from Wall Street commodity traders to global security and intelligence agencies. 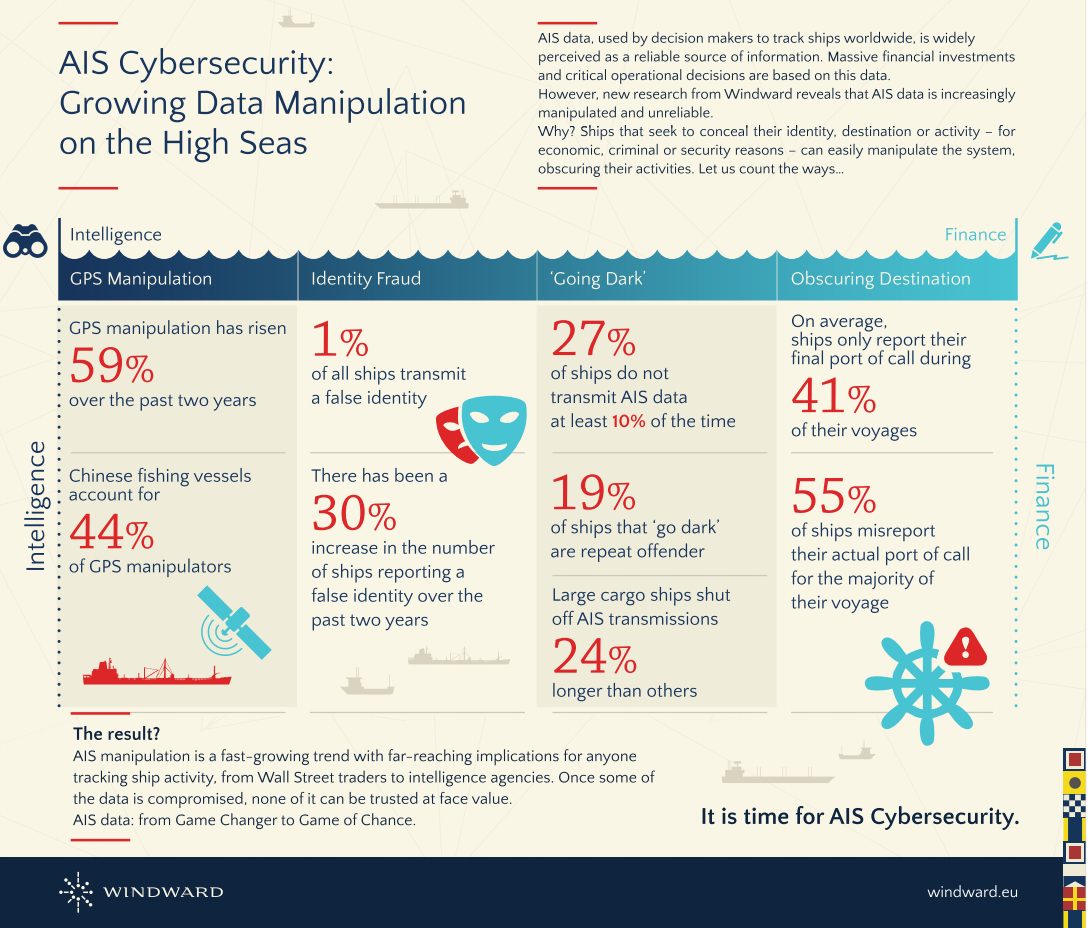 The research identifies the top five methods of data manipulation, quantifies the magnitude of this fast-growing trend, and discusses the implications for decision makers.
Some of the key findings:

False Identities on the Rise: There has been a 30% increase in the number of ships reporting false identities over the past two years, with 1% of all ships currently reporting a false identity.

Obscuring Destinations: Ships report their final port of call during only 41% of their voyages, on average, undermining commodity traders and others tracking global commodity flows and supply and demand dynamics.

GPS Manipulation: There has been a 59% increase in the number of ships transmitting incorrect positioning information over the past two years, allowing ships to obscure their actual location. Chinese fishing vessels account for 44% of GPS manipulators.

‘Going Dark’: 27% of ships do not transmit data at least 10% of the time, and large cargo ships shut off their transmissions 24% longer than other ships. 19% of ships that ‘go dark’ are repeat offenders.

AIS Spoofing: AIS can be spoofed, allowing interested parties to create ‘ghost ships’ where none exist.

Windward provides full visibility on vessels globally, based on their historical, current and projected

There are significant incentives – both criminal and financial – to conceal the real identities, locations or destinations of ships.
This growing manipulation is possible because AIS, originally designed to promote safety at sea, mandates that ships transmit information, but has no validation mechanisms to ensure that the information is accurate.
This off label use of AIS – for tracking ships vs. for safety – has resulted in a growing number of ships hiding their information.

Off course: Spoof radio signals convinced an online ship tracking service that this fake craft had traveled on a path near Italy that spelled out the hacker term “pwned,” which describes a system that has been compromised by an attacker.

“Global seaborne trade touches nearly every aspect of our lives, with 90% of the world’s trade and most of our commodities transported by sea. And yet, the oceans remain one of the last Wild West frontiers, as this report shows that the data available on what’s happening at sea is increasingly unreliable and manipulated,” said Ami Daniel, co-Founder and CEO of Windward.
“Using this data as-is is a dangerous, and costly, game of chance. With so much at stake, Windward is at the forefront of providing technology that reveals what's truly at sea.” 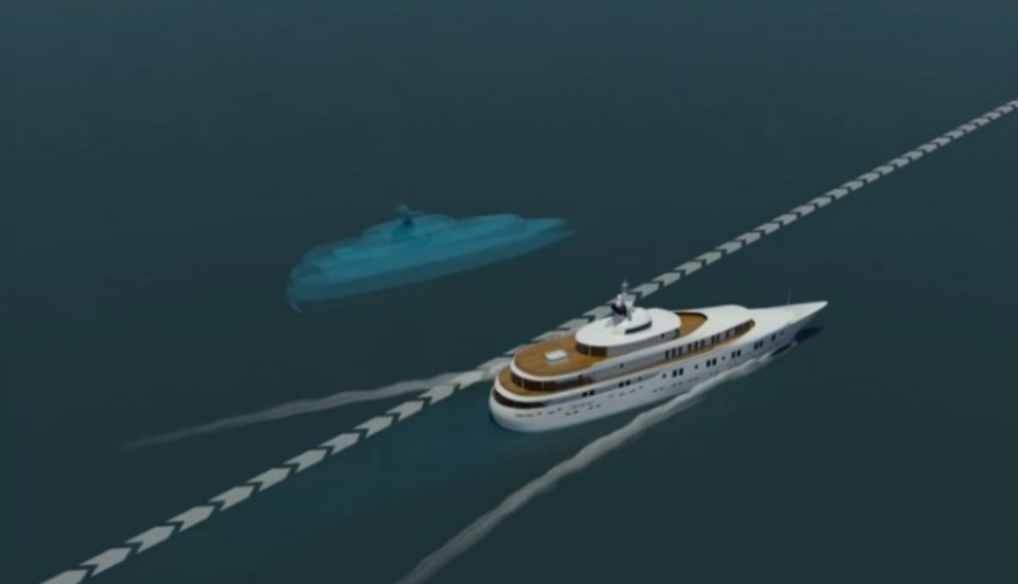 In the finance industry, taking AIS data at face value may result in a distorted view of commodity flows, a flawed understanding of supply and demand dynamics, and even impact trading models.
These manipulations also undermine security and intelligence communities’ use of watch lists as ships change identities and erase their digital footprints.
As ships grow aware that they are being watched via their AIS transmissions, Windward believes the incentive to manipulate will likely see a sharp increase.